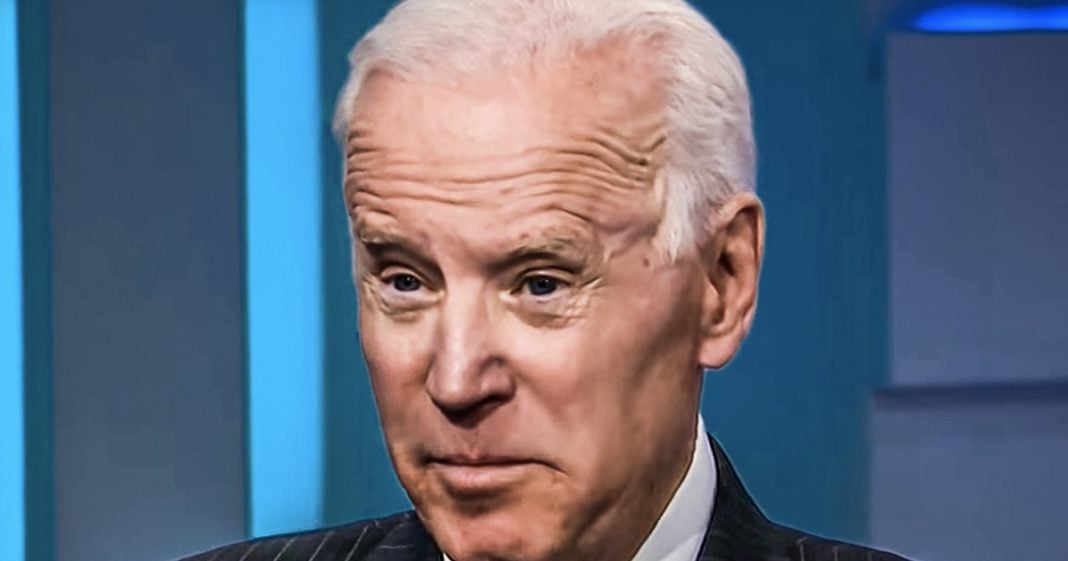 Joe Biden’s campaign might be looking good in terms of polling data, but on the ground Biden can’t stop himself from saying some of the dumbest things we’ve heard so far on the campaign trail. This past weekend he said that Trump was an aberration and that Republicans aren’t actually as bad as he is. This came after a clip resurfaced of Biden praising former VP Dick Cheney a few years ago, and just weeks after his comments about Mike Pence being a good guy and about his lack of empathy for millennials. Ring of Fire’s Farron Cousins discusses this.

Over the weekend. Joe Biden said one of the dumbest things we might have heard from Joe Biden pretty much all year, and don’t get me wrong, Joe Biden said some pretty stupid things so far in 2019 but he really tried to doing shelf this past weekend. Uh, while he was traveling through Iowa. And he made the statement that Donald Trump is an aberration. Donald Trump is not the end result of years of morphingly more disgusting Republican policies. Donald Trump is just an anomaly, a glitch in the system, and that he really doesn’t represent Republicans. You know, the Republicans Biden worked with in the Senate for years and years and years. He told us are not like Donald Trump. They’re good people, they’re decent people. Donald Trump has just some weird guy who got elected with the help of a majority of Republicans in this country. He’s also a guy that enjoys a 90 plus percent approval rating among Republicans.

Joe, I don’t know what the hell you’re doing. I assume you’re running for president, but for the love of God, will you fire immediately your advisors and your speech writers a boot edge edge. By the way, you need to follow that advice as well because you’re saying some really stupid stuff out there on the campaign trail. But let’s just focus on Joe for now. Joe. Uh, last week of video resurface the view from 2015 were you said the Dick Cheney. It’s actually a pretty decent guy. Nothing wrong with Dick Cheney. Dick Cheney allowed a the u s to torture people all over the planet, break the Geneva Conventions, start a war based on lies. The Cheney himself pushed. Oh, and he also shot his friend in the face. Let’s not ever under any circumstances say that Dick Cheney was a decent guy. Now, just a few weeks ago, you said, Mike Pence was a decent guy. Why the hell are you out there praising these horrible Republicans?

Why are you out there saying Donald Trump isn’t one of them and that they’re better than him? We all know the answer. And the answer is because you want those moderate Republican votes because you think that’s your base. You think that’s where you need to be to win an election. And I got to tell you, for a Democrat, that is probably the worst place in the world to be because guess what, Republicans and you should know this better than anybody. Joe, you were in the White House, vice president’s mansion for eight years, and you saw every day how those Republicans treated your boss, treated your party, no matter what the issue was, no matter what you want to do, accomplish, Republicans were against it and they told you explicitly that they were against it because you and Obama were for it.

Trump is not an aberration. Trump is the end result of this. He is just a symptom of a much broader disease that has infected every facet of the Republican party. And you know it, Joe, because you lived through it. Your administration would be viewed as one of the best in history. Had Republicans played nice or had you and Obama gone a little harder against them. Instead, Obama, while a transformational figure, somebody who will obviously go down in the history books, Joe, everybody’s going to forget about you, and I hope that’s what happens during this primary season as well. It’s time for you to go away. It really is, man. You’re running a horrid campaign with a horrible message reaching out to the wrong frigging people. Those people that you’re praising aren’t going to vote for you in a primary, mostly because they actually can’t in the closed primary states. So what’s the point, Joe? This is about as dumb as humanly possible, and that doesn’t even begin to cover your statement a few weeks ago about hell. You have no empathy for millennials. Wow, that’s even dumber. Can you imagine running for political office and then suddenly just coming out and saying, hey, you know that large demographic, technically at this point, the largest demographic, I don’t care about them really well. You can go fuck yourself because none of them are going to vote for you now.

And good luck winning election without the largest voting block in the country. I am tired of Joe Biden already, and this man has only been officially running for president for a couple weeks, and hopefully, hopefully as more and more people get to see who he really is and keep in mind, I’ve only talked about what he said in the last few months and one statement from a few years ago. You want to really know who Joe Biden is. Go look at his record when he was a senator, and then I promise you nobody would look at that guy, Joe Biden, the senator, and say, yeah, maybe he’d make a good president. Joe Biden’s time has passed, and hopefully all the people voting in the Democratic primary understand that when it’s their states turn to vote.