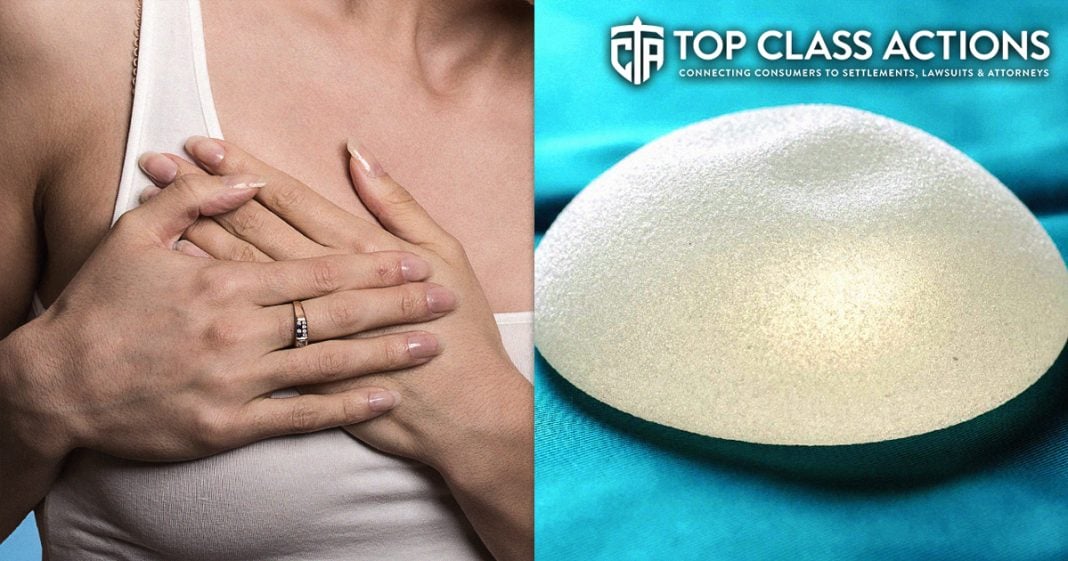 In February 2019, the U.S. Food and Drug Administration (FDA) warned that breast implants may cause a type of lymphoma called Breast Implant Associated Anaplastic Large Cell Lymphoma (BIA ALCL). Unlike traditional breast cancer, which affects the breast tissue itself, this cancer develops within the scar capsule that forms around the breast implant during the healing process. The link between breast implants and cancer was first identified in 2011, but a recent review of reports has prompted the FDA to send out a larger safety announcement as well as contact doctors regarding the issue. Ring of Fire’s Farron Cousins discusses this with Scott Hardy from Top Class Actions.

Farron Cousins:                  Most consumers may remember many years ago when there was all of this breast implant litigation, the silicone breast implants were causing huge problems in women, resulted in massive lawsuits, massive victories for plaintiffs. But today we’re now dealing with new issues with breast implants here in the United States. I’m joined now by Scott Hardy to tell us exactly what’s happening.

So Scott, after that initial round of lawsuits many years ago, Mike Papantonio from Ring of Fire here actually handled a lot of those. We’re dealing with a new set of problems here though. You know, we, we thought things would be safer now. We thought they would be better, but it turns out things may actually be more dangerous than ever for women with these breasts implants. Explain what’s happening here.

Scott Hardy:                          Right. You know, I was talking actually with a, a consumer reporter here on CBS news here in Phoenix just earlier this week and we were talking about breast implant related to illnesses and specifically now that the FDA has put out this warning regarding, I have to look at my notes here. The breast implant associated anaplastic large cell lymphoma. You know we have one disease which is absolutely connected to breast implants beyond a shadow of a doubt. And so that’s what it is, is what we’re targeting here right now and what women need to be aware of if they got textured breast implants.

But this lymphoma, the anaplastic large cell lymphoma is cancer that develops in the scar tissue itself. So if you didn’t have the breast implants, you wouldn’t have the scar tissue and you would not get this cancer. Now this cancer has killed women in the US, France and Australia, but so far France and Australia have said no more. You can’t sell this anymore. But of course in America with our current administration defending anything that could affect big business and big donors, there are taking a wait and see attitude at least for now and just issuing a warning.

Farron Cousins:                  And according to the report here on Top Class Actions, we have what, 457 women in the United States that have already been diagnosed with this specific cancer that is directly linked to this kind of breast implant. And as you said, had they not gotten this particular kind of breast implant, this cancer wouldn’t have developed. It comes with the scar tissue that this implant is designed to create. And so here we have a bad product design. It’s, it’s doing what it’s supposed to do in terms of creating the scar tissue. It’s just that that scar tissue is also now far more likely to develop into cancers.

So this, to me, this is a very big issue because, you know, with breast cancer, obviously early detection is one of your best hopes of survival. But, but you can get a mammogram for that and you, you can, you can check for lumps. I don’t know how, when you’re talking about scar tissue, which isn’t going to necessarily be felt during a, a regular exam, this is more troublesome because I feel like, and maybe I’m 100% wrong, but I feel like this would probably be a little bit harder to detect. I mean, is there anything that suggests that or, or am I off base here?

Scott Hardy:                          Well, it’s, a lot of the signs of, of, of this lymphoma are very similar to what they would have if they have breast cancer. But they want to look for signs of breast pain, lumps in the breast or armpits, swelling, changes in breast appearance, fluid buildup, skin rash and or a hardening of the breast. So if they’re doing their, their normal, their normal breast exams, you know, they’ve got a good shot at treating it and actually because this is a very, very treatable cancer. The, if this lymphoma, if it’s caught early, it’s absolutely curable.

But as you said, if the women don’t know they have it, then you know, they can get very sick and they can die as women have across the, across the globe now. But you would absolutely want to make sure that you mentioned this to your doctor as part of your routine visits so they’re extra aware and give you some additional screening to test and look for this specific cancer. Otherwise, you know, it, it’s very bad because if you just got your breasts implants removed, that wouldn’t help you have the scar tissue and that scar tissue is where that cancer is developing.

Farron Cousins:                  Okay. Good to know. Scott Hardy, Top Class Actions. Thank you very much. And if anybody needs more information on this issue, please do follow the link in the description of this video. It’ll take you right over to Top Class Actions. Sign up for their newsletter as well while you’re there, get all of these stories plus more delivered directly into your inbox every single week. Scott, again, always a pleasure talking to you.