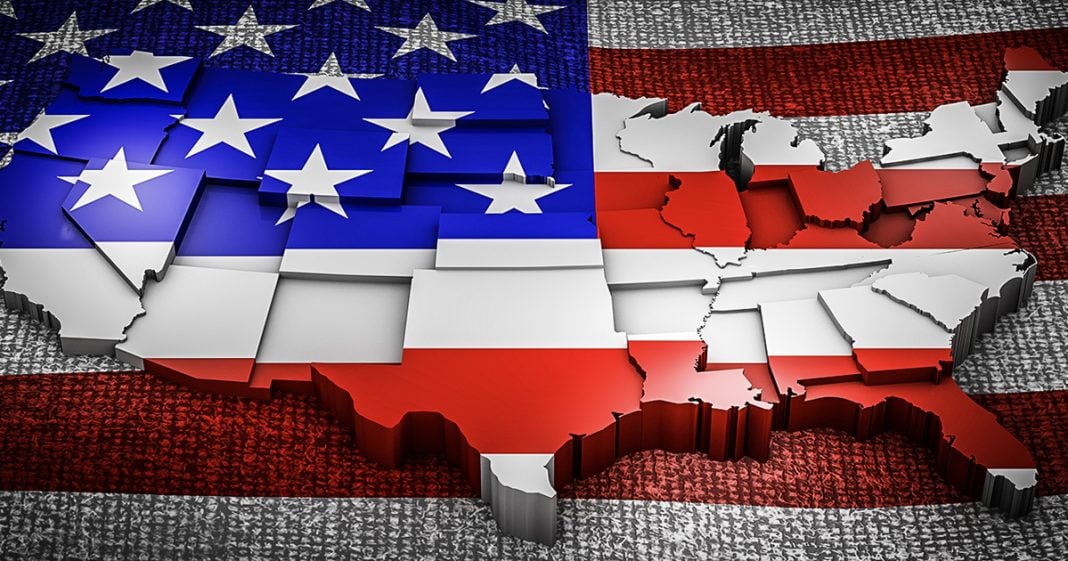 With around 20 Democrats currently vying for the nomination to be their party’s pick for president, polls can be confusing, annoying, and 100% misleading. Since we’re still months away from the debates and even further away from the primaries, anything could happen, and that’s why the polls that we’re seeing coming out every week don’t mean very much at all. Ring of Fire’s Farron Cousins discusses this.

What we’ve seen a lot of very interesting polling come out, at least on the democratic side of the aisle for the 2020 presidential election. We saw one poll this week that had Joe Biden absolutely slaughtering all of the competition. You know, he definitely got a post announcement bounce and he was up with somewhere between 20 and 30 points, head and shoulders above everybody else. Uh, except it turns out that that pole didn’t even have a sampling size of voters under the age of 49 large enough to even bother reporting. So it was a, an exceptionally skewed poll. We’ve seen other polls that, oh wow, this one looks like, oh wait, no, you only sampled like 30 people. This isn’t a good poll. Let’s all agree on something right now. While I have no doubt that the polling does help give us an idea of where everybody stands in the positioning, either first, second, third, fourth, fifth, or it’s so on place, anything beyond that polls right now don’t matter at all.

They don’t, let’s stop pretending that they do. Let’s stop pretending that the, uh, so-called numbers people, and I think everybody knows what I’m talking about. Let’s stop pretending like they didn’t get it wrong in 2016 let’s stop pretending like they know some kind of special magic formula that only they know they’re human beings and human beings can be wrong, polls can be wrong and inaccurate, and that’s what these, uh, numbers gurus are having to use. But as a student of political science and as anyone who’s taken political science as their major understands, most polls aren’t reliable. If a pole has a margin of error greater than 3% that poll is automatically discounted and unreliable and not used by real political scientists. So when you see these polls now, when the, the numbers grew, say, oh, we’ve averaged all these polls in this one had a margin of error of 8% this one at 6% all those numbers are already invalid.

Folks, any political scientists worth their weight is going to tell you that none of that even matters whatsoever. But more importantly, more importantly than just kind of dogging on those guys right now because they do do a great job and they are right a lot of the time. The problem is it’s fricking the beginning of May right now we haven’t even gotten to the debates yet folks. We don’t even know how many people are going to be on the debate stage. We could still end up with more people running for the Democratic nomination. I mean we’re up to 2022 now. Maybe. I don’t even know at this point. I think that’s how many marvel movies we have. I’m confused, but we have a lot so we may have to have like two separate debates. You know the big boy debate and the kids table debate and I don’t mean big boys and boy, we’ve got a lot of women who will take that stage and I think at this point it’s probably going to be a woman that captures the nomination.

Elizabeth Warren is surging in the polls. If those polls can be trusted, I think she’s doing much better. I don’t think Biden is doing as well as the polls. Say, but for the love of God folks right now, can we just lay off the Poles? That’s the point of all of this. None of it matters. None of it’s true, and we won’t know who is actually going to rise to the top until after those debates and after everybody has had time to either lay out their policies or prove to the public that they don’t know what the hell they’re doing. And I guarantee you that by the time we hit the end of that first debate, we will see multiple people drop out. We will see poll positions, changes, we will see people we thought were superstars become duds, and we will see duds become superstars because it happens every single time.

There was a time in the Republican party that it seemed like their next presidential candidate was going to be Jeb Bush and Jeb Bush didn’t make it past the, uh, third primary. At one point it looked like, oh my God, Carly Fiorina is going to be the nominee that that that was true folks. He was at the top of the polling as was Herman Cain at one point. They all were. Everybody kind of gets their chance. I’m running for president. They get a lot of press. They get a big bump. People see what they’re about and then it goes back down. Stop listening to the polls right now. Stop getting mad about the polls right now to a lot of people weren’t happy about the CNN poll and they’re an accurate polling and they spent days talking about it. Let it go, guys. We got so many other more important things to worry about right now. Can we please stop getting pissy about polls that are inaccurate and don’t matter? We’ll know more once the debate start, but until then, if you want to use the Poles, only use them to show you which position the candidates are in. If you read more into it than that, then you’re reading information that is blatantly incorrect.