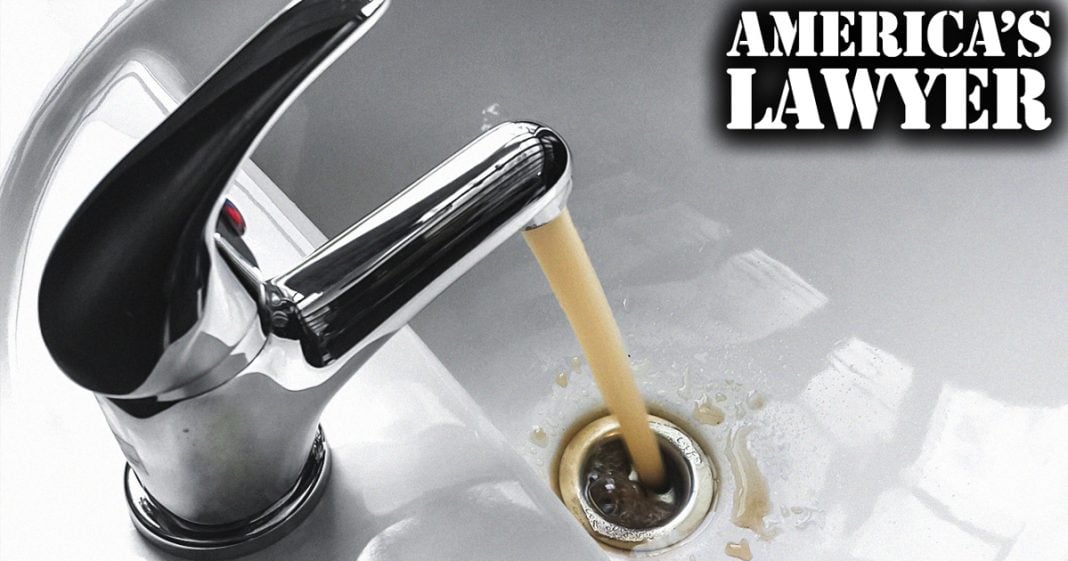 Via America’s Lawyer: A federal judge has ruled that the citizens of Flint, Michigan, can sue the federal government for their role in the city’s water crisis. Farron Cousins fills in for Mike Papantonio on this episode of America’s Lawyer to explain more.

And finally tonight, some good news. A federal judge has ruled that the citizens of Flint, Michigan, can sue the federal government for their role in the city’s water crisis that is now entering its fifth year. According to the judge’s ruling, the federal government, specifically the environmental protection agency, is not immune from lawsuits and they will have to face the music in this particular case.

Residents of the city have accused the EPA of waiting too long to take action after learning that the water was contaminated with lead, and more importantly, they’ve been accused of failing to warn Flint residents that they were actually drinking contaminated water.

If this suit is successful, it’s going to send a message to government agencies that they can’t hide from the public, and they certainly cannot escape liability. Groups like the FDA, the USDA, and the SEC could all be subjected to lawsuits if they knowingly mislead or hide info from the public. Something that we’ve known for years is taking place in this country.