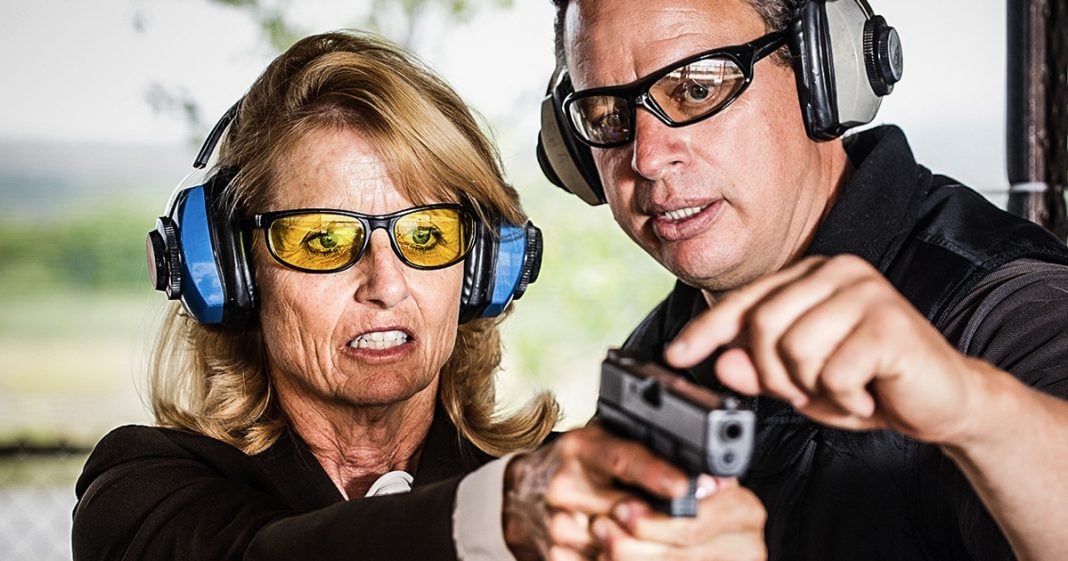 The Republicans that control the state of Florida have decided that the best way to prevent violence in our schools is to just give everyone a gun, and that’s exactly what their latest legislation is going to do. Republicans voted overwhelmingly to allow teachers to carry guns in the classroom, a move that will undoubtedly lead to more violence and more deaths, at least according to statistics. Ring of Fire’s Farron Cousins discusses this insane move by the morons who run Florida.

The Republicans who control the state of Florida this week prove that they are beyond any shadow of a doubt, the dumbest politicians in the history of planet earth. Here’s what the Republican’s in my state voted to do. They voted to expand what they had called the Guardian program, which was passed last year. The Guardian Program had allowed certain school administrators if they so chose to do so to have a firearm at school. I don’t agree with that program at all. I think more guns in school leads to more death. Uh, in fact, I think that because statistics actually prove that, but being Republicans in being stupid, the morons who run my state decided, you know what? That’s not good enough. That’s not enough guns. Let’s put more guns out there. So they voted on a bill this week that is now going to allow teachers in the state of Florida if they want to carry a gun at school. But don’t worry, there’s a caveat. You gotta go through 144 hour training course and then then you can carry a gun around children all day. You know, children who for the most part might actually be bigger than you, might be able to actually overpower you, take you by surprise, gang up on you, steal the gun that they know you’re carrying now and then commit something that they otherwise wouldn’t have been able to commit because they had no other access to firearms. You Idiots.

She also knows that if she were to bring a gun to school, literally any one of our students would be able to overpower her, take it from her, and go on a shooting spree, and I think most teachers in this state understand that as well. Whether or not they’re teaching troubled kids or just a regular classroom, more guns equals more deaths. That is a statistic that nobody can argue. I’m sure the right wing folks are going to try to argue it, but just because you don’t like reality doesn’t mean it’s not reality. This is the plan I think I’ve ever seen in my entire career of covering American politics. Every single one of these morons that we have running the state of Florida needs to be voted out. More guns will be more death. The only people, the only people who are going to benefit from this are the people who sell guns and the people who sell bullets. And I guess probably the people who run hospital corporations, because they’re probably going to see an uptick in people coming in, being treated for gunshot wounds. This is absolutely beyond idiotic, and of course it would happen and none other than Florida.