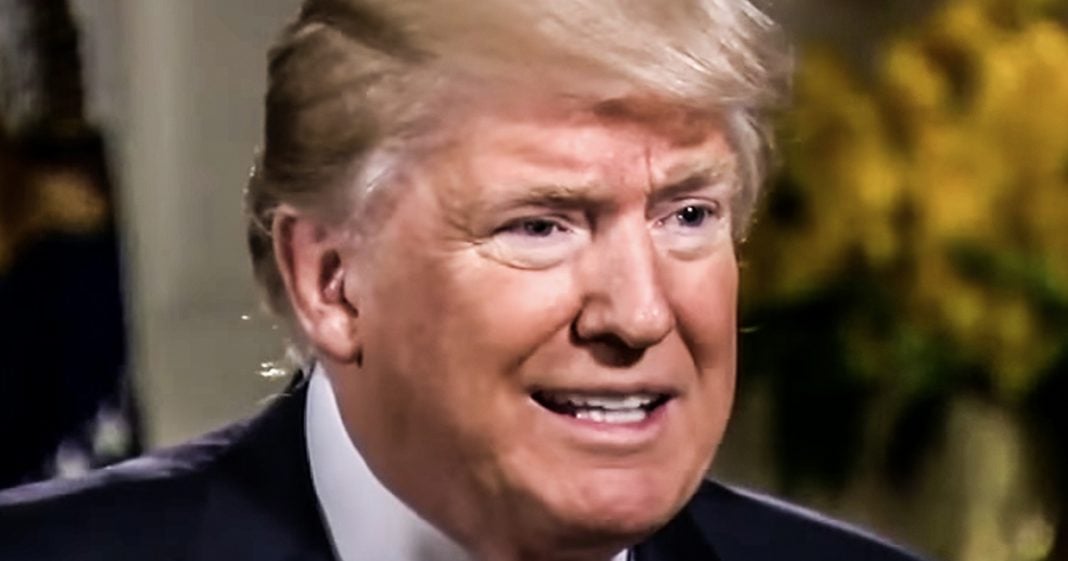 According to recent polling, most Americans don’t believe that the economy is actually booming for them, but they DO believe that the top 1% are doing better than ever. The new polling shows that Americans are beginning to understand that the economy is only working for those at the top, and they know that this was exactly the way that Republicans wanted it to work. Ring of Fire’s Farron Cousins discusses this.

You know, it seems like forever ago, even though it was only about a week ago, that Donald Trump was telling us that we can’t impeach him because the economy’s doing great. Yeah, the economy is so good that any talk of impeachment is just stupid. Uh, we had the leader of the Republican National Committee, Ronna, uh, McDaniel tweeted out this morning that the economy is doing better than ever. Everything is great. Growth is great, economy is awesome, and Democrats want attacks you 100%. Here’s the thing about the economy though, that Republicans don’t know that the public knows, and that is that it really only works for the top 1% and that’s something we’ve been saying for a couple years now and now finally, the American public actually understands that that is the way things are, that in spite of that massive, a one point $5 trillion tax cut, they’re still struggling. They didn’t get any of that. They’re not getting the bonuses, they’re not getting raises.

They’re just getting more and more screwed as time goes on. According to the latest round of polling, 62% of adults in the United States think that the economy is only working right now for the top of the food chain. The people at the top, the top 1% 62% of this country understands that they’re the only ones benefiting from this so called economic boom that Trump claims is happening. Numbers, little stark. When you break it down by party, you’ve got 82% of Democrats say it only works for the top, uh, 68% of independence, which that is the most important number. What those independence thing, and then only 34% of Republicans say it only works for the top, but hey, still a third of Republicans willing to admit that. Yeah, it’s only working for the folks at the top. That’s actually good news. It would be nice if it were higher, but 34% ain’t bad either. Furthermore, we have a 72% who believed that the American political system works to benefit those in power rather than all the people. Do you hear that right now? You hear that? That’s the sound of things changing in this country.

It’s the sound of anger brewing because people are starting to understand that they have been fed nothing but lies from the Republican Party for the last 40 years. When Ronald Reagan came along and said, hey, if we give wealthy people more money, I think some of it’s going to fall down onto you. It never did, but they never stopped trying to sell that lie. And then this most recent time when Republicans pass that tax cut at the end of 2017 and promised us rate raises, they said between four and $9,000 a year, we would be getting only to find out that we’re actually paying higher taxes. And that’s actually according to the, our taxes did go up. According to the IRS, the wealthy elite are doing better than ever. Big Banks are making more profit than other American corporations. The number who are paying $0 million in tax has doubled in the last year alone. Companies are pulling in billions of dollars in profit a year and they’re paying $0 million in taxes. Meanwhile, okay.

The working father, working mother, working family, trying to feed three kids, pay a mortgage, pay for cars, pay for daycare, pay for healthcare. Their taxes went up. They were already struggling to make ends meet and the Republicans came along and just made things so much worse. And the only bright spot of that story is that those families finally understand that this hadn’t gone to work, and that this is also exactly the way the Republicans wanted it to work. If that anger continues, if those feelings of resentment towards those at the top continue in the 2020 we could be looking at one of the best elections we have ever seen in our lifetimes. But if these people once again start buying into this propaganda of creeping socialism, coming from the Republicans, even though polls show that’s actually not working either, but if they fall under the republican propaganda, if they start believing that crap, then yeah, they’re going to be looking at at least another four years of financial misery handed to them personally by the Republicans.