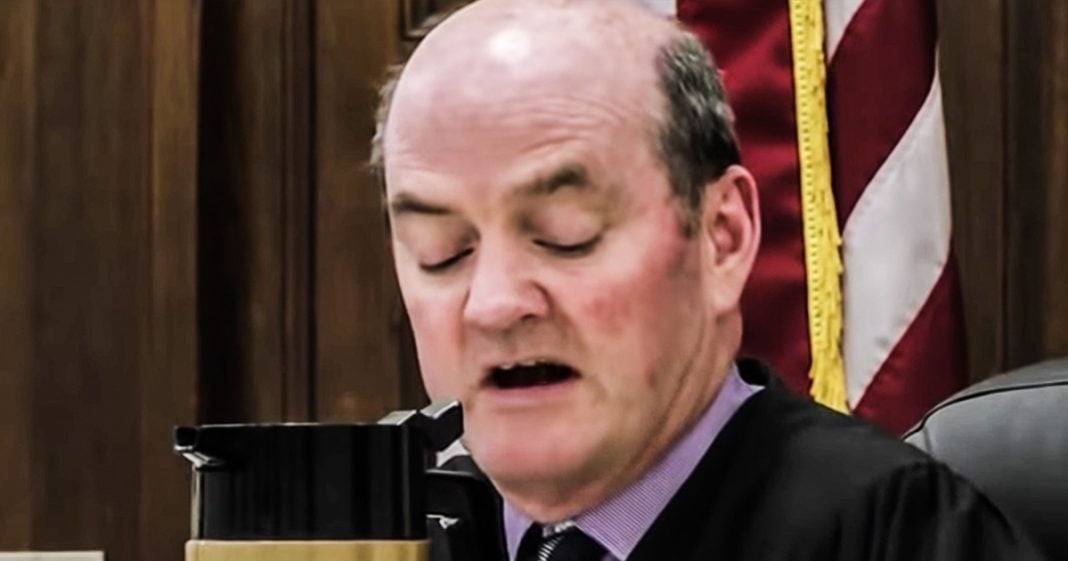 A judge in New York has let a bus driver who admitted to raping a 14-year old girl off without any jail time and without having to register as a full-blown sex offender. The judge said that the man had no priors and there was only one victim, so why bother with sending them to prison? Our justice system is a complete joke, and this ruling just further proves that. Ring of Fire’s Farron Cousins discusses this.

Here’s a little bit of trivia that I don’t think a lot of people in this country you understand. Did you know that your first crime you commit, um, you totally don’t have to face any kind of punishment for it now, I was unaware of that as well. I didn’t think that’s how the justice system work. I thought if you, if you committed a crime, you went to jail. Especially if it was something like rape. Right. Especially if you admitted that, yeah, I raped somebody. I did it. Huh? I thought you went to jail. But apparently not because a earlier this week we found out that a judge in New York decided not to send a 26 year old school bus driver to prison. Even after he admitted to raping a 14 year old girl.

The judge still said, yeah, but you, yeah, you never been arrested before. There was only one victim. The judge said, the judge said there was only one victim. So I’m just going to give you a 10 years probation register as a level one sex offender, which means you don’t have to go knock on all the doors in your neighborhood and tell them you’re a sex offender. You also don’t show up in the national sex offender registry. So basically nobody’s going to know you’re a sex offender. I guess it’s just something you’ll privately, no and 10 years probation and you’re good to go have a great day.

This is one of the most disgusting abuses of justice I think I’ve ever seen. I think the judge in this case needs to be removed from the bench immediately because guess what, judge? And you should know this, I can’t believe I’m having to tell you this. Um, you can lock somebody up for the first crime they commit, especially if it’s rape, especially if it’s a school bus driver who raped one of the kids on his boss, especially when he admits it. Oh. And also, let’s not forget the evidence that he, uh, he gave her alcohol too. So he got are good and drunk and then raped her. But yeah, first offense, right? That one’s just a throwaway. It’s a Freebie. Only one victim. I mean, hell, it’s not like he went out and raped five girls. If he raped more than one or you probably have a problem there, right? Just the one come on boys will be boys, right? Locker Room talk, right? No, this is the problem. This is why things like this, part of the reason why they keep happening because there’s no punishment. Meanwhile, this 14 year old girl is going to go through the rest of her days with this horrific memory knowing this trauma happened to her and that the man who did it never had to pay a price. Oh, I’m sorry. He had to pay like 300 bucks in court costs and $1,000 to be on the, uh, you know, to register as a sex offender. So, oh my God, this poor guy had to pay hundred dollars. I wonder how much money this girl as she gets older is going to have to pay in therapy costs. I’m willing to bet. It’s to be a lot more than $1,300 and I’m also willing to bet that no matter how much therapy she receives, how much support she receives, she’s never going to quite feel whole again. This is something that’s going to stay with her forever.

Even if she does successfully move on, it’s going to be something that’s always in the back of her head, not just that it happened, but that the American justice system is so screwed up that the man who did it was allowed to walk out of that courtroom without ever having to actually face punishment. That’s the American justice system today, and this is part of the reason why stories like this keep popping up because there’s never adequate punishment unless of course the person isn’t a white guy. Then punishments are typically a little harsher, assuming the suspect even lives long enough to be taken into custody. But for white guys, sky’s the limit. First crimes free.