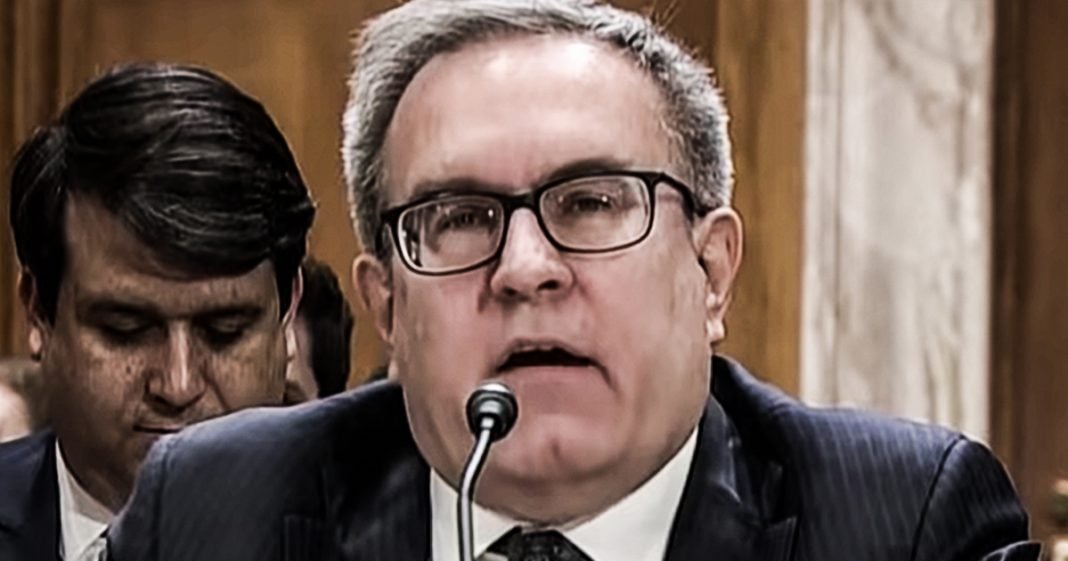 According to a new rule proposed by the EPA last week, the Pentagon could be exempt from pollution rules that limit the amount of cancer-causing chemicals that can be released into the environment. These chemicals, called PFAS, are known to cause cancer in human beings as well as causing other severe and irreversible damage to the body. Ring of Fire’s Farron Cousins explains why the EPA would make this decision, and it all has to do with money.

Last week, the EPA issued a new proposed rule that would basically exempt the Pentagon, the Department of Defense, the u s military from pollution standards here in the United States, which means military basis, Pentagon, whoever it is. They would be free to dump as many toxic chemicals into the nearby environment as they want. They wouldn’t be subjected to the same rules that other major corporations are. These chemicals that the Pentagon, who apparently has been lobbying for this rule change for quite some time. Now these chemicals are called PFAS. Uh, and what they do, they’re used in all kinds of chemicals they use in the making of Teflon. They’re used in firefighting foam and pretty much everything in between, but it’s that actually the firefighting foam of how most of the contamination from these PFAS chemicals inters groundwater because those chemicals are used heavily on military basis here in the United States. Pentagon knows this. That’s why they wanted the EPA to loosen the rules just for them because they’re dumping so many of these cancer causing chemicals into nearby environments that they’re afraid of the liability.

Here’s what we know about these chemicals. They have been linked to numerous different kinds of cancers. They’ve been linked to thyroid disease, heart disease, high cholesterol, other endocrine disorders. Basically exposure to these chemicals, which has been found in the blood of roughly 98% of people in this country, by the way. Uh, exposure to these chemicals pretty much gonna ruin your life or at least ruin your life for a period of time. Some people aren’t as lucky and it ends their life so dangerous. These chemicals are, but the Pentagon went to the EPA and said, listen, you’ve got limits at 70 parts per trillion. We’re going to need you to bump that up by a little more than a five times because we shouldn’t be responsible for cleaning up anything unless it’s over 380 parts per trillion of these cancer causing toxins. So they want to take it from 70 parts per trillion to 380 parts poorer trill, yen.

That is deadly levels of exposure, ladies and gentlemen. But that is what the Pentagon wants and that is what the EPA has put forward with their new rule proposal. And as always, there is one reason and one reason alone why the Pentagon basically the federal government. Why, why they want to change this. Because right now major lawsuits are developing against the groups, including military who have allowed these chemicals to seep into local communities, into the ground water, into the rivers, lakes and streams and poison people to everybody is being sued for it because it’s so toxic and people are getting cancers and the EPA knows that the Pentagon is facing about $2 billion just in cleanup costs, but if they raise that standard from 70 to 380 they could maybe save them a couple million dollars. You know, the Pentagon that has what over $700 billion in play money every year doesn’t want to spend 2 billion of that to clean up their toxic waste messes.

Yeah. That’s what’s happening in America today. Yeah. And they’re doing it, exposing more and more people in this country to cancer causing toxins because they literally want to save just a few million dollars out of their 700 plus billion dollar budget.