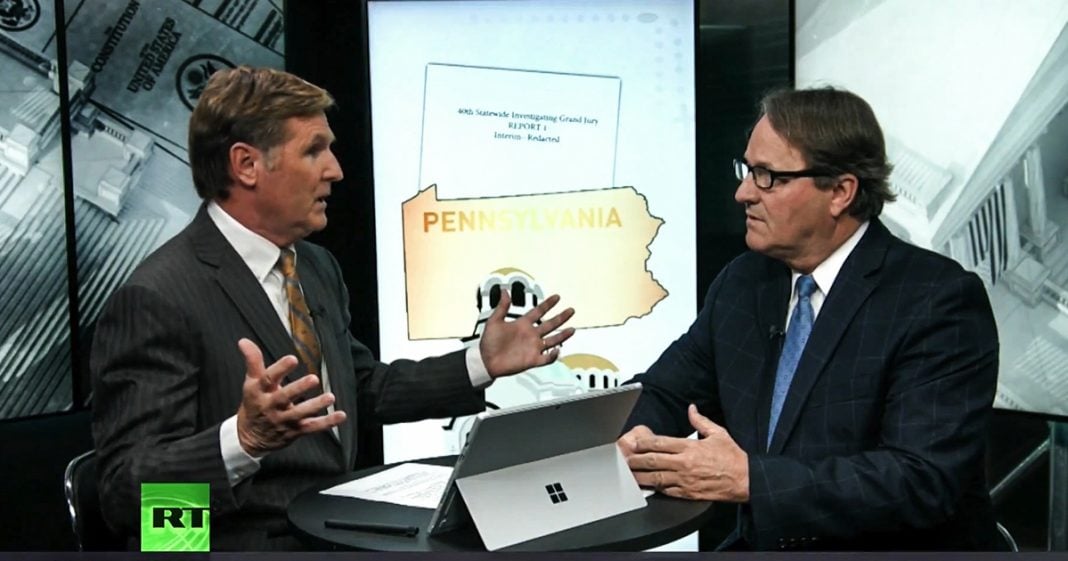 Via America’s Lawyer: Mike Papantonio and Attorney Archie Lamb discuss the latest in the grand jury investigation into clergy sexual abuse in Pennsylvania which was released in an interim, redacted form — detailing decades of alleged misconduct and cover-ups in six of the state’s eight Roman Catholic dioceses. The roughly 900-page report, thought to be the most comprehensive of its kind, paints a horrid portrait of activity that occurred in the dioceses of Scranton, Allentown, Harrisburg, Greensburg, Erie and Pittsburgh, implicating 300 “predator priests” statewide who committed “criminal and/or morally reprehensible conduct.”