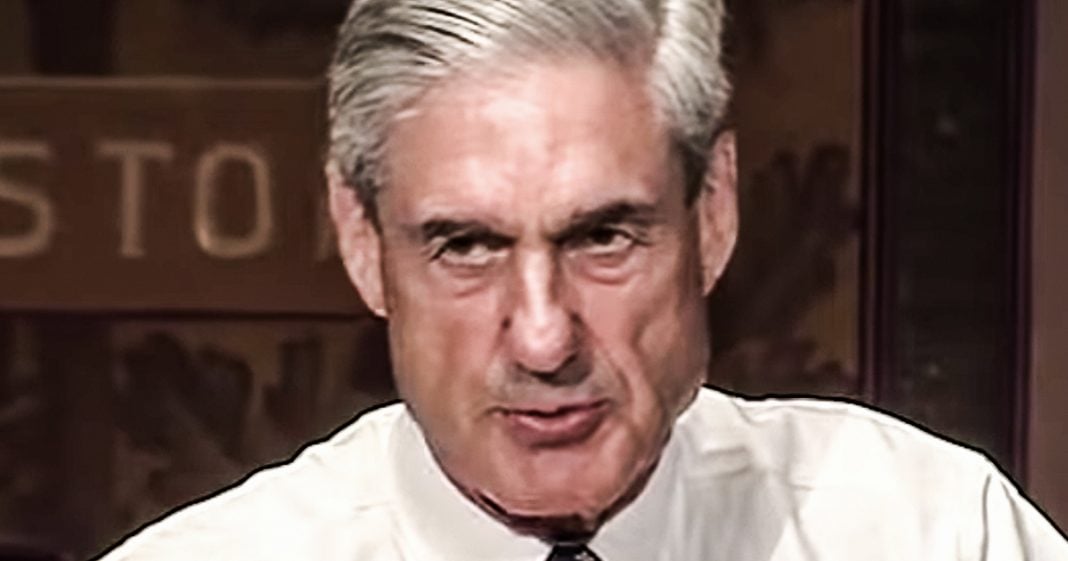 With all of the new revelations that have come out this week, it has become clear that Robert Mueller cannot stay silent anymore. He’s the man with the answers and at this point, the public desperately needs those answers. He’s been silent for a very long time, as he should have been, but now that his report is clouded with confusion, redaction, and lies, he has no choice but to speak out and let us all know what’s actually happening. Ring of Fire’s Farron Cousins discusses this.

Where the Hell is Robert Mueller? I really, I think a lot of people are asking that question today. Where in the hell is Robert Mueller? And I say that not because I care where he physically is. You know, maybe he’s at home, maybe he’s a church, maybe he’s out to eat. I don’t know. I don’t actually care where he physically is. What I want to know is where is his voice? Why is he not coming in? Speaking out? Earlier this week, we found out that March 27th he had to send a letter to William Barr, the crappy attorney general saying, Hey, you’ve missed, characterize this. You’ve, you know, screwed up this summary. This is not accurate. I am not happy.

Okay. So we learned that this week that William Barr shows up in front of Congress. According to Emily, a Nancy Pelosi lies his ass off, commits perjury. They’re not going to do anything about it. But he lies about what happened. So William bars lying to Congress, lied to the Senate, lied to the American public with a summary, likely lied to Donald Trump. Everybody’s confused, everybody’s angry. And there’s one person who can clear it all up and that person’s Robert Mueller, so where the hell is he? That’s what I want to know. You know, to his credit, and Dahlia Lithwick pointed this out beautifully on slate. To his credit, Robert Mueller has stayed kind of in the shadows. He has stayed silent because he needed to stay silent. He didn’t get part of San, he didn’t get crazy. He wasn’t seeking attention. He never wanted any of that. He just kind of wanted to do his job and get out of there and he did. Unfortunately, all of these other bad actors in this situation have forced his hand. Robert Mueller cannot stay silent any more. He has to talk. I don’t care if it’s to Congress. I don’t care if it’s to the public. I don’t care if he just holds a press conference and says, all right, everybody shut up and listen. Here’s what I found. One of those things has to happen. One of them has to happen and we’re actually beyond the time when it should happen. It shouldn’t be something that happens a month from now. It should be something that happens before the end of this day.

It should be something that everybody in this country gets to see, not a closed door hearing in Congress. We got to hear from this guy. He spent two years working on this. At first it seemed kinda cut and dry, but now there’s more questions than answers and he’s the only one with the answers. And I’m not saying that we’re going to find out that there was collusion or that president should be penalized for obstruction of justice. What I’m saying is that there’s now too many gray areas, too many bad faith actors who have lied about what’s happened, and it’s time for Mueller to just come out and tell us in his own words, based on his own report, what the hell happened and what needs to be done. Now he’s the only one that can do that in his tie. For him to step out of the shadows and let everybody hear what he has to say, whether he wants to or not, this is what the country needs now.