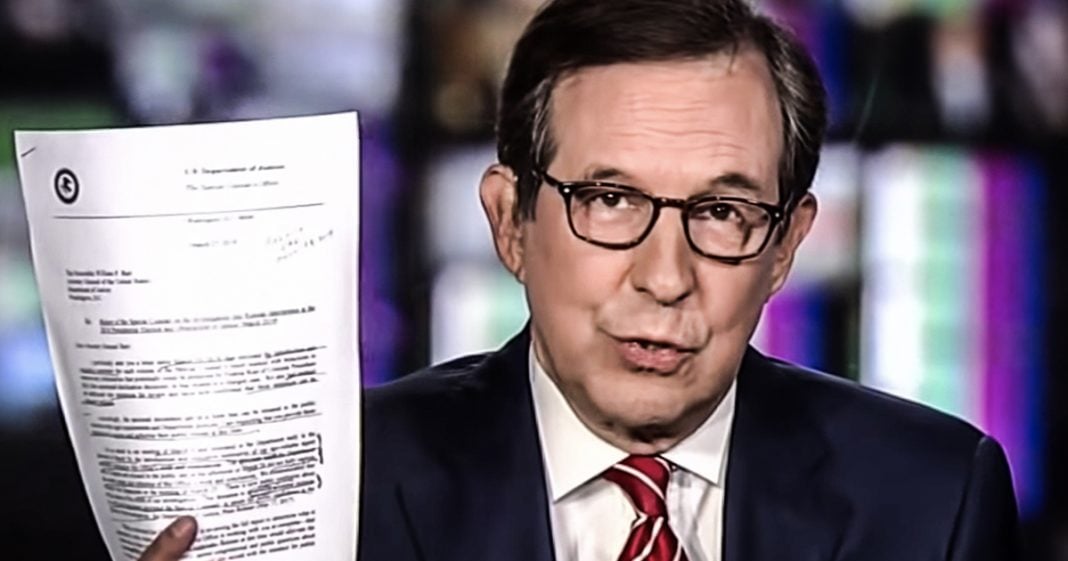 Fox News host Chris Wallace took a shot at his on-air colleagues earlier this week when he told Shep Smith that some of the “opinion” people on the network were trying to spin the Mueller letter for political purposes. Wallace is correct, but his willingness to say this on the air shows that things at Fox News may actually be a lot worse than people think. Ring of Fire’s Farron Cousins discusses this.

Farron Cousins:                   So again, this is one of the first times we’ve seen these Fox News hosts willing to take this behind the scenes fight on the air. But that is exactly what Chris Wallace did right there. And he did it obviously on a show that isn’t afraid to take shots at Donald Trump that isn’t afraid to call out the administration’s lies. And if needed, you know, isn’t afraid to correct. Some of the crap that the other on air hosts have to say. Now, this happened Wednesday. So far we haven’t seen any kind of big retribution against Chris Wallace, but I expect it’s going to come because people like Hannity and Tucker and Ingraham and Bartiroma, they’re not going to sit by and let this guy, Chris Wallace called them out like that. Now that it’s out there in the ether. Now that we’ve seen the obvious resentment that the different groups at Fox News have for one another, things are going to get a lot uglier, but I have to tell Ya, I am 100% here for that. This network has absolutely poisoned the public discourse for decades, and I would love to watch them implode live on the air. That to me, that’s definitely something on my bucket list that I really need to watch happen.