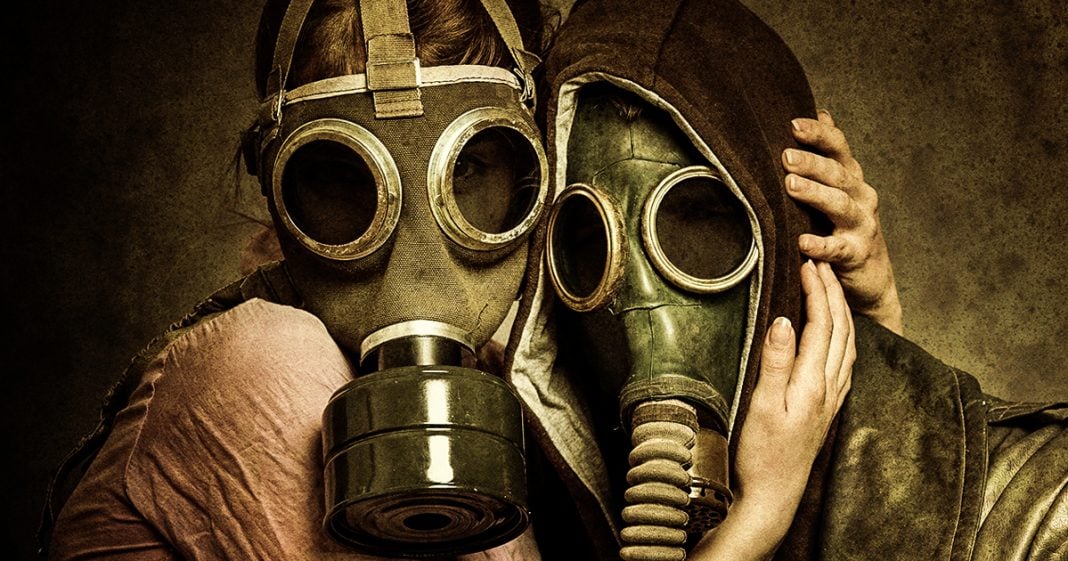 According to a new report by The American Lung Association, 43% of Americans are breathing in air everyday that is so heavily polluted that it can only be categorized as “unsafe.” This number continues to rise under the Trump administration even after it had been falling for years prior to his takeover of the White House. Ring of Fire’s Farron Cousins explains what’s happening.

According to a new report by the American Lung Association, nearly half, nearly half of people in this country are breathing air that can only be qualified as an safe every single day. 43% of people, roughly 141 million American citizens every day. Our brain breathing in air that is either over polluted with particulate matter, which comes from the burning of fossil fuels or it’s over polluted with smog. These pollutants that 141 Americans are breathing in an unsafe level of every single day cause heart disease. They cause lung disease. They send people to an early grave, and more importantly, we had actually been making a lot of progress getting rid of these pollutants or at least scaling them back. The number of bad air quality days in the United States had been steadily falling since the 1970s when the clean air act was put in place, but in just the last couple of years, something has happened. Things have actually started getting worse instead of getting better.

And you know what that thing is, Donald Trump actually, I think that’s unfair. It’s unfair to say Donald Trump because it’s not just Donald Trump. What happened is actually just the Republican party because any Republican president in the Oval Office would have done the same exact things that Donald Trump is doing. Scaling back clean air protections, you know, giving corporations waivers so that they can put more pollutants into the atmosphere. That’s not a unique to Donald Trump thing. It’s a unique to the Republican party thing and they are absolutely fine with 141 million Americans every day breathing in these pollutants because they don’t care because it saves corporations a couple of dollars and maybe a few of those dollars that get saved are going to find their way back into a Republican campaign. That’s why they do it hundred percent that’s why they do it. That’s why this is happening. That’s why more and more Americans are going to be sent to an early grave because Republicans said it’s okay if their heirs dirty because I might get a few campaign dollars from it.

We’re actually moving backwards as a country in, in in so many ways. By the way, not just environmentally. We’re moving backwards as a nation, basically across the board at this point in everything other than technology. But environmentally moving backwards is certainly not an option because moving backwards puts us closer towards that horrendous scenario where we cannot fix things. If we were moving forward, if we were making progress, there is a great chance that we could prevent some of the worst effects of climate change and start to reverse the bad ones that we’ve already seen. But instead we’re going the other way. And the reason we’re going the other way is because of Republicans. Climate should not be a partisan issue. And yet here in the United States it is, and it is because we have a party that wants to deny that science exists. And even the ones who admit that it’s real still value dollars more than they value the lives of their constituents.