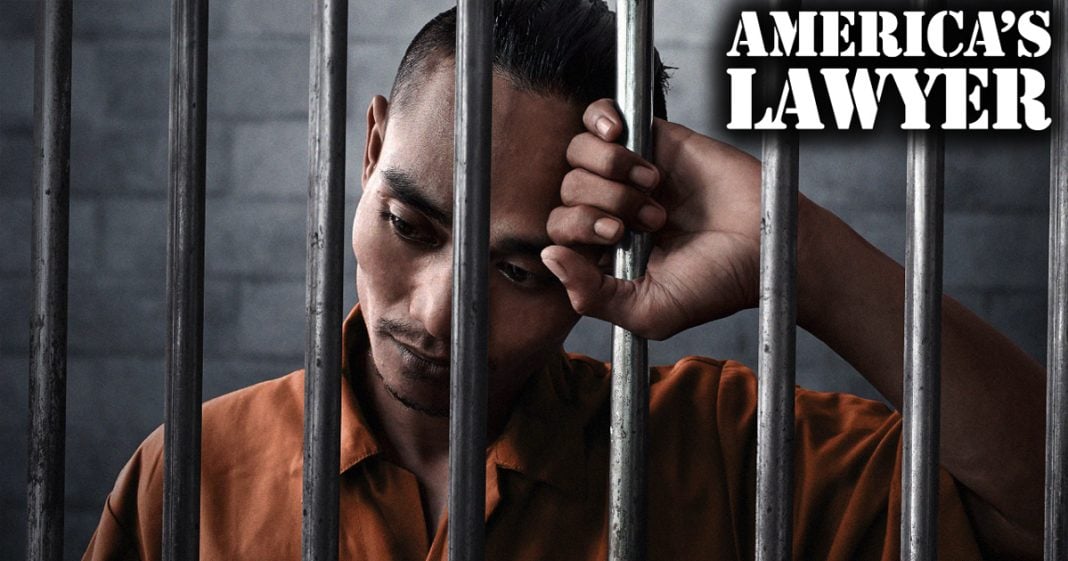 Via America’s Lawyer: RT Correspondent Brigida Santos joins Farron Cousins to discuss the increase in violence and deaths in Fresno county jails after California was ordered by the U.S. Supreme Court to reduce its prison population. Farron Cousins fills in for Mike Papantonio on this episode of America’s Lawyer.

Farron Cousins:                  No other jail in California has seen a sharper increase in inmate deaths than the Fresno County jail. RT correspondent Brigida Santos joins me now with that story. So Brigida, let’s jump right into this. When did the increase in violence and death start in Fresno?

Brigida Santos:                   The increase in violence started after a 2011 supreme court decision ordered the state to reduce its prison population. Now the goal was to actually reduce incarceration rates, but instead inmates have simply been diverted from state prisons to county jails rather than diverted from incarceration at all. Now, county jails were never meant to hold inmates long-term. And in fact, judges previously could not sentenced inmates to more than one year in county jail. But now some inmates are serving up to five years or more, and county facilities simply cannot meet that kind of demand.

Farron Cousins:                  There’s been a decrease in the overload in the state prisons. So this is a direct effect, county jails are the ones becoming deadlier, right?

Brigida Santos:                   It certainly plays a role, but it’s not the only factor. Some county jails while overcrowded have actually not seen an increase in deadly violence or death, but others have like the Fresno County jail. The reason the US Supreme Court ordered California to reduce its prison population in the first place was because it had found that the state’s overcrowded prisons violated the eighth amendment’s ban on cruel and unusual punishment. But simply moving inmates from one kind of jail to another is just a loophole. It’s not a solution. And now the same issue is actually playing out at the county level in many places.

Farron Cousins:                  But no other jail in California has seen a sharper increase in deaths then Fresno County jail. So do we know why that is?

Brigida Santos:                   Yes. Now problems at the Fresno County jail date back to 1993 when lawyers sued the sheriff’s office on behalf of inmates for alleged violations of the eighth amendment. But currently, deaths at the Fresno facility are surging disproportionately in comparison to other county jails in California, mainly due to failures by management. Since the state’s so called public safety realignment policy was implemented in 2011, 47 inmates have died in Fresno County’s main jail. Now part of this problem is that the 2011 plan diverted billions of dollars in funding from state to local governments, but sheriff’s under that policy are not required to actually use the additional money to run safer jails.

Fresno County Sheriff Margaret Mims, says that there’s a strong sense of apathy among her jail staff. And she even told reporters that deaths in Fresno jails are inevitable and predictable. But the kinds of deaths are reported out of the Fresno County main jail include inmate on inmate violence, medical neglect, suicide and substance withdrawal. All deaths that better management could actually try to prevent and likely prevent in many cases.

Farron Cousins:                  So what’s now being done, if anything, to stop these deaths? We know, we know the causes, we know why this is happening, so, so is there anything at all being done to help these inmates?

Brigida Santos:                   As of now, nothing substantial as far as I can tell. But you know, there is a solution. The best one I can think of is for people to vote Sheriff Margaret Mims out of office during the next election. You know, she hasn’t faced an opponent since 2006 when she first took the job. She won again last year. And County sheriff’s already have so much power and virtually no accountability. It’s nearly impossible to fire them when they mismanage these prisons and jails. And when they run unopposed, that power gets even greater.