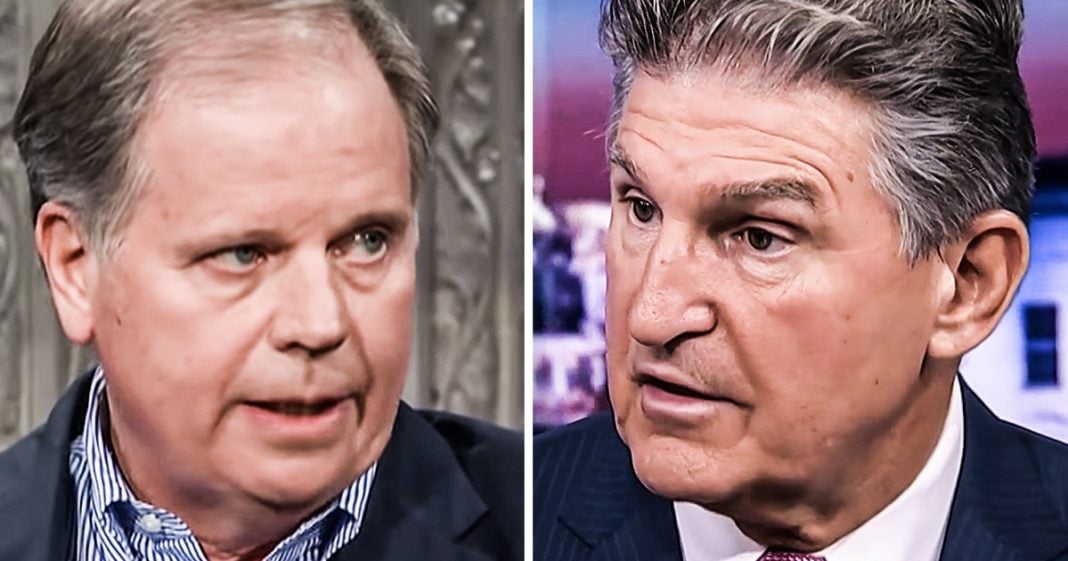 Three Democrats voted to confirm William Barr as Attorney General a few months ago, and how two of them believe that they may have made a huge mistake. Democratic Senators Doug Jones and Joe Manchin now say that Barr’s testimony to the Senate has given them cause for concern and they may actually regret their votes if he’s as big of a liar as everyone says. It isn’t like these Democrats didn’t know about his history, and he did exactly what he was hired to do. Ring of Fire’s Farron Cousins discusses this.

It was only a few months ago. There’s three centrist Democrats in the United States Senate, broke ranks with the rest of the Democratic Party and decided to go with the Republicans and confirming William Barr as the attorney general. Two of those three are now starting to think, oops, we may have made a bit of a mistake here because William barr’s, not the pillar of integrity that we had apparently thought that he was. Those two people happen to be democratic senators. Doug Jones from Alabama and Joe Mansion of West Virginia to people who have never in their lives been accused of being a liberal or a progressive or anyone far enough to the left of the center to be considered effective. It’s so now these two men in interviews yesterday following Barr Senate testimony came out and they didn’t quite say they regret it yet, but they’ve both said, check with me tomorrow cause I may regret it tomorrow.

Here are some exact quotes here. This is Doug Jones. He said he was quote greatly, greatly disappointed in what I am seeing in the attorney general officer thought he would bring this institutional stability to the Department of Justice and not be the president’s personal lawyer. And He seems like he is moving, uh, and has moved toward a less independent role. Uh, when asked if he regretted his vote, Jones said, I’m getting close to that. I haven’t said that yet, but it sure is so disappointing. I’m getting close. You might want to check tomorrow. Joe Mansion on the other hand, was actually a little more stern and then good old Dougie Jones. And he said the following, he said, absolutely I have buyer’s remorse. I would’ve made a big mistake, but the question wasn’t do you have buyer’s remorse now it was if what Mueller said about bar mis characterizing the report is true, would you have buyer’s remorse?

So Joe Manchin almost as buyer’s remorse, it’s gonna depend on whether or not William bars telling the truth, matching continues. He says, it said troubling. Absolutely a difference between the interpretation between what Mueller really meant and what he intended. And he thought he didn’t present it properly, and Barr said he basically did represent it properly. So Joe Manchin still on the fence because for some reason, Joe Manchin doesn’t know if, if we embark lied yet, honest to God, I think Joe Manchin’s, the only person in the country who doesn’t know if William Barr. Dot. Lied yet. Excuse me. Um, because we all know that the man lied. We know that Robert Mueller said it. Miss Characterization is a fancy word for you. Just lied to everybody. But here’s what gets me about this is that these people, Joe Manchin and Doug Jones, um, do they not know who William Barr is? Do they know nothing about his history?

Did they not study or learn about, or take five seconds to look on Wikipedia and find out the role that William Barr played and pardoning all the folks from a Iran Contra people who should have been in prison. And it was William Barr who became known as quote, the cover up general. That’s been his role throughout American history. That’s what he does. This is who he is. Don’t act like he ever had integrity. The man never did. He was never going to bring stability to anything except for the Republican Party by preventing its members from going to jail. That is what William Barr does. That is what he has always done, and that is exactly why he was hired to do this. Doug Jones and Joe Manchin are lying to themselves and to the American public if they’re honestly out there saying, I’m shocked that this man would do this. No, you knew this man would do this. You just didn’t know that everybody else in the country would catch on in. Suddenly look back at you and say, well, hold up. You voted for this guy. You know, one of three Democrats who did. So what the hell were you thinking? You see Doug Jones and Joe Manchin. Never thought they’d have to answer for that vote and it came back to bite them just a few months after they cast them.