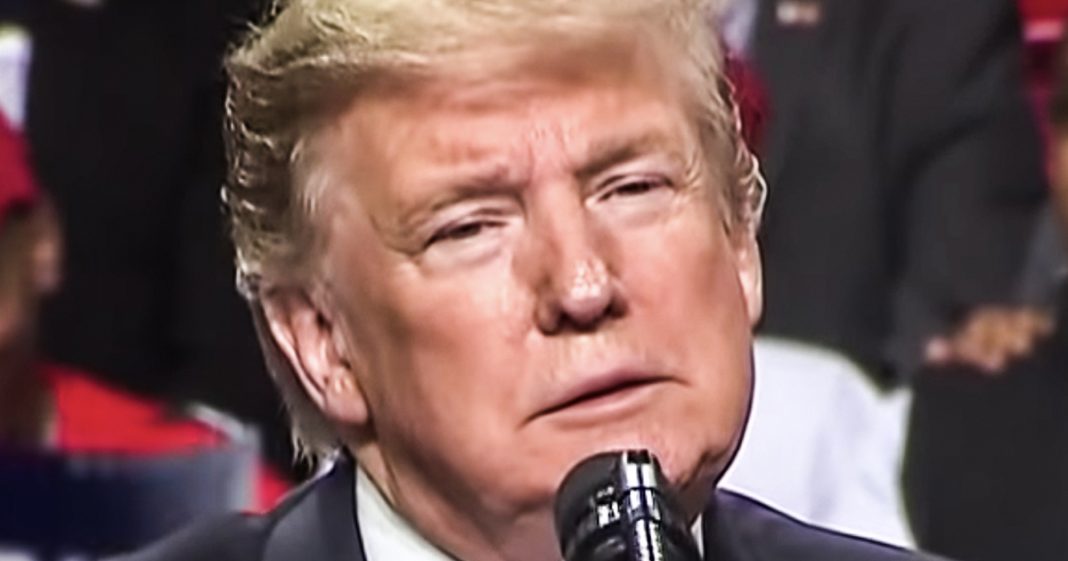 Donald Trump’s lawyers, and the President himself, suffered a major legal setback this week when a judge in Maryland ruled that the lawsuit being brought against the President for alleged violations of the Emoluments Clause could proceed. The Justice Department tried to argue that Trump’s hotels didn’t fall under the category of emoluments, but the judge saw right through that weak legal defense. Ring of Fire’s Farron Cousins discusses this.

Donald Trump is really bad at lawsuits. Just this week, the DOJ that was arguing on Donald Trump’s behalf, defending him in a lawsuit brought by congressional Democrats for allegedly violating the emoluments clause. Uh, they lost the judge in this case, told the DOJ who was trying to get the case thrown out that yeah, you’re argument is both unpersuasive and inconsistent. The judge actually issued a ruling that was over 40 pages long telling the DOJ Donald Trump’s lawyer and even Donald Trump himself, that nothing you’re saying is making any sense. This is not a valid legal argument. What the Hell is going on? I’ll tell you what the hell is going on this lawsuit because I’m not going to stop it. It’s moving forward. Now, the great thing about this lawsuit is that this is one of the two emoluments clause violation lawsuits that is, uh, currently pending against the president. The first one brought by activist organizations.

I think a, a citizens for responsibility and ethics in Washington, uh, is kind of leading the charge on that. But this other one, the one that was ruled on this week where Trump and his lawyers got smacked down. This was brought by Congress, by Democratic members of the House and Senate. 200 of them actually arguing that Trump by still taking money from his hotels and by having foreign dignitaries come and stay in those hotels, they pay their fee. It works its way up the chain in an eventually ends up in the Donald Trump’s pocket. That’s an Amalia meant the president is not allowed to accept any kind of Gif, even cash from any foreign national without the consent of Congress. Congress never consented to this. Therefore it is a violation. What the DOJ lawyers tried to argue in this case, the argument that the judge said was unpersuasive and inconsistent was that, no, no, no, no.

This is just free market capitalism at work here. Yeah, he owns the business, but he’s just making money from the business. There’s nothing wrong with that and a free market system and the judge said, yeah, there is that. That is exactly what this law was pretty much designed to prevent. After off. The judge didn’t say this. At least I don’t think so. I haven’t read the full 48 page opinion, but uh, they made Jimmy Carter sell his peanut farm because they didn’t want him to get any profits from his peanut farm and then perform some kind of political favor for somebody that bought frigging peanuts from him. Okay.

This is a hotel and not just the hotel. This also deals with licensing rights for the name, the apprentice from other countries that are currently paying Donald Trump. This lawsuit is now going to move forward. The DOJ might try to delay it. They could appeal it. I think they have one more chance to appeal, but then that’s it. If it gets approved to move forward after that, there was nothing they can do. And when they do appeal it because they will, when they do get shot down because they will, it’s going to put Trump in the position where he has to decide whether or not he wants to be president or whether or not he wants to make money. Those are going to be as options and yes, they are mutually exclusive. You can’t do one and the other, you’re going to have to pick either or.

And that is the decision that we need that man to make because we all know which decision he’s gonna to make. He’s not going to give up control and all of the profits and walk away from his companies is kids will never give it back to him if he does, whereas the president will, hell, as he says he’s gone through so much presidential harassment. It’s awful what they do to him. So here’s my advice. You want to end these lawsuits, not just the emoluments clause lawsuit, but the, uh, bank lawsuits. You got the lawsuit against the Democrats in the House that you’ve got. You want to end all that and put it to rest and not worry about it. Any more. Investigations resigned today and it all goes away. It’s all you have to do, bud. Just resign. And it’s over with.