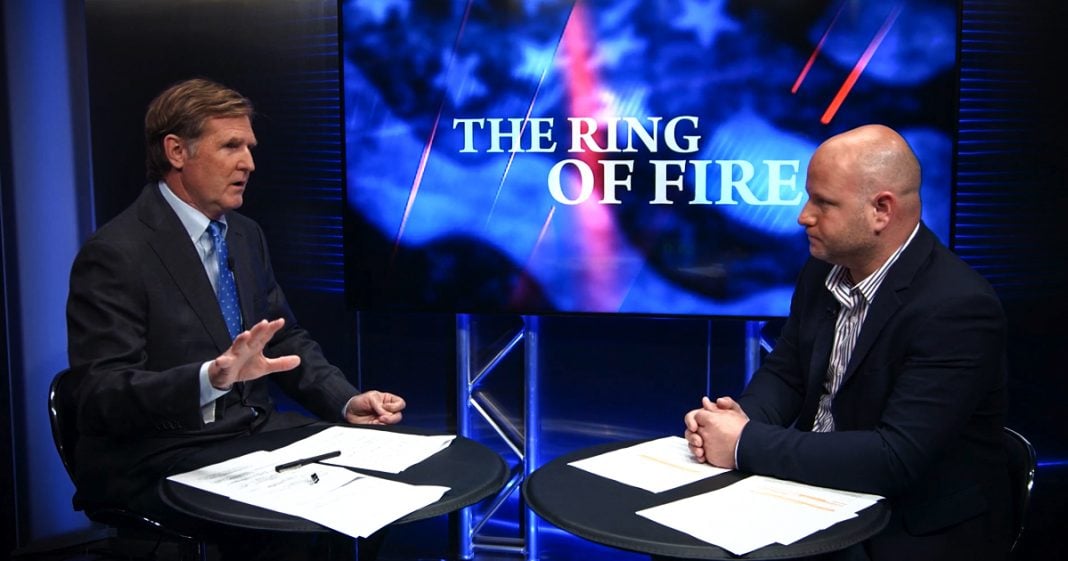 Farron Cousins:                  Absolutely, and you know, it’s interesting. We, we moved from talking about the, they don’t care if there’s arsenic in our children. They also don’t care if there’s bullets in our children and that’s what this stories about. Vista Outdoor, they also make some other kind of outdoor equipment, I think barbecue type stuff, but they’re really mad and they actually put it in their recent FEC, you know, 10k filing, whatever it is, official filing that wow these school shootings are really hurting our sales. So we have to list that as a risk factor for future investors that, hey, just keep in mind if you want to invest in our company next time a bunch of kids get shot up while they’re sitting in math class, that might impact our stock prices.

Mike Papantonio:             You know, interesting part of this story is that you’re seeing these companies, well, Remington, Colt, some of these companies are moving into a bankruptcy mode. Not because they’re afraid they’re gonna lose money. But they’re afraid that when they get sued, when finally Congress lifts what, what Congress has done has given the gun industry a free ride, there’s immunity. You can’t sue them.

I mean you can’t sue these guys and so, so you, what’s happening now is they understand that even the folks in Congress, the diehards are maybe getting pushed a little bit far here and maybe they’re going to lift this protection against the gun industry. So the gun industry is moving in a way it looks like bankruptcy. It’s really not, their filing bankruptcy kind of protection, but they’re trying to move to other companies. So when they do get stuck, when they, when the lawsuits start, they have some protection in the way that they protect their assets. You see this happening don’t you?

Farron Cousins:                  Yeah, absolutely and you know, gun sales, when Obama was president went through the roof, they had a lot of great years. Gun sales have declined a little bit since Donald Trump took office. But what you’re seeing is a reduction in new first time gun purchases. The people who are going out there and buying the guns right now, are people who already have sheds full of them, they’re not going to stop buying. But you’re not getting as many people saying, you know what, I think I’m going to go buy a pistol today.

Mike Papantonio:             Yeah, exactly. It’s that, It doesn’t seem quite as easy. And, and, and right now the manufacturers are wigging for a lot of reasons that people don’t, it’s not clear, but it has to do with possible future cases.