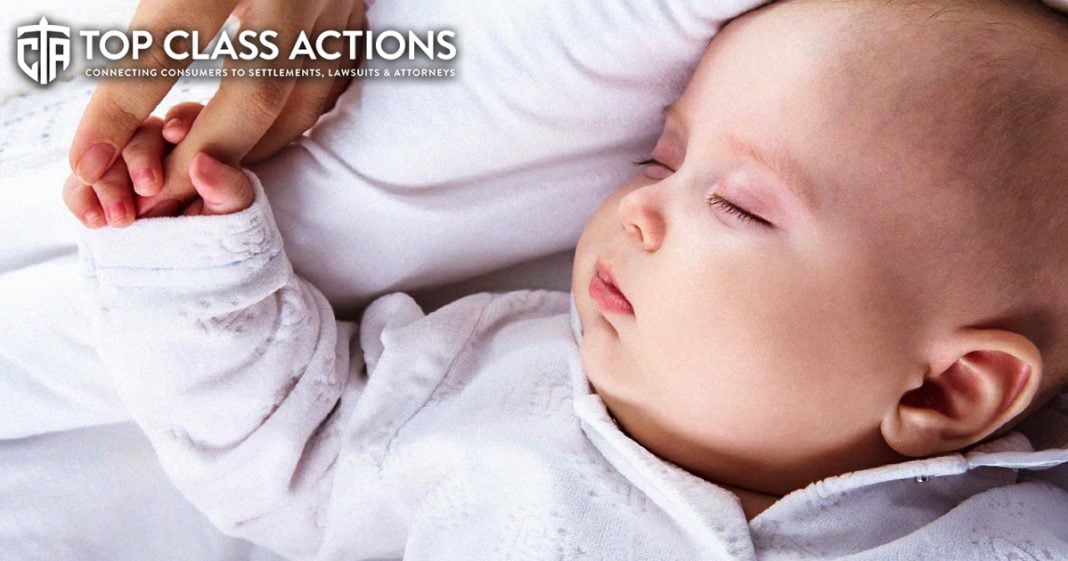 Fisher Price recently announced that they would be recalling around 4.7 million Rock-n-Play baby sleepers due to infant fatalities reported with the product. The recall affects all Rock-n-Play sleepers released since the product line was introduced in 2009. According to the company’s joint recall announcement with the Consumer Protection Safety Commission (CPSC), there have been over 30 deaths reported with the Rock-n-Play sleeper. The deaths reportedly occurred when infants rolled over in the sleeper while “unrestrained or under other conditions.” Ring of Fire’s Farron Cousins discusses this with Scott Hardy from Top Class Actions.

Farron Cousins:                  In 2009, Fisher Price released a product called the Rock-n-Play sleeper. Essentially, it was little Fisher Price device that allowed infants to go inside, fall asleep. It would prop them up a little bit. Sounds harmless, right? Well, so far since 2009 when these products were released, at least 30 reported infant deaths have taken place in this sleeper. Joining me now to talk about this is Scott Hardy from Top Class Actions.

Scott, this, I almost hate to even talk about stories like this because this is so heart wrenching for the parents who purchased this device. Maybe you got one as a gift, you know, for your baby shower and you put your child in it and they’re rolling over and they’re suffocating. They’re dying in this device because of the design. And now there’s a massive recall on it. Take it from there.

I mean, you’re, you’re a father. I’m a father. We know that babies whenever you, whenever they’re sleeping, we’re, we’re just thanking the good lord above so we can try to get some rest. But, unfortunately with the sleeper, as you said, their kids, babies, were, were, were, were rolling over and suffocating. And I thought it was interesting in some of these class actions and lawsuits we’ve seen in the past, the, the manufacturers would say, oh, the baby wasn’t restrained properly because, you know, you’d want to go ahead and put a lap band on there, which in theory should keep them from flipping over and suffocating.

But in this recall, we’re finding that there were instances of babies that, that passed away and died and suffocated even though they were properly restrained. And so you’ve got this massive recall and anyone that has this one out there, you would definitely want to stop using it. Don’t give it away, throw it in the trash, call Fisher Price. See if you can get some your, your, your money back on it because it is just a dangerous, dangerous device that, that unfortunately can’t be used because your, your child may die if you do.

Farron Cousins:                  And, and part of the reason is that, you know, we had pediatricians that have come out and said, listen, you know, Fisher Price, and this was back in 2015, you know, four years ago saying you to stop marketing this as a product that parents can just put their infant in, go to sleep and then you go about the rest of your day or evening and let the child just rest. No, you have to market this as this is a temporary, you know, take a quick, just a few minute nap really and then get them out of this. They cannot sleep in this. This is not designed to be an infant bed.

If your infant needs to go to sleep, you put them in the bassinet, you put them in the, the crib hard, you know, not necessarily hard but flat surface, nothing there that they can choke on. You know, pretty, pretty much what they tell you when you have a baby or when you go to these maternity classes. But Fisher Price, obviously one of the biggest marketers of, of infant and children toys and play sets and accessories and baby goods always got to do something to get that extra money. Always got to come up with something else like, hey, having a baby’s tough, why don’t you let us take care of it for a while?

But everybody expects when you pick your child up out of that device, you’re still going to have a child. And unfortunately terrifyingly for some of these parents, that wasn’t the case anymore. And I have to say, I think part of the reason this scares me so much is because we had one of these, I had one of these. Didn’t have any problems, thank God, but it just knowing what could have happened shakes you just as bad and this to me, absolutely horrifying that that this, that this even happened and happened for 10 years basically.

Scott Hardy:                          Right and, and so Aaron Rihn at Robert Peirce & Associates are the attorneys that are really digging into these cases. They’re also investigating jogging strollers that are breaking and kids are falling out and getting hurt. So you’ve got some, some bulldogs of lawyers that are going to be going after Fisher Price. And so we’d want to encourage people if you had this, if you had the Rock-n-Play, if you’ve had a stroller, what problems and you know, it’s falling apart. If your child was injured in any way, shape or form, we’d love, we really want to hear from me on this. Aaron Rihn and his team at Robert Peirce & Associates are going after these manufacturers and, and trying to make them pay for potentially and allegedly putting out a dangerous product for children.

Farron Cousins:                  Absolutely. If anybody needs any more information about this particular issue or, or any of these products that Scott and I discussed, follow the link in the description of this video, head to topclassactions.com. While you’re there, make sure you do sign up for their newsletter. Get all of these stories and more every single week delivered directly into your inbox. It is the best resource available to stay on top of all of these important consumer issues. Scott Hardy, Top Class Actions. Always appreciate you talking with us.