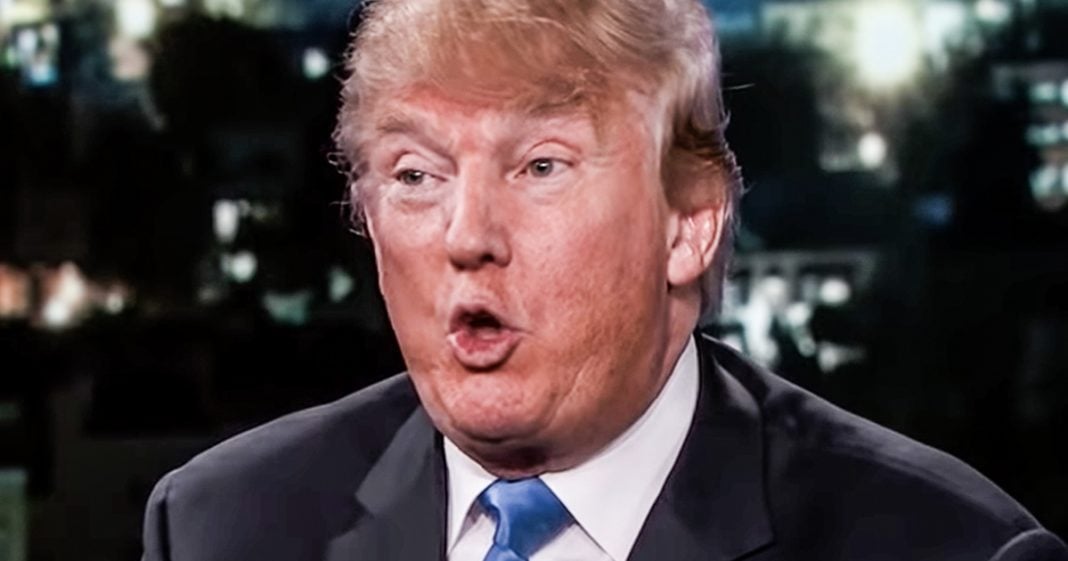 The cost of goods in the United States is on the rise, and without a complete repeal of Donald Trump’s tariffs, there is no indication that these prices are going to come down in the near future. Goods such as washing machines, dryers, and even cars are climbing thanks to his trade policies, and American citizens are the ones being forced to pay the price. Ring of Fire’s Farron Cousins explains what’s happening.

You know, not that long ago, we actually got some pretty decent economic news and that news was for the month of March, consumer spending actually went up. Consumers are out there spending more. Inflation did not go up as much as people thought. So hey, it’s a good month, right? Not exactly because according to the latest news out there, the cost of consumer goods in the United States, specifically the ones impacted by Donald Trump’s trade wars, uh, the cost of those goods is rising anywhere between 10, between 10 and 15%. Right now for example, as NBC News has pointed out, the cost of washing machines here in the United States, the average cost of a washing machine, which Donald Trump did specifically put a tariff on imported washing machines, not dryers, just the washing machines. And that tariff has resulted in an a cross the board increase in washing machine prices of $100. And even though dryers were not included in that, since they’re are typically sold in pairs stores and manufacturers decided what the hell, why not?

And they up the prices of dryers by about a hundred dollars a piece as well. Which means if you want to go out and buy a new washer dryer set, it’s going to cost you $200 more today than it would 13 months ago and it is 100% because of Donald Trump’s tariffs. Now maybe you’re thinking, well, I’ll just buy American. That’s better. Anyway, that’s what we’re supposed to be doing it. You’re still going to be paying the extra $200 because get this. Even the, uh, goods, the washing machines in this particular example, even those washing machines that are produced here and not subjected to those terrorists, do you know what they did? They also increase their prices so that they match their competitors. So rather than being, hey, we’re made in America, we’re less expensive by us. They said, not a hell with that. Let’s match the same price as them.

That way, if they make more money, we make more money. Hell yeah. I don’t understand how some of these people that run these companies came to run these companies, but that is by far one of the dumbest things I’ve ever heard of. You’re raising your prices to increase your profits when you were the lowest cost alternative out there, which actually technically was the purpose of the trade war and the tariffs was to make American goods more competitive, and then we have these idiot CEOs who say, well, we’re just going to raise our prices to match what the tariff goods are selling for, and it’s not just washing machines and dryers, folks that’s happening with automobiles. It’s happening with automobile parts. It’s happening with steel, it’s happening for farm goods. It’s happening to everything that the tariffs are touching and the things that the tariffs are not touching.

The washing machine example alone is cost Americans and additional one point $5 billion in the last 12 months. The tariffs as a whole are costing American consumers one point $4 billion every single month, one point $4 billion every month out the door that we, the American consumers are paying because Donald Trump sucks at being president. Really? That’s the only reason we’re having to pay this extra money is because this man sucks and he couldn’t negotiate his way out of a paper bag, and that’s why we have the terrorists. That’s how the trade war started because he’s mad and what’s he telling us now? He’s telling us he’s going to put more tariffs on goods coming out of Europe because apparently his first round was so successful. So maybe within the next few months we can bump up that one point $4 billion costs that we’re all paying. Maybe he can bump it up to 2 billion a month. Hell, why stop there? Let’s go for 3 billion a month being stolen out of the pockets of American consumers because Donald Trump is such a horrible president. That is the reality in which we live today.