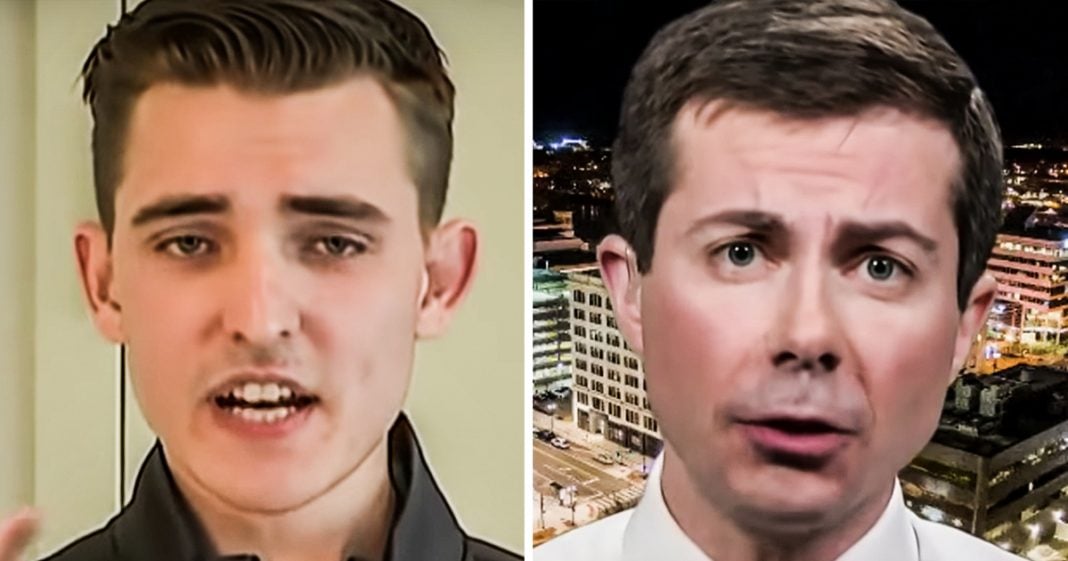 Trump’s favorite troll Jacob Wohl is back in the headlines, once again for drumming up phony assault charges against someone he believes is a political enemy of Donald Trump. This time it was Democratic presidential candidate Pete Buttigieg. With the help of his friend Jack Burkman, Wohl was able to put out information saying that Buttigieg had sexually assaulted a young man a few months ago, a claim that quickly blew up in their faces. Ring of Fire’s Farron Cousins discusses this.

Yesterday, new started popping up that a young man was accusing South Bend Mayer and current Democratic presidential candidate Pete Buttigieg of sexual assault that took place a few months ago. Almost immediately after these stories popped up, it was revealed that not only were they completely fake, but they were actually the brainchild of Donald Trump’s favorite Twitter troll Jacob Wohl. And of course his good friend and noted liar, Jack Burkman, the daily beast decided to dig into this a little more. And in fact, even before the story came out yesterday, they had already been digging into this and found out that yes, there’s actually two people that Wohl and Burkman had, uh, contacted to try to drum up these false accusations against Buttigieg. So daily beast reaches out to the first one. The first one who chooses to remain nameless, uh, said that yes, they contacted me. I met with them. I recorded the conversation and I didn’t go through with it. I didn’t want to. I am a Trump supporter. Yes, but I’m not going to do this. After that one fell through. Apparently Wohl and Burkman weren’t happy, so they decided to get on Twitter, or excuse me, Facebook. They found a guy who was a Trump supporter and said, hey guys, we’re going to fly you out. Meet with us, which he did on Sunday. The Guy said, I’m not, I’m not comfortable with any of this. And then Wohl and Burkman decided to use this guy’s name anyway, created a fake Twitter account, created a fake medium account.

Okay. Using this guy’s name and his picture from Facebook. Okay. Crafted this story that they posted where the guy said, I had been sexually assaulted by Mayor Pete back in February. I was too drunk to consent, but that is what happened. More details will follow. Uh, the guy’s name was hunter Kelly daily beast reaches out to a hunter, Kelly Hunter. Kelly says, no, this never happened. I don’t know why. And this, this is essentially this poor guy, Hunter Kelly. It’s kind of destroyed his life right now.

Daily beast confirmed that that was him and that it was his name and his picture being used for this, a fake Twitter and fake medium account. He was not in control of it. It was Wohl and Burkman behind the entire thing. Now Hunter Kelly has had to go have his sister and her husband pick him up and basically take him away because now he’s terrified of the vindictiveness of Wohl and Burkman as is the other anonymous person the daily beast spoke to. But they also, uh, the first guy, the anonymous guy who the conversations daily beast went and actually had a, uh, audio forensic specialist look at this and confirm that. Yep. That’s Jacob Wohls voice. So here’s my question. This is not the first time Jacob Wohl has done this. It will not be the last time Jacob Wohl has done this. So why is this kid allowed to walk free?

Why is this kid not in prison? I think about that he should already be at, he shouldn’t even be free to be able to do these things because he was such a corrupt little financial fraud. Stir that he has become the youngest person to ever be banned from futures trading here in the United States. He is a scam artist and he deserves to be in prison and if prison’s not good enough for him than how about a padded cell for the rest of his miserable little life because there is something wrong with this child. He needs to be evaluated by mental health professionals because his activities, his actions, the things he used to say on Twitter before he got banned, those aren’t the rantings or decisions that a normal human being would make. Somebody with a fully functioning brain is not going to do the things that Jacob Wohl does.

I do believe there is some sort of mental illness. They’re, that kid is suffering from some kind of delusional disorder and it needs to be evaluated and he needs to be removed from society because he is clearly a threat and a danger. Mayor Pete, to his credit said, yes. Obviously this is completely false. We’re not going to dwell on it. You know, we’re running for president and things like this happened, but no, no man, they know. Don’t you need to prosecute this little punk? You need to send him away to jail because if you don’t do it, then he’s just going to do this to somebody else. And yes, Wohl is currently under investigation by the FBI, but that’s not enough. I mean, the guy is actually fake to death threats against him. And when Jusse Smollet did that up in Chicago, conservatives were calling for him to be put away for the rest of his life. And yet they’re completely silent about their own boy, Jacob Wohl, Jacob Wohl’s, a danger to society. His actions have proven that, and it’s time for the police, the FBI, whatever law enforcement agency it is to take the threat of Wohl seriously and remove him from society by placing him in prison. That is where that little kid belongs.