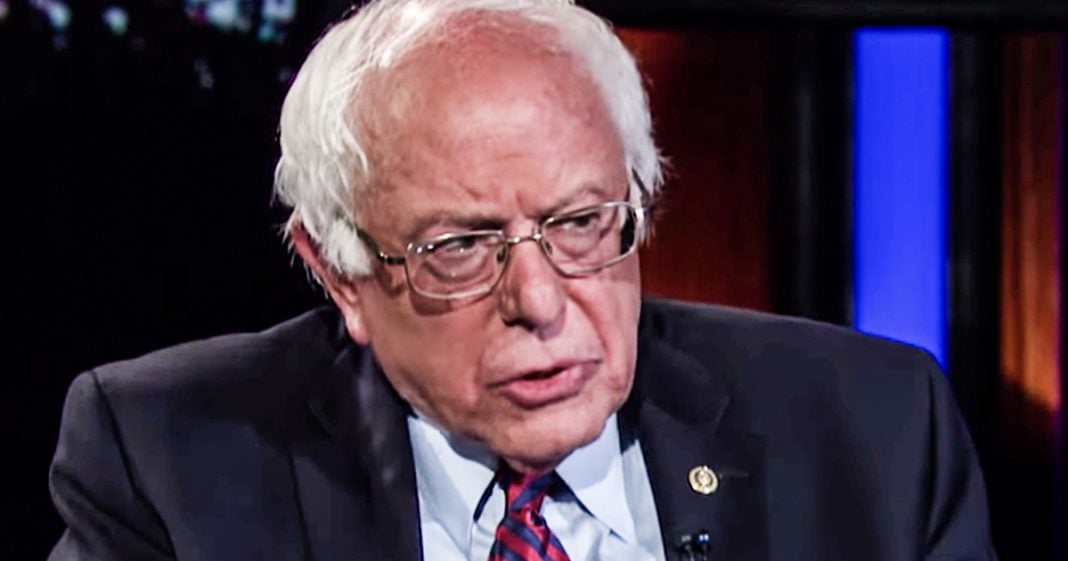 Senator Bernie Sanders has been one of the most consistent voices in this country in regards to closing the wealth gap. This week, he said that the Disney corporation needed to take the profits from the new movie “Avengers: Endgame” and use it to give their employees raises. This came after it was revealed that Disney CEO Bob Iger makes more than 1,400 times what the average worker makes. Ring of Fire’s Farron Cousins discusses this.

Um, I don’t know if anybody’s aware of this, but apparently there was a new Avengers movie out that’s actually shattered all box office records. It’s pulled in over one point $2 billion, uh, internationally and just the first five days it’s been in the theaters and at the same time as that movie is made over a billion dollars, fastest movie to ever hit that mark in the history of cinema. Disney’s CEO Bob Iger is making more than 1400 times what the average Disney worker makes. Okay. Bernie Sanders is understandably upset about this. Bernie Sanders has been one of the most consistent and loudest voices about the wealth gap in this country for several decades and now he’s taken aim it Disney again. He had already taken aim at Disney not that long ago, brought it to the public’s attention, how horrid their pay scale was for their workers. That you had Disney park workers having to live in their automobiles because they made such slave wages that they couldn’t even afford an apartment, let alone a house.

These people were literally living on the streets at the same time. Their CEO pulled in $65 million last year alone. So Bernie Sanders tweeted out a plan yesterday and he said, well, you got a movie in the theaters right now that’s pulled in well over $1 billion. So how about we take the Avengers in game profits and use it to give all of the Disney employees a raise? And if that’s not enough, I have an idea to further that after all, I mean what Disney’s got to Aladdin, the live action coming out and a couple of weeks here, they’ve got the lion king live action coming out, toy story four, they got a star wars coming out at the end of this year. Yeah. This company is going to make billions upon billions upon billions of dollars just in movies in the next few months and they can’t even pay their workers a wage that is high enough to let them go live in a house. So yes, there is a very real problem with this and this is not Bernie Sanders as Republicans. I’m sure it will say coming out here and saying, let’s take money from successful people and give it to poor people. That’s not what this is. This is about a hugely profitable company, one of the most profitable on the planet, pocketing all the earnings, pocketing all the profits, rewarding their CEO with this disgusting compensation package and then paying their workers so little that they can’t even afford to live in a home. That’s the problem.

If they were paying these workers enough money to where they could live very comfortable and happy middle class lifestyles, it wouldn’t matter that the CEO made $65 million last year. It wouldn’t. It wouldn’t be an issue, but it is because the executives and the shareholders are hoarding all of that cash and the workers don’t even know if they’re going to be able to afford to go to lunch today on their break. That’s the problem. That’s the problem with this economic system that we have set up in this country, and Bernie Sanders has always far longer than anyone else in that Senate or Congress been the one to bring this to the public’s attention, and he is 100% right. That company, Disney could take just the excess profits off their films for this year and use that to give all of their workers a raise. And that’s not even going to include all the profits. The company’s still going to get off their theme parks. All those hotels they own that are ridiculously overpriced. Everything else that they control, they would still pull in billions from that alone. Just maybe take a couple of these movies and give your workers a much needed res.