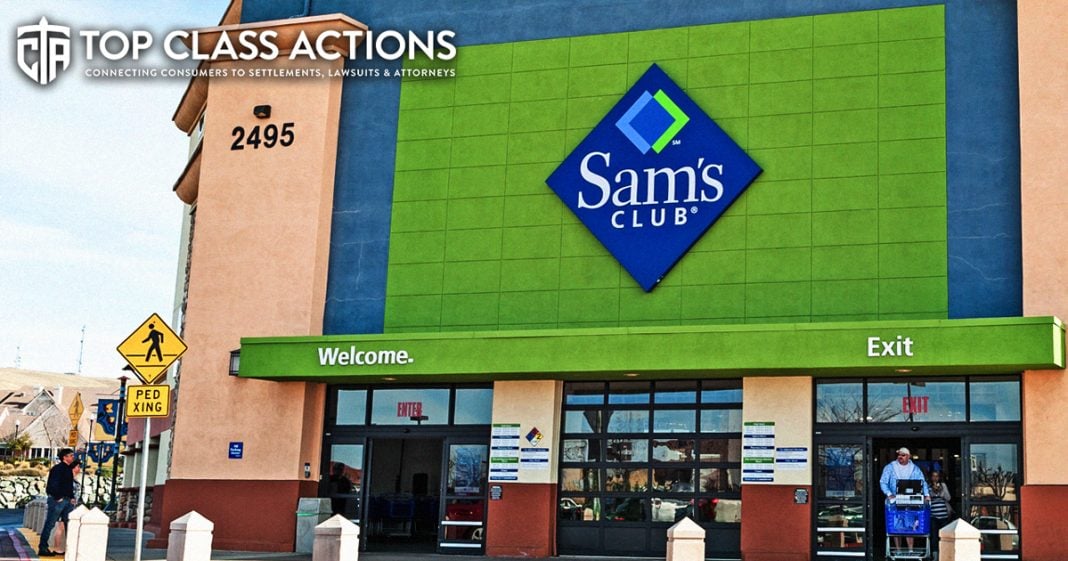 Sam’s Club may make misleading representations about their sales tax, according to a recent class action lawsuit removed to Maryland federal court. The plaintiff claims that Sam’s Club “intentionally or negligently misrepresent[s]” the sale prices of their products due to the “excess” sales tax the company collects from their customers. The Sam’s Club class action states that the wholesale retailer charges sales tax based on the item’s regular price. This means that, regardless of the actual price paid by the consumer, the Sam’s Club reportedly charges increased sales tax. Ring of Fire’s Farron Cousins discusses this with Scott Hardy from Top Class Actions.

Farron Cousins:                  Well tax season has officially ended, unless of course you’re talking about things like sales tax, local tax, you know, the taxes that we pay on items we buy. We may not like it, but believe it or not, they do help keep communities running. But one thing I can pretty much go ahead and guarantee that nobody likes doing is paying tax for something you didn’t actually purchase. And yet we’re finding out now via these class action lawsuits that that might actually have been happening to consumers at Sam’s Club and Walmart stores for at least the last three years.

Joining me now to talk about what’s happening is Scott Hardy from Top Class Actions. Scott, this is a really interesting story here and I’m going to lay it out just real quick as I can here. But basically you’d have Sam’s Club and Walmart, they’d advertise something, oh, this is originally $300, but right now it’s on sale for $250. Person goes to the cash register. They expect it to be $250 plus tax, but instead they’re being taxed on the full non-sale amount.

So they’re being taxed on an extra $50, for example, that they didn’t originally have to even pay. This is really crazy here. I mean, this to me seems illegal actually, charging consumers tax for a price that they didn’t actually pay. Lay this one out a, you know, a little better than I did there. This is crazy.

This is where the money is going. We’re not putting it in our pockets. It’s, it’s greatly surprising that, you know, a huge organization like Walmart or, or Sam’s Club would have a problem inherent across the board for all of their sales items because you know, it’s just, we know 1% or 2% that you’re going to be paying extra on here. Could just be a couple of bucks. Or if it’s a small $5 item that’s on sale for $4, penny’s essentially, or a couple dimes. But obviously with the millions of people that shop at Walmart every day, that is a huge amount of money.

I really want to know what is Walmart and what is Sam’s Club, what are they doing with this extra money? Are they sending it to the tax man? I doubt it. You’d have to think that their accountants would only be paying for exactly the taxes on what they have been charging, not the sales prices. And that’s, you know, a, I’m greatly curious, but of course Walmart has been known to pinch a penny so far as to take out the toilet lid covers from their employee restrooms, from their restrooms to save a few bucks. So you know, shrimping or scrimping on this whole tax issue shouldn’t shock any of us.

Farron Cousins:                  To me, what’s, what’s really crazy and you just really hit on that is yes, where’s the money going? Because at the end of the year or every quarter or however these companies, you know, file their taxes or, or, or basically sit and do their taxes, they see how much money they brought in, in one column, they then calculate how much they have to pay in the sales tax. So if they’re taking extra money from the consumer, that money essentially would become overflow that the company gets to hold onto.

Because people have to understand when you pay that sales tax, you know, when you swipe that debit card or credit card or paying cash and some of it includes sales tax, it doesn’t immediately go to the local government. It goes back to the company and the company sits on it until it’s time to pay the taxes. So if Walmart and Sam’s are looking at the number that they sold and said, we sold an item for $250, the tax on it should be this. So this is what we pay. Well, there’s an overage there now and that overage is most likely, and hopefully we will find this out, sitting in a bank account for the Walton family.

There’s, there’s, there’s really no other possible explanation for where that money went. And as you pointed out, again, you’re talking about, yeah, maybe it’s not every product, obviously it’s only the ones marked, you know, as on sale. But you do it to a few million people every month. Maybe it’s only 5 cents, but you’ve taken 5 cents from a million people 12 months out of the year. That adds up to very real money very quickly. I’m going to have a hard time thinking that these companies don’t know exactly what they’re doing here. I mean, I, I just, I’d have to see the documents where they really reveal, oops, we didn’t mean to do it in order to believe that this was an accident. I’m sorry, I just, I don’t think it’s an accident at all.

Scott Hardy:                          Right, I, I agree with you. I don’t see this being accidental in any way, shape or form. And you know that this money, as you said, the money doesn’t go straight from the account as soon as it gets charged to you and goes to your city and state. Oh No, no. It goes ahead and goes straight into their coffers. And you have to think that this money is being compounded. So if they’re overcharging a million people a day, which would be probably a vast understatement and, and, and a low estimate on how many people are being overcharged a day on the sales tax for sales items, because so many things are marked down at Walmart.

That money is sitting there in an account and it’s that old adage, well, if I just steal a 10th of a cent and I do it from a billion people a day, I’ll be a millionaire in no time. But all of that is going to add up. All that money’s going into the Waltons bank accounts, compounding that interest and who gets it? Not me. Not You. Not the end user. Most likely not the, not the city and states. We’ll see.

Farron Cousins:                  You know, and it would be interesting too if, if this money, which is going to amount to millions upon millions of dollars, if it was going back to the local community, you know, to help fix roads, potholes, help the schools in that area. I’m sure people would be like, you know what, okay, you took an extra five bucks from me over three years, but it did go to the community. I’m okay with that. You know, don’t do it anymore because it’s dishonest.

But I don’t want to fight you because you gave some money to our schools. There would be a bit of a difference there. I’m sure some people would still want to fight it, but a lot of people, good natured, goodhearted would say, okay, it went to the schools, keep it, but stop doing it. But I’m pretty sure we’re gonna find out that money’s not going to fix potholes. It’s not going to schools. It’s not going to police forces or firefighters. It’s sitting in a bank account, possibly even one offshore because they don’t want to pay any taxes on it, but they have no problem overcharging you on taxes because they just want to take your money and in this case it seems quite literally steal it from you if they have to.

So my advice right now, anybody, if you have shopped at Sam’s Club, Walmart, if you’re shopping there now, tomorrow, whatever it is, anytime in the last few years, save every single receipt, every single one. Buy a folder, stick them in there, put it on a shelf, but keep them. This is going to be a lot bigger than it seems. I can promise you that. Scott Hardy, Top Class Actions. I appreciate you telling us this story today. This is going to be a big one that is not going to go away anytime soon.

Farron Cousins:                  Absolutely, people you can look at the bottom of it. Do the math yourself. Super Quick and easy. Follow the link in the description of this video for more information on this issue. Sign up for the top class actions weekly newsletter, stay informed about the issues that matter the most to you, the American consumer. Scott Hardy, thank you very much.