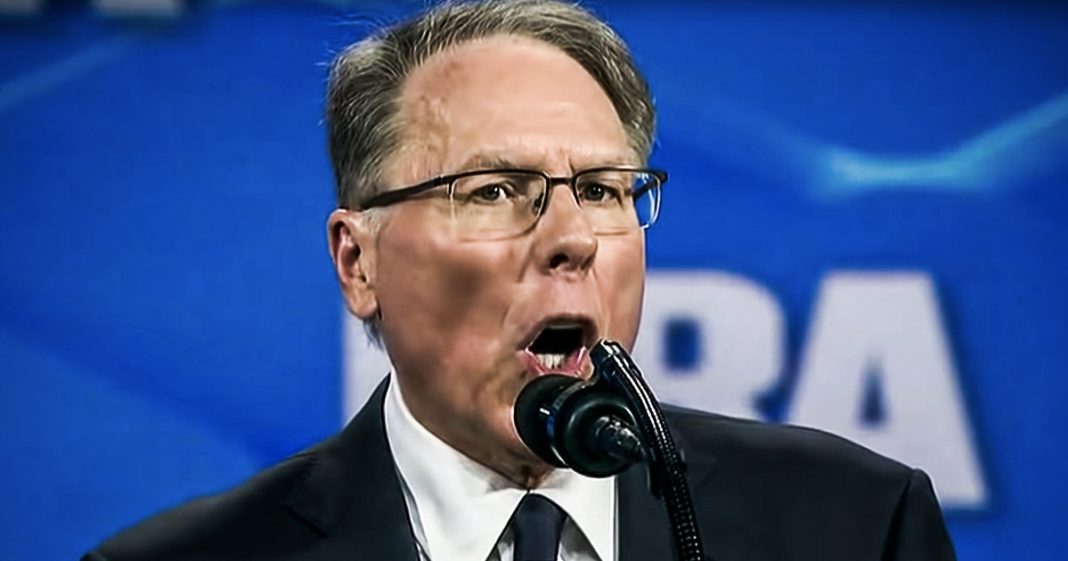 The NRA for some reason has long enjoyed tax-exempt status from the IRS, and now New York Attorney General Letitia James wants to know exactly why. The group is violating campaign finance laws left and right, including their acceptance of boatloads of cash from foreign countries, and now they are about to feel the squeeze of one of the most zealous prosecutors in this country. Ring of Fire’s Farron Cousins explains what’s happening.

I know at times things seem actually pretty bad in this country, especially during the Trump years. But there is one area where we are finding a lot of hope and a lot of reason to be optimistic for the future. And one of those places happens to be in New York where New York attorney general, Latisha James is absolutely just killing it up there. A few days ago, Attorney General James announced that she was launching an investigation into the NRA’s finances, including their tax exempt status. She has issued subpoenas and she wants information, all of the financial records that they can hand over to find out how this organization that is essentially a corporate front group manages to get away with all of the violations of campaign finance, finance, law, uh, the violations of, you know, taking money from foreign countries that we know the NRA has been doing. She wants to get to the bottom of this and find out how they still for some reason don’t have to pay taxes when they are very obviously not any kind of charity.

For years, the NRA has been pumping money into Republicans and occasionally a Democrat or to uh, candidacies. We also learned within the last 18 months that they had been taking a hell of a lot of money from foreign countries and then they use that money and that some of the money that goes to candidates here, the United States, that’s 100% illegal and the top brass up, up at the NRA does need to be in prison for this action. And I think that’s where attorney general James would eventually like to go with this. Should the documents that she gets her hands on show that this is 100% happening beyond any reasonable doubt. Cause right now, yes, technically all we have a speculation. We do have some pretty, uh, you know, 100% reports that this is what’s happening, but let’s wait until we get their actual documents before we can say for sure that this has happened.

But nonetheless, Latitia James did run, she mentioned in a stump speech last year, last summer when she was running for attorney general that this was one of the things she was going to do. And low and behold, here she is actually doing it. Actually keeping a campaign promise. I mean that’s rare for a lot of politicians, right? Especially to turn around so quickly and say we’re getting this done, but this is something that needs to be done. And the people out there with the NRA stickers on the back of their card, uh, carrying the little card around in their wallet. You have to understand this organization does not represent you. This organization, the NRA represents gun manufacturers, gun makers. Those are the people who fund this organization. They’re not running off your donations, your donations mean nothing to them. Essentially you’re your club dues every year. They’re relying on money from gun manufacturers and of course foreign countries and they then use that money to go out there, spread propaganda, claimed that there’s some kind of massive attack on the second amendment when in reality we just want better background checks.

We want to do what we can. Democrats are not coming around door to door to take away your guns, but the NRA wants you to think that because if you think that you’re going to go buy more guns. And then who benefits where the people funding. The NRA is a corporate front group, a corporate front group that has no business being tax exempt. And I am confident that as this investigation moves forward and as Latitia James gets her hands on those documents, we’re going to find out all kinds of dirty little secrets that the NRA did not want us to know. And those are likely going to be dirty little secrets there that are going to have huge financial repercussions for this corporate front group.