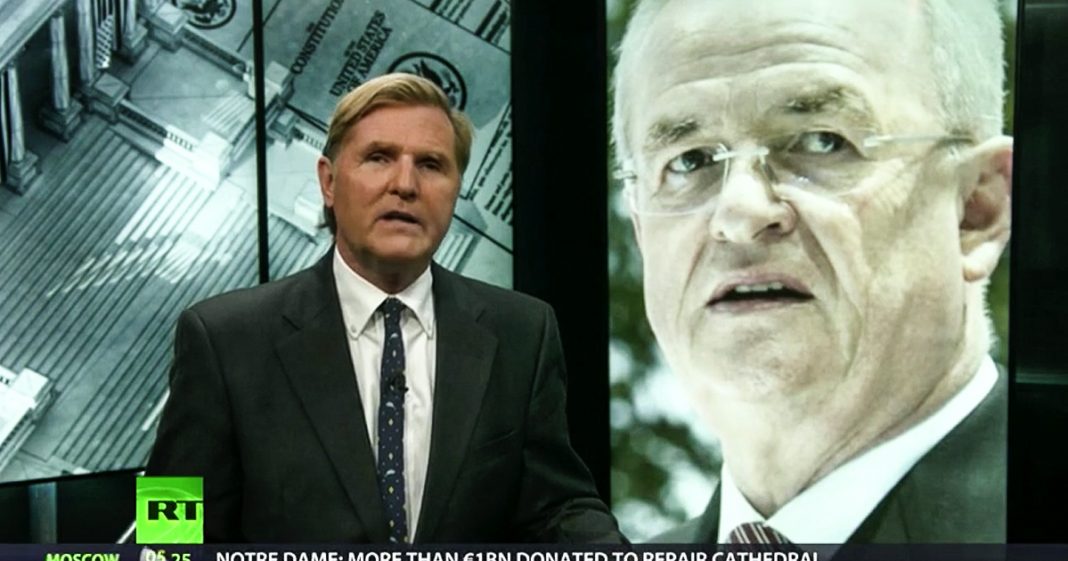 Via America’s Lawyer: German prosecutors have indicted the former CEO of Volkswagen along with four other executives with fraud, breach of trust and unfair competition. Mike Papantonio explains more.

German prosecutors have indicted the former CEO of Volkswagen along with four other executives with fraud, breach of trust and unfair competition. This indictment stems from the emissions scandal that rocked the company where they designed their visa, vehicles to report false data to regulators, but it doesn’t end with those indictments. Prosecutors are doing what they’re supposed to do. They’re also trying to get these executives to repay the massive bonuses that they were awarded, partly because of these bonuses, they were based on the sales of vehicles that were rigged.

They knew they were rigged. They were making a lot of money by breaking the law. These are the kinds of charges and punishments that need to make their way to the United States, finally, if ever. Too often we see corrupt CEO’s rewarding themselves while their products poison, they maim or even kill American consumers and those major bonuses, well they’re rarely if ever, taken away from the white collar criminal. Even though the conduct when,, it’s uncovered is deplorable.

If we had the same form of punishment in the US as they have in other countries, we’d likely see a significant decrease in white collar criminal activity. We have to prosecute them. Just because they look different does not give them a free pass. They don’t look like criminals, but they are.