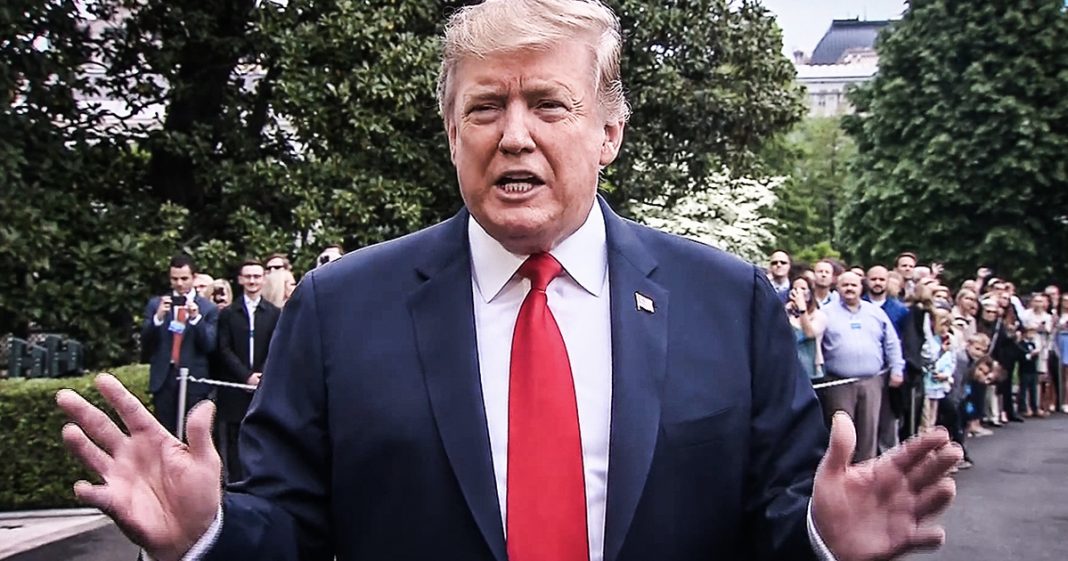 Donald Trump has told a lot of lies since becoming President – he actually just crossed the 10,000 lie mark according to the Washington Post fact checkers – but the other day he told what might be one of his most obvious lies ever. He told reporters that he is a “young, vibrant man”, sparking much-deserved ridicule in the media. Ring of Fire’s Farron Cousins discusses this.

Farron Cousins:                   According to the fact checkers over at the Washington Post, Donald Trump has now told 10,000 lies since being sworn in as president of the United States. But just a couple of days ago he told what might be one of his most obvious lies that he has ever told possibly in his entire life. Here it is.

Farron Cousins:                   That’s right. Ladies and gentlemen, the 72 year old grossly out of shape. Donald Trump is in fact a young, vibrant man. The oldest man to ever be sworn in as president of the United States is actually a young, vibrant man. The man who couldn’t serve in the Vietnam War because his feet hurt is in fact a young, vibrant man. Now, this question that he was asked was in response to his age and the age of some of his competitors going into the 2020 race cause obviously a Bernie Sanders 77 Joe Biden’s 76 Donald Trump’s only 72 that’s young and vibrant in his mind. But what gets me is the fact that he says that these other guys like them or not, uh, don’t have the stamina. They may not have the energy, they may not be able to go all the way through the campaign. Well, here’s the thing. According to reports from insiders in the White House, Trump is actually not very energetic anymore.

He doesn’t have the stamina. He doesn’t have the ability to go do one or two rallies in a single day, can’t do back to back rallies day after day. Like he was prior to the midterms, basically burned himself out physically prior to the midterms and now they’re unsure whether or not he’s even going to be able to campaign the way he did in 2020 they don’t think he’s going to go back to the 2016 levels. They think he basically burn the candle out and he’s finished. So for him to make any kind of comment about being a young, vibrant man, we already have people inside his White House who’ve told us that’s not the case. But also we can see him. Does he not know that? Does he not realize that? Has he not seen literally any picture of him ever? We see that the man is not young and vibrant.

We see that the man struggles really to to get around. You know, maybe he’s healthy, we don’t know because he had a quack doctor deliver his uh, health results. So we don’t actually know what is going on inside of that man. But we do know that there is a very large layer of fat surrounding the inside of that man. And I am not trying to fat shame him. I am not trying to just sit here and be insulting. However, I am going to point out that he is obviously neither young nor vibrant his competitors, even though they are older than him, some of them clearly have much more energy. They have much more stamina. They have much more passion and drive for what they are doing. He’s got some competitors that are only 37 years old, 38 years old. They could run circles around this man and given his girth, that’s no easy feat, but nonetheless, Trump won’t stop lying to the American public.

And here’s the thing about this young and vibrant man claimed he was on camera when he said this. Okay, so we could physically see what the man looked like right there or there was nothing young or vibrant about him. He is an elderly senior citizen who is struggling with weight problems that refuses to admit that he has lost all of his hair. Aside from the elderly part, I fit into almost all of those categories to, except I’m not sitting here lying to my audience saying, Oh, I’m young and vibrant and wonderful and great and have a full head of hair. No, I’m realistic about my body. I understand what I look like and I’m not lying to the American public because I am entirely vain and narcissistic like the president is. There’s no point to some of these lies, but the ones like this, these narcissistic lies show you just how mentally unstable this man truly is.