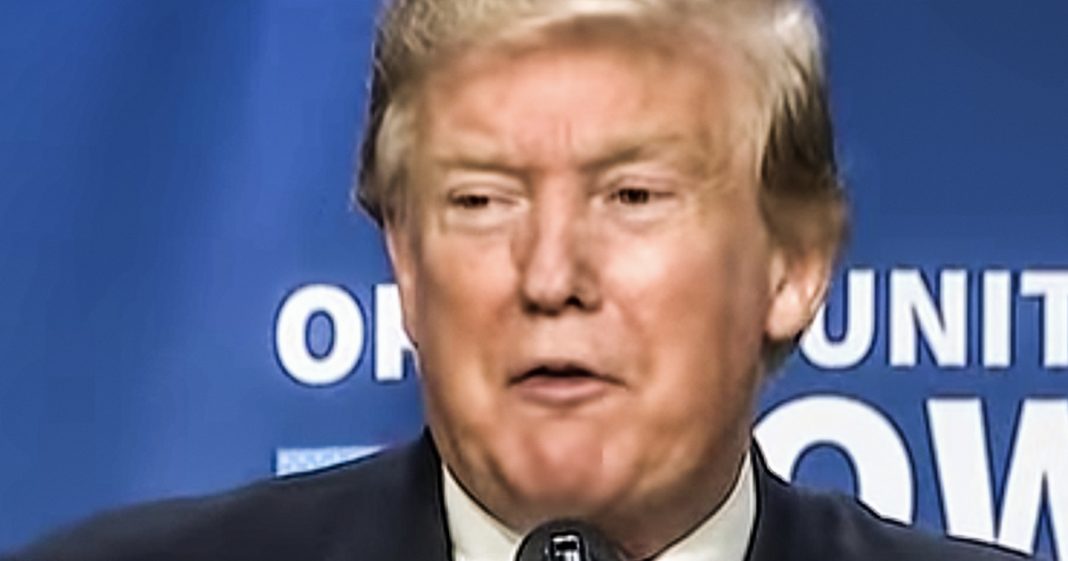 During another one of his Twitter tirades this week, Donald Trump swore that he would fight impeachment all the way to the Supreme Court if he has to, telling us that the Mueller report showed he didn’t commit any crimes. Not only is that not the case, but there are plenty of other crimes that we can verify have been committed by this administration that could easily be used as impeachment fodder against him. Ring of Fire’s Farron Cousins discusses this.

Donald Trump’s stupidity is never going to stop. Astounding me. A great example is what’s been taking place this entire week. She, early in the week, Donald Trump was asked point blank if he is worried about impeachment. And he said, no, not at all. Not a concern in the world. I’m good. And then he literally spend the rest of the week complaining about impeachment or the possibility of impeachment or Democrats investigating him, indicating that this is a man who isn’t going one second of the day without thinking about impeachment. And in fact, on Wednesday, he actually tweeted out that, I swear, if they impeach me, I’m gonna fight this all the way to the supreme court. Uh, here’s this tweet. The Mueller report, despite being written by angry Democrats and Trump haters and with unlimited money behind it, $35 million didn’t lay a glove on me. I did nothing wrong. If the partisan dims ever tried to impeach, I would first head to the U S Supreme Court. Not only are there no high crimes and misdemeanors, there are no crimes by me at all. First of all, uh, Manafort how to surrender $42 million in assets. So technically the Mueller probe made a profit.

So stop talking about the cost because that makes you look like an idiot. Second of all, the Supreme Court is not going to have any say in any kind of impeachment hearing whatsoever based on a 1993 ruling that the supreme court actually made. They can’t do anything about it. Buddy, how about you look at some case law. How bout you have a legal advisor that actually knows the law working for you or on your legal team? Because in 1993, the u s supreme court refused to get involved in an impeachment case that was allegedly brought for political purposes, but they said, hey, this isn’t a, this isn’t our arena. This isn’t something we can handle. We can’t do anything about this. Best of luck on your future endeavors. The Supreme Court’s own precedent says that they can’t get involved. Now if the House Democrats did choose to impeach and then it went over to the Senate for trial, John Roberts, chief justice of theU s supreme court would preside over that. But believe it or not, even though he is a massive corporatist, he does seem to hate civil rights. John Roberts has actually been fairly reasonable on a couple of rulings and he is not the always guaranteed right wing voter that Republicans think he will be.

Because after all these judges, not just on the supreme court, but any of them with these lifetime appointments, they got nothing to lose. It doesn’t matter if they flip sides, okay, they’re there for life and you can’t remove them just because they vote in a way that you don’t want. As I’ve said, many times, all of legal challenges that Trump is threatening to bring or Hasbro, they’re not going to end well for him because one, he doesn’t understand the law, but more importantly, he’s surrounding himself with lawyers who don’t understand the law. They understand Donald Trump. They understand how to make him happy, make them feel good, make them feel better about himself, but they don’t understand how to argue a case. And that’s a very real problem for a man facing as many legal issues is Donald Trump is. But back to is insane tweet here. Mueller report did not exonerate you. It specifically mentions 10 instances where you obstructed justice and that is up to Congress to decide whether or not to move forward with charges against you on.

It’s not up to your attorney general. It’s up to Congress. And even though some of the most prominent Democrats in Congress said, nope, we’re not going to go that route. I think they might start to rethink that pretty soon because they understand that even though they have no chance of removing you from office, they certainly do have a chance of damaging you significantly before the 2020 election, forcing you to go through that election as an impeached president. Not to mention the fact that the other investigations they are carrying out, um, could also lead to further impeachment. How you may be the first president to ever be impeached twice. That’d be a first for all of these different things you committed the obstruction of justice, the potential bank fraud, wire fraud, tax fraud, all of the things that the Democrats in the House of Representatives are investigating, and all of the things that Republicans should have investigated long before they ever agreed to even let you run in their party, but they didn’t vet you and now they’re stuck with you and you, Mr. Trump are the symbol of the Republican party, greed, arrogance, and unbridled stupidity.