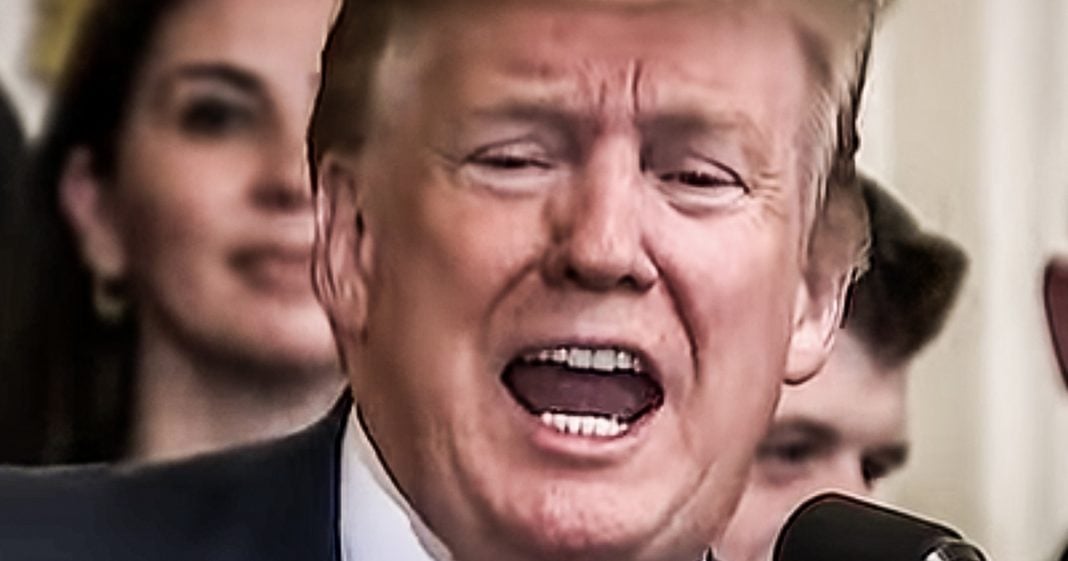 Democrats have always lagged behind the Republican Party when it comes to messaging and framing an issue. As a result, they always end up playing from behind. They can’t afford to do this with the Mueller Report. The report, even in the heavily redacted form, tells us that the President obstructed justice and that his administration is filled with liars and corrupt individuals. Democrats have to make sure the public knows this and they can’t relent. Ring of Fire’s Farron Cousins discusses this.

So ever since the heavily redacted Mueller report came out the last week, the I word has been floating around all over the place and of course I am talking about impeachment. Hell, we’ve talked about it in the last week and I specifically said you go for it, you impeach him in the House and then what? Because the sentence not going to vote to convict so you’re not going to remove him from office and the way you beat him as at the ballot box in 2020 well guess what folks? I have no problem admitting that. I may have jumped the gun a little bit on that because as time comes out, and this is the problem with this instant punditry that we have today, and I am no exception to that, things have developed a little bit differently, right? We’ve, we’ve learned some new things from this Mueller report. We have seen beyond a reasonable doubt that this man obstructed justice and yes, while I still maintain as everybody who’s calling for impeachment does that you’re not going to get the Senate to convict and you’re probably not going to get a single Republican in the house to vote for impeachment.

You still have to do it. You have to do it basically as a symbol and as a signal to the American public that your not going to let the president and get away with this because even if Donald Trump is not removed from office via impeachment, he would still technically have been impeached and he wears that like a scarlet letter on the front of his jacket every day for the rest of his life. Much like Bill Clinton does. Imagine how much difficulty Bill Clinton would’ve faced if he would have had to go through another reelection after being impeached.

He is not going to shut up about the Mueller report and the Democrats luckily have not yet lost this battle. It can still happen. The public agrees. The Donald Trump committed a crime. The public is on your side right now, but if you continue to wait, if you continue to degrade members of your own party, if they call for impeachment, then you’re not doing yourself any favors. You’re going to allow Donald Trump to continue to craft a narrative of a witch hunt and 18 angry democrats and no collusion and no obstruction. None of that is true. None of it is true. And right now the public doesn’t believe any of it. But if you let him tell this ball of lies day after day unchecked unimpeachable, then eventually this ball of lies comes over here, becomes the ball of truth. And that is what the public’s willing to believe say.

Well, I mean the Democrats didn’t even bother to impeach him and they hate him. So he must not have done anything wrong. Maybe all of this was a witch hunt. Maybe he’s not such a bad guy, they just don’t like him because he’s a Republican. Maybe he was right. We can’t let that happen because that’s not reality and that’s not the truth. So yes, it is time for impeachment. And even if it won’t result in his immediate removal from office, it’s going to severely hinder his chance of being reelected in 2020 and when we consider how difficult it was to actually beat him electorally in 2016 we could use all the help we could get because we don’t know who at this point is going to be the Democratic nominee. It could be somebody very strong. It could be somebody very weak. It could be somebody who hasn’t even announced that they’re running for president yet, since we seem to get a new one every day, but I’m sure any one of those people running for president on the democratic side would love the chance to go up against a sitting president wearing the scarlet letter of impeachment.