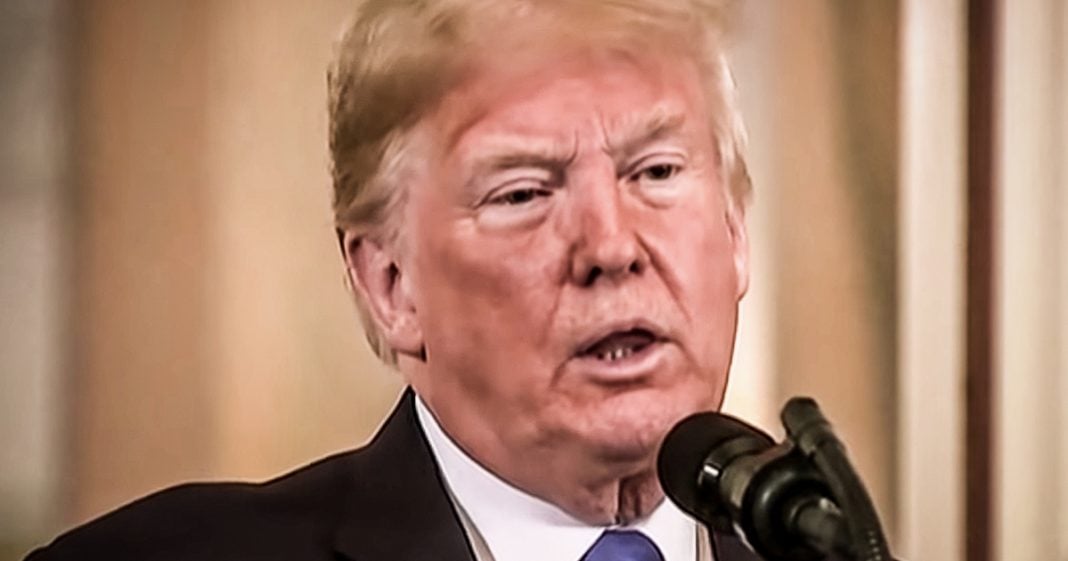 In the first full filing year since the passage of the Republicans’ tax scam, the number of corporations that ended up not paying a single penny in taxes doubled. This isn’t a side effect of the legislation – this was the intent. Republicans wanted businesses to pay as little as possible, and it doesn’t get lower than zero. American citizens are struggling, but there has never been a better time to be a corporation in this country, as Ring of Fire’s Farron Cousins explains.

So 2018 was the first full official year for everyone that the new tax rates in new tax codes were into effect, uh, that Republicans passed right at the end of the 2017 and as such, we finally now have the numbers of what kind of effect these tax cuts actually had on Americans, but not average American citizens, not the working class. We already know what happened to them. They ended up actually paying more and getting less back. I’m talking about corporations, you know, the people who really fund the Republican Party, the people who this tax cup was passed for. And it turns out that the number of corporations in the United States paying $0 million in federal income tax more than doubled from the year before. So when the first full year of having that Republican tax cut in place, the number of corporations paying not a single penny in corporate income taxes more than doubled, there were a grand total of a 60, at least companies that did not pay a single dime and income tax last year.

Companies like Netflix, Eli Lilly, Chevron, the Deere corporation, all companies that are in the billions of dollars in the profit arena make billions of dollars in profit, not revenue, profit. And yet they didn’t have to pay a single dollar in tax. In fact, out of these 60 corporations that paid nothing in tax, they actually got a combined rebate of four point $3 billion. So not only were they able to manipulate the Republican’s new tax code in a way to where they paid nothing, some of them would technically get money back or rebate. Technically, they don’t get the money back. They just get to use that to reduce the amount they’re going to own a later year. But hell, you can’t get much lower than zero. Right? But even if they do end up having to pay a couple bucks, they’ve got this four point $3 billion rebate sitting in their back pocket saying, no, I believe I do not owe you that $100 I have a rebate card.

This isn’t a side effect of the Republican tax code. This is the intent. This was the goal. It’s not that old corporations are still sneaky. No, no, no. They made it easier for them to be sneaky because here’s the thing, we all know that as middle class, middle income people here in the United States, they closed a lot of our uh, loopholes and deductions. They got rid of those. There are certain things we now cannot write off, but they didn’t really change any of them for corporations. So they could still hide money overseas and if they want to bring it back, they pay a onetime tax. Uh, but they have eight years to pay it. If so choose. And if they have that rebate, like I mentioned, Oh, get out of jail free on that. They also have their new loopholes such as if the cost of your private jet is equal to your profits or less than your total profits. Hey, you can write off the whole cost of it. Sure. Why not? That’s a thing. That’s a thing in the new tax law. You want to buy a private jet? Yeah. Write it off. Whatever. What do we care?

They’ve changed the depreciation laws to allow companies to write off more depreciation on their equipment and whatever. So therefore they get a bigger break. They get a bigger deduction. They might even get a bigger rebate. But the bottom line is that this entire tax law was written to benefit corporations without so much as a second thought about average American citizens. The number of companies that paid $0 million in taxes in 2017 doubled in 2018 that needs to be a part of every single democratic candidates ad every, every ad from every candidate from now until election day. Because you can’t fight this. Republicans can’t deny this, and they sure as hell can’t justify it. You want to beat the Republicans. You want to get Trump out of office, Hammer this point home every single day until the election. That’s what you have to do. People have to understand how these greedy corporations get away with this. They have to understand what they’ve done and how they manipulate the system. And this story right here tells it beautifully in a way that I don’t care if you’re a republican or libertarian or a democrat. Nobody would be able to justify the fact that 60 plus corporations in the United States paid $0 million in taxes and somehow still managed to get a four point $3 billion tax rebate to reduce what they’re going to pay in future years. That is a winning issue for the Democrats. If they’re smart enough to hammer it every chance they get.