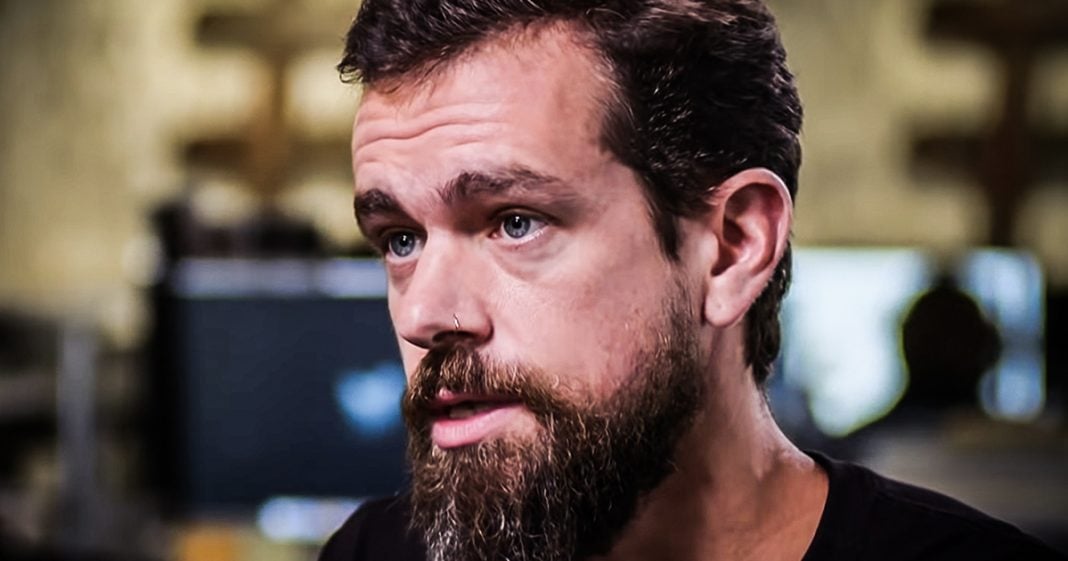 According to an employee of Twitter, the reason that the company is having such a hard time cracking down on hate speech on their social media network is because it would likely end up blocking and banning a lot of Republican politicians in the process. So what’s the problem? Hate speech is hate speech, no matter who it comes from, and holding an elected office shouldn’t make someone immune from the rules. Ring of Fire’s Farron Cousins discusses this.

Conservatives, including the president of the United States. Love to tell us the Twitter is just so unfair to Republicans here in the United States. Their shadow banning Republican politicians, some of them, some of the more extreme ones. Matt Gaetz, my Congressman has personally claimed to have been shadow banned. Donald Trump met with Twitter, CEO Jack Dorsey earlier this week to say, hey, you’re deleting all my followers. That’s not fair. My posts aren’t getting enough likes and retweets and I demand to know why conservatives love the play. The victim on social media, whether it’s Twitter or Facebook or youtube or whatever it is, they are always the victim of some kind of unfair system, but in reality, according to the very people who work at Twitter and are actually in charge of these algorithms, Republicans have been the beneficiaries of these systems. And here’s what we mean. We found out yesterday via reports from a advice talking to people who work at Twitter and work with the algorithms help create them that the reason the social network is not doing more to combat white supremacy on Twitter is because if they were to create an algorithm to kind of take care of that, it would also end up banning and blocking a bunch of Republican politicians.

There is so little difference between the language used by Republican politicians, some of them and the white supremacists and white nationalists that an algorithm wouldn’t be able to distinguish between the two. And we certainly can’t block sitting American politicians because that would be detrimental to the public. So says Twitter. Why I gotta Tell Ya, it doesn’t matter if you’re an elected official, it doesn’t matter if you’re in the military or if you’re a teacher or a doctor or a homeless person. White supremacy is white supremacy.

And if you’re that kind of horrible human being, then your title doesn’t matter because you’re still a horrible human being and you serve should be subjected to the same rules and regulations as the rest of us. Just because somebody has the congress person title in front of their name doesn’t mean they should be able to get away with any kind of language or hatred that they want to spew on Twitter. But I think we’re, you know, getting ahead of ourselves, they’re even talking about that because here’s what it is. We have a Republican Party today that according to artificial intelligence is indistinguishable.

Okay? From a white nationalist. That’s what our Republican Party has become. Machines can make mistakes. Sometimes they can rope in things that aren’t necessarily that it could be somebody’s denouncing it and they get roped in because they use a couple of key words that the algorithm flagged and removed. It happens on youtube all the time. You can, uh, a denounce white nationalism and video get d not a demonetize just because you mentioned that word, but this isn’t exactly what we’re talking about here. What we’re talking about, what these algorithms see with these Republican politicians is that they’re using the same language and not in a way to denounce it, not in a way that, oh, this is bad. They’re using the same kind of coded language that these organizations, these white nationalist organizations use. And the machines recognize that. And I think this is one instance where we need to listen to the algorithms because if they’re telling us that there is no difference between a flat out racist person and a Republican member of Congress, I think we need to believe them.