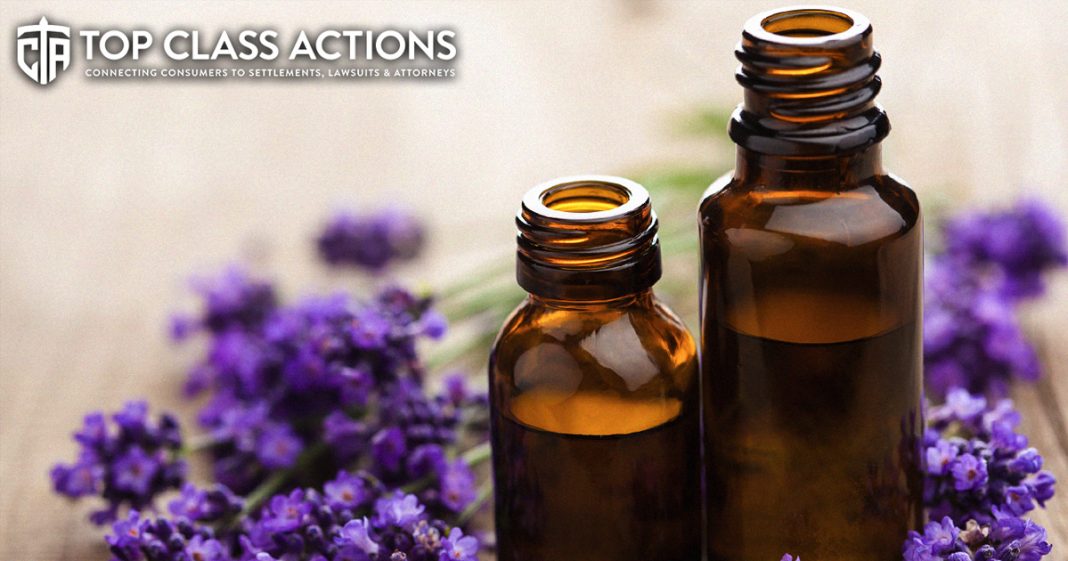 A recent class action lawsuit claims that Young Living Essential Oils is a “cult-like” pyramid scheme that makes false claims regarding its business model. Young Living offers numerous essential oils for various semi-medicinal purposes. The company is structured as a multi-level marketing (MLM) organization, and relies heavily on recruitment and sales.  To join the company, new members reportedly have to purchase a basic starter kit from another member, costing between $100 and $260. The Young Living class action lawsuit states that this kit includes one bottle of “stress away” essential oil, samples of other oils, an atomizer, and other resources for new members. Ring of Fire’s Farron Cousins discusses this with Scott Hardy from Top Class Actions.

Farron Cousins:                  I’m assuming by now everybody probably knows at least one person that swears by essential oils, right? They’re good for whatever’s bothering you. And as such, as people have become reliant upon these things, lots of different little companies have popped up selling these essential oils, but according to a new lawsuit, one of those companies is more like a cult pyramid scheme than an actual legitimate business. And

I’m joined now by Scott Hardy from Top Class Actions to tell us this story. Scott, I got to admit, when I saw this headline on Top Class Actions that this essential oil company, Young Living was described as a cult like pyramid scheme. That’s always going to be something that grabs your attention. Explain to us what’s happening right now.

Scott Hardy:                          Sure. Just like you just mentioned, you know, all of us have our friends on Facebook that it seems like what for a while every other post was essential oil this and you’ve got to, you’re sore muscles, rub some oil on it. You’re stressed out, put some more on to diffuser. You’re having a problem, you know, you’ve got some warts on your hand. My Gosh, there’s an essential oil for that, I’m sure. And, and so what this class action alleged is that this a multilevel marketing alleged scheme by Young Living went ahead and roped in a lot of mostly women it appears to sell their essential oils and they said, hey, you know, every essential oils are hot right now.

You should be making money off this, you should be able to sell to your friends and then you’re going to make a boatload of money. But naturally, like most multilevel marketing schemes, it didn’t actually happen that way. So you bought your initial package for a $100 to $260 and then you started selling to all your friends. But if you wanted to get paid, you had to sign up for their rewards program, which would require around about at least a hundred dollars a month of expenditures just to qualify for you to get paid for you selling to your friends and likely annoying the heck out of them.

But the problem was is that unless you were actually making at least $25 a month in commissions, and of course you’re spending at least a hundred dollars a month, so there’s a big problem there anyways, but at least you’re, you know, you wouldn’t get a check. And so they would just go ahead and, and say, well, you know, you, you didn’t hit that $25 a month minimum commission. So you can use that as a credit towards your hundred dollar minimum that you’re going to be spending with us way to make your first million. It doesn’t really work out well that way.

Farron Cousins:                  Yeah and part of their multilevel marketing program, which, you know, back in the day, you just call that a pyramid scheme. But part of it is you’ve also got to go out and you have to recruit other people to sell this product as well. And then you’re kind of overseeing them. Whoever recruited you is overseeing you and overseen by this person, quite literally forming the pyramid of this particular or any particular multilevel marketing system. That, that’s what it is. That’s why it’s multilevels of the pyramid.

So to me this is really interesting and, and the cult like. This company, Young Living, described as cult like in the lawsuit. Explain that a little bit because I, I think it’s spot on, especially with what we’ve seen with the, you know, the way some people depend on these essential oils. But I, I was just very curious about that terminology, that that’s pretty strong language, isn’t it?

Scott Hardy:                          It is very strong language and it makes sense because people get so invested in this and according to the class action, they see the promise of riches and alternative health remedies are just the hook that Young Living uses to grow their base of recruits. But now the, the true purpose of the organization, the source of immense profits for the defendants, it’s, you know, the, the defendants are making all the money here and not the members. And in fact, the average loss for Young Living members in 2016 with $1,175.

So that’s not exactly going to make these people all this money. You have a lot of people that are hoping to become entrepreneurs and really, you know, run their own business, escape the shackles of the, the daily grind and instead they’re losing $1,000 or more before they figure out that, oh, this is just the big scheme to make Young Living a whole lot of money. Have you lose some friends by bugging everybody to buy your stuff and then get them to sign up for it when you’re never going to make a penny.

Farron Cousins:                  And you know, to me the whole thing is, listen, there, there’ve been studies that actually do show, you know, certain sense, certain smells, like with these oils they can help you relax. They can help with stress reduction along with other techniques. So look, if this is your thing, great, go for it. You know, and one of the things we do on Ring of Fire and obviously Top Class Actions as well, pharma, pharmaceutical companies are known to lie to people. So yes, it’s easy for people to try to latch on to something that they think may work better in terms of healing any ailments they have rather than turning to big pharma.

So I can see a little bit of that. But at the same time, let’s not also follow that snake oil salesman and think that, oh, I don’t have to go to, you know, pharmaceutical companies. This, this oil is going to relieve my headache. There is a big distinction between medical fact and basically this snake oil fiction. And I’m not saying essential oils are snake oil. There are benefits to this and again, if that’s your thing, fantastic. But what we’re with here is that companies are trying to take advantage of the people who do use these oils and when that happens, that’s when these lawsuits pop up.

When you have a company like Young Living here, you know, accused of this pyramid scheme, the cult like mentality ripping off the people who buy into it, that’s where you run into problems. You’re taking advantage of people who want to try something different, who want to go into the, you know, more holistic area of, of healing or stress reduction or whatever it is. And they only look at them in terms of giant dollar signs walking around, not people they want to help, people that are going to be money making machines for them.

Scott Hardy:                          Exactly. That’s the thing is that, you know, they were really trying to tie into that, that, that inherent part of you that says I want to be healthy. This is a, I can reach out to my friends, I can help my friends be healthier, not depend on big pharma for everything that ails them and I’m going to help my family, my friends live a healthier lifestyle and maybe even make a little money while I’m doing it. But unfortunately they just weren’t able to make any money. In fact, they were losing a whole lot of money.

Farron Cousins:                  Absolutely and, and anybody who may have been a part of this with the Young Living organization, make sure you follow the link in the description of this video. Find out everything you can about this class action and while you’re there, make sure you sign up for the Top Class Actions weekly newsletter. It has all of the information that consumers need to arm themselves about harmful products or corporate practices that they need to know about. Scott Hardy, Top Class Actions. I appreciate you talking with us today.