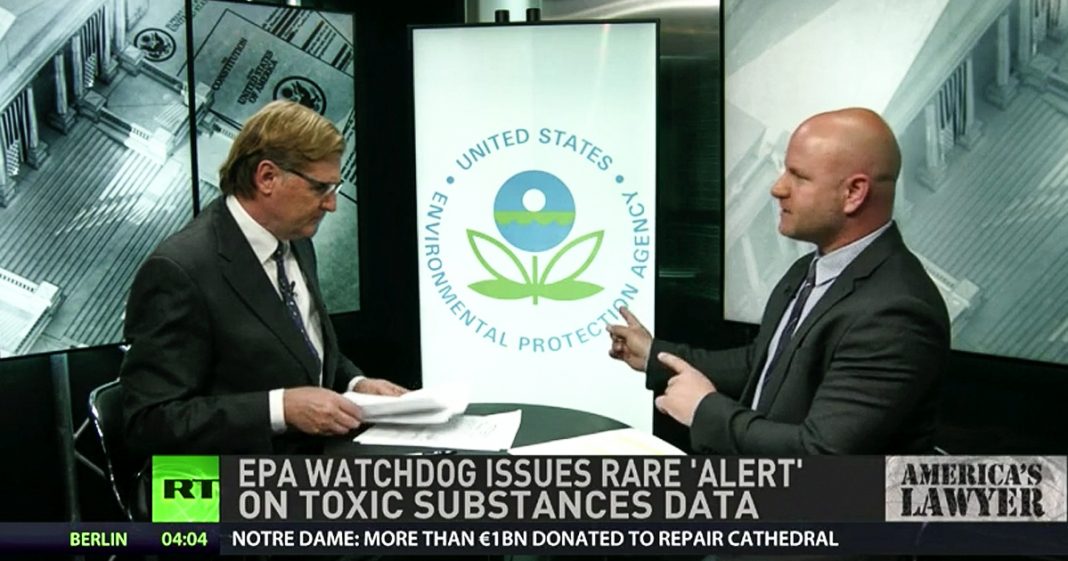 Via America’s Lawyer: The Inspector General of the EPA has issued a very rare management alert to the organization. Mike Papantonio and Farron Cousins explain more.

Mike Papantonio:             The Inspector General of the EPA has issued a very rare management alert to the organization saying, you know what, you didn’t get it right. I did want to take a couple of minutes on this story because we got another one but this, tell, about 30 seconds. Give me this story.

Farron Cousins:                  This is absolutely horrendous for the American public. The Inspector General of the EPA had to issue this management alert telling the agency itself that you’ve been lying to the American public for four straight years about how many chemicals they’re being exposed to on a daily basis. You have the correct information in your private database that the public can’t see, but you went out and told the public, no, you’re not being exposed to harmful levels of benzine or arsenic or mercury. You’re fine, but your own data says these people are in danger.

Mike Papantonio:             Let me land it. In the newspapers, in newspapers all across the country, they, they, for example, will sometimes talk about water quality. The information they got from the EPA is a lie. It’s totally a lie and now the EPA is having to admit, well, they have to admit it because they got caught.