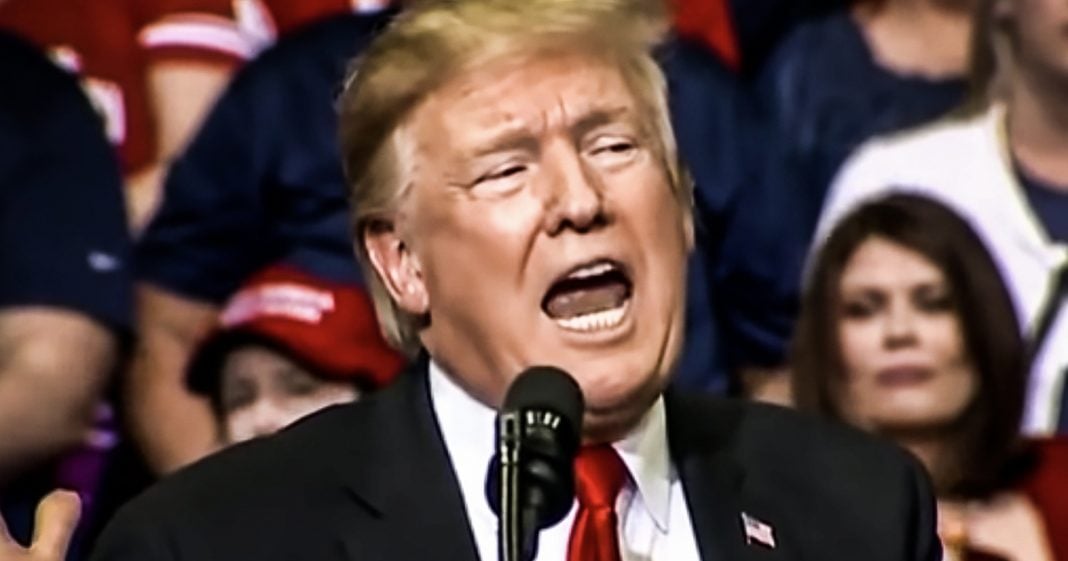 According to a damning new report from The New York Times, Donald Trump actually wanted to take the detained migrant children from our southern border and ship them down to Guantanamo Bay to be held indefinitely. This man is committing crimes against humanity with his immigration and detention policies and could likely be impeached just for this. But this new report shows how dangerous he truly is, as Ring of Fire’s Farron Cousins explains.

According to a bombshell new report from the New York Times, Donald Trump had actually considered sending detained migrant children from the southern border of the United States down to the prison at Guantanamo Bay. The same place that became infinite, infamous during the Bush administration for sending all the alleged bad guys down there indefinitely held for years without a trial, without actually ever being charged, tortured as far as we know. And that’s what they wanted to do with children that they captured at the border. And here is why that is so important obviously and sadly I might add that the news reports on the children being detained at the border of just died off as we’re in the horse race of the 2020 elections, but at least we still know what’s happening, right, because it’s happening down here on our southern border. We have lawmakers, Democrats who continue to try to go down there, get access, remind us that it’s still happening and that we have to pay attention to this. But what would have happened if this was taking place down in Guantanamo? Downing Gitmo, we wouldn’t see any footage of it. There wouldn’t be lawmakers driving down there trying to get in. They wouldn’t even have access. They wouldn’t even be able to get on the property. They would have to get special permission to even be allowed to go to that area of the world and we wouldn’t know what was happening.

Okay, and we already know what’s happening right now. We’ve had deaths, we have had rapes, we have had abuse. We have had psychological abuse, all of that within our own borders. At the hands of us, law enforcement officials and government officials had Trump gotten his way and send this down to Guantanamo. We wouldn’t know any of this, but those things would still be happening in much likely at a much larger scale. This administration is committing crimes against humanity.

It’s not my words. That’s what the UN has said. It’s what Amnesty International was telling us. We have created our own humanitarian crisis so that Donald Trump can score a few more political points. And just a day or two ago, he told us that we have another caravan of 20,000 people coming up through Mexico because like clockwork, quite literally every six months, Donald Trump is telling us about a new caravan that somehow never actually materializes because they don’t friggin exist. Only a complete moron would continue buying into this. Idiots lies about the caravans. Sure, there may be groups of migrants, there may be groups of immigrants up, but they’re not caravans. They’re not organized and they’re sure as hell aren’t. 20,000 of them traveling together.

Yeah, but he did it last April in May. He did it six months later in October, November. Now we’re back to April. May. There’s another caravan like clockwork every six months on the dot. This man lies to us about a new caravan, but it gets even more terrifying when you realize that they want to start putting these people essentially in black sites where the media can’t go. We’re politicians can’t go where nobody can see what is happening to these children. And the other asylum seekers, they may have shot down to Gitmo idea, but they have not given up on this right now. They’re currently looking for other military bases where they can hide and house these people, and if they put them somewhere where we cannot have access, where reporters can have access and lawmakers can’t have access, God only knows what’s going to happen to these people, but we do know that it’s not going to be pretty.