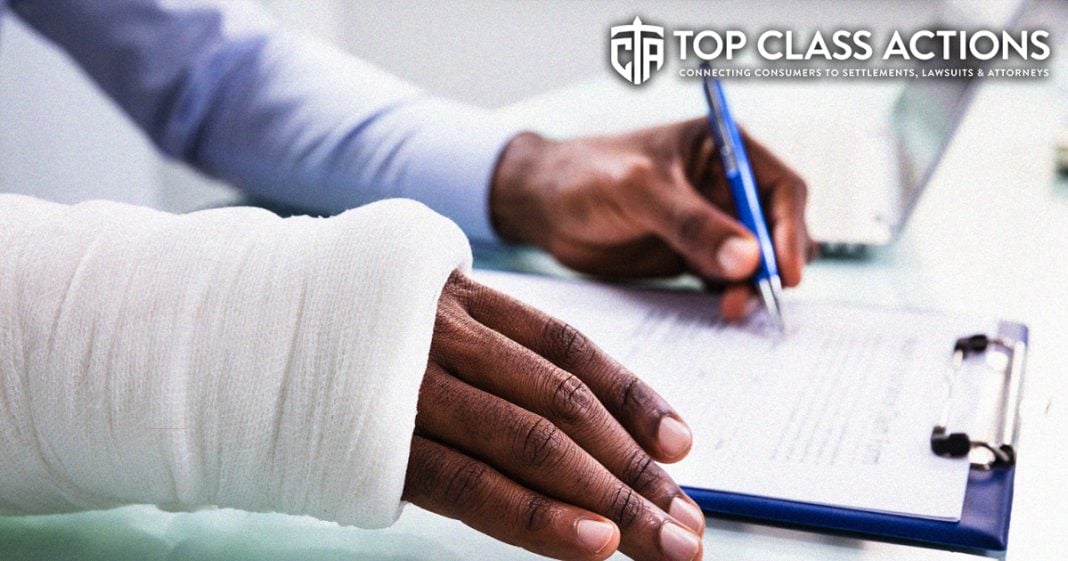 Unum, the largest disability insurance company in the country, has been accused of unfairly denying and/or terminating hundreds of thousands of legitimate insurance claims to boost its profits. In addition to a multi-state investigation into Unum (formerly known as UnumProvident) and thousands of Unum claim denial lawsuits, a Unum/UnumProvident Class Action Lawsuit Investigation has been launched to actively research all claims of Unum benefit denials. Ring of Fire’s Farron Cousins discusses this with Scott Hardy from Top Class Actions.

Scott Hardy:                          Sure, so this is long term disability insurance and you, you know, a lot of people get this for free from their employers. They may pay a small premium for it, but it’s meant to be so if you suffer an accident or injury or you’re hurt or you just get really sick, that you’ll be able to get a portion of the, your salary essentially paid to you for months, if not years, just to take care of you when you’re out. So you can still pay your bills. You know, in most cases you’re not going to get your full amount, but you’re supposed to get anywhere from 50%, 60% of your wages to take care of you while you’re out dealing with this illness or disability.

Now the problem is, is that you’ve got some big, big, big provider, Unum, UnumProvident is one of the biggest providers of long term disability insurance out there. And what we’re finding is that people have this insurance, they get sick, they get injured and they submit their claim and they get denied and they had a very valid claim. They might have a stack of medical paperwork backing up their claim and Unum it might deny them. Unum might go ahead and say, in this case, he had a $39,000 a year salary and the disability benefit that was offered to him was $376 and 62 cents.

So to go from making 40,000 bucks a year to $376 a year, that is not acceptable because just like a of companies out there, the and insurance providers particularly you and I have talked about, they count on you just accepting a check. They count on you going ahead and saying, I just need something to pay some bills right now. They don’t expect you to go ahead and get a lawyer and fight. And the lawyers, it’s, it’s critical here that with a lot of these cases for social security disability, particularly, lawyers typically have a cap of how much they’re gonna make, you know.

So even if they make, you know, get you a big settlement, you know, lawyers are doing this. Yes, they got to pay their bills, but they’re not, they’re not getting rich off of these claims. They’re just trying to get some justice for these victims and get them paid what they’re due. Because you by yourself going into the insurance company, you know, it’s, it’s practically guaranteed that you are not going to get the max claim possible.

Farron Cousins:                  Exactly, and two points to make here. One Unum, UnumProvident, 40% of the disability insurance in this country is through them, 40%. They have a 40% share of the market. And I bring that up to follow it up with another point and that is in 2002, 17 years ago, 60 Minutes ran a story that essentially told us how horrible Unum and UnumProvident actually were. And I’m going to read this quote directly from topclassactions.com.

According to Unum employees interviewed for the 60 Minutes program, Unum sets a claim denial quota each month and rewards claims adjusters who meet the goal by denying injured people the benefits they paid for. They have a quota. You have to deny this many people every single month and if you do, we’re going to give you money Mr. or Mrs. claims adjuster for not giving these people what they’ve literally been paying for. Scott, it doesn’t get more disgusting than that.

Scott Hardy:                          No, it’s really despicable that you have people that are paying into this insurance every single paycheck. Companies are buying this for their employees as a benefit, thinking that their employees will get taken care of if there’s a disability and it’s getting denied. You know that they are trying to make as much profit as possible, literally off the backs of people who are hurt rather than pay these things out. People are losing their homes, people losing their cars. Marriages are failing because, you know, you’re getting into arguments over money and all these folks are trying to do, are trying to get paid for what they already paid for it.

They put in the money now they need the insurance, pay them and get them taken care of. It’s not that challenging, but long term disability and short term disability insurance is a challenge and if you have been denied, please don’t just give up. Don’t just give up, contact a lawyer. We work with the lawyers that this is all they do. They don’t do anything but long term disability. So they actually have direct numbers to Unum, to the lawyers there and they say, hey guys, you haven’t paid this, pay Up. It’s sometimes it’s as simple as that.

Farron Cousins:                  Right, and just to point out, you know, while you were talking about all those bad things that happened to the people who have their claims denied. While those people watch their, their lives almost fall apart, there’s just a big profit party and a big bonus party happening in the Unum offices with a bunch of people patting the back of the person who denied that person’s claim. Now, to me, if I were that person getting the pats on the back, I don’t know how I could ever fall asleep at night knowing that I’m getting a bonus for screwing over my own clients.

Unfortunately, Scott, we’re out of time here, but if anybody has this Unum, UnumProvident disability insurance and your claim has been denied, please follow the link in the description of this video. Go to Top Class Actions, fight this. That is the most important thing you can do, and that is the only way we’re going to get these companies to change their behavior. Scott Hardy with Top Class Actions. Thank you very much for talking to me today.