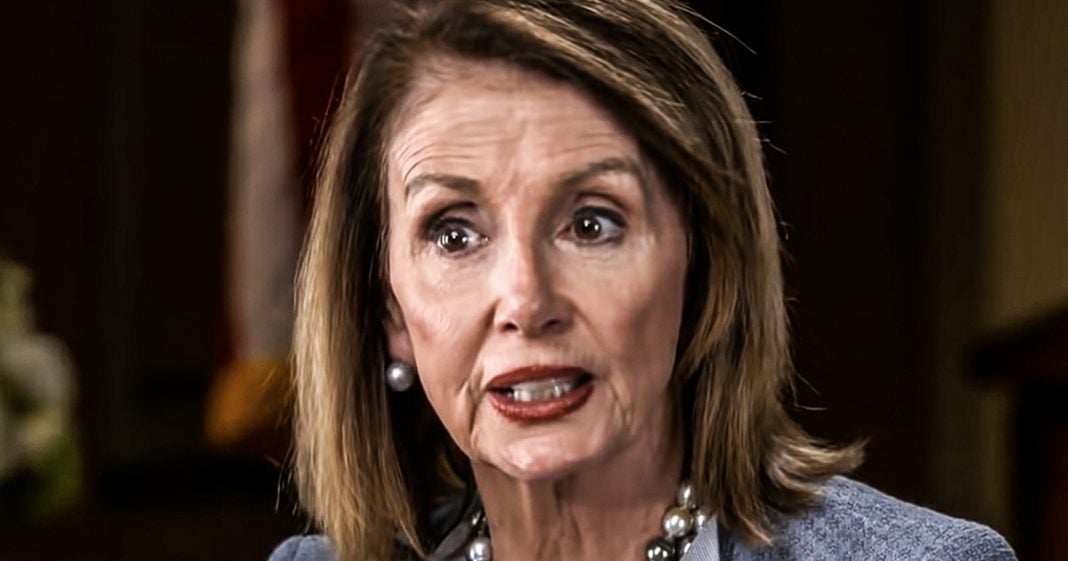 As more and more members of the Trump administration continue to refuse to comply with subpoenas and summons’, their disdain for the rule of law is no longer even questionable. However, Democrats in the House actually have rules and mechanisms in place to hold these non-compliers accountable, and they could even have them arrested. So why aren’t they? Ring of Fire’s Farron Cousins attempts to answer that question.

This morning we got word that the DOJ is not going to allow John Gore from their department to comply with a subpoena to go and testify before the House of Representatives about the census citizenship question that the Trump administration wants to put it in the next census. The DOJ, William Barr attorney general was actively telling this man, you are not going to comply with a subpoena. So this is just the latest person or thing that Democrats in Congress have subpoenaed only to later find out that this White House is going to say, nope. Not going to happen. We’re still waiting on all the documents related to a security clearances that still haven’t been turned over. That’s John Klein there who is not complying, still waiting on Don McGahn to come and testify. He’s been subpoenaed, but the White House is trying to fight that as well to prevent this. So what we’re seeing right now is a White House that is consistently disobeying the law.

If you get subpoenaed as an average person walking around the street going about your daily life. If you are subpoenaed and you do not comply, uh, you’re going to be arrested, you’re going to be held in contempt and then you’re going to be compelled to come testify anyway, even after you get thrown in handcuffs, hauled off to county, brought before the judge and all of that. And Congress actually has the same power to do that with these Trump administration officials. So I guess the big question is why in the hell are they not doing it? As was recently pointed out in an article in Washington monthly, the House of Representatives actually has several different mechanisms they can use to not just force these people to comply with these subpoenas and these document requests, but to also quite literally lock them up. She, the House of Representatives has a sergeant at arms and when somebody refuses to comply with the document request or comply with the subpoena, they can actually send the sergeant at arms to go and arrest them and take them into a holding cell.

And then they can be brought before Congress. And stand trial in front of Congress for contempt. Congress can do that. They could do that today. They could send out that sergeant at arms put car, uh, Carl Kline in handcuffs, put Don McGahn and handcuffs. Even though McGahn’s not the one who’s refusing the White House is trying to get him to refuse or prevent him from going. They could put John Gore in handcuffs, they could put so many people in this White House in handcuffs right this second because they have that authority and these people are not following the rule of law. Unfortunately they’re not doing that. They could also refer these four, you know, criminal prosecution or you know, criminal sanctions, whatever it would be to the court district. Uh, Yo district court up in DC. Unfortunately one of the other avenues is that they submit a request to the DOJ to hold these people in contempt.

And since the DOJ is the one directing them not to go and testify, that’s probably not going to work. But I think the best idea is the first idea. Send out the sergeant at arms, go buy some extra handcuffs because you probably don’t have enough on hand for all of the people that aren’t following the rules and start arresting them and then hold trials in the House of Representatives. You have the numbers. I mean, come on. We see every day that this administration is breaking the law and now they’re refusing to comply with the investigations to find out if they were breaking the law, which just means now they’re breaking even more laws and Congress 100% has a remedy for it. They just have to be tough enough to use it. Now as the Washington monthly points out, one of the reasons they’re a little reluctant to do this and because it’s time consuming.

Aw, that’s too bad, right? Ah, all your law breaking is going to make for a lot of paperwork and we just don’t feel like doing that. I don’t give a damn. I don’t give a damn if it means you people have to work around the clock for the next several weeks. Accountability has to be restored to our government. That’s what this is about. That’s what you were elected to do. If you don’t have the fortitude to do it, step down and let’s elect someone who will. That’s the bottom line. Right now, I am getting angry with these Democrats who continue to do nothing. They have the power, they have the resources, they have the knowledge of how to use it, but they are actively making the conscious choice right now to not do it. And that is not acceptable. They have to send a message, they have to send the message to this administration that you were going to obey the law or we are going to lock you up. Because if they don’t send that message now they are setting the most dangerous precedent this country has ever seen. And that is that everyone in the west wing on that executive branch of government is 100% above the law. And that’s not a message that we as a country can afford to send.