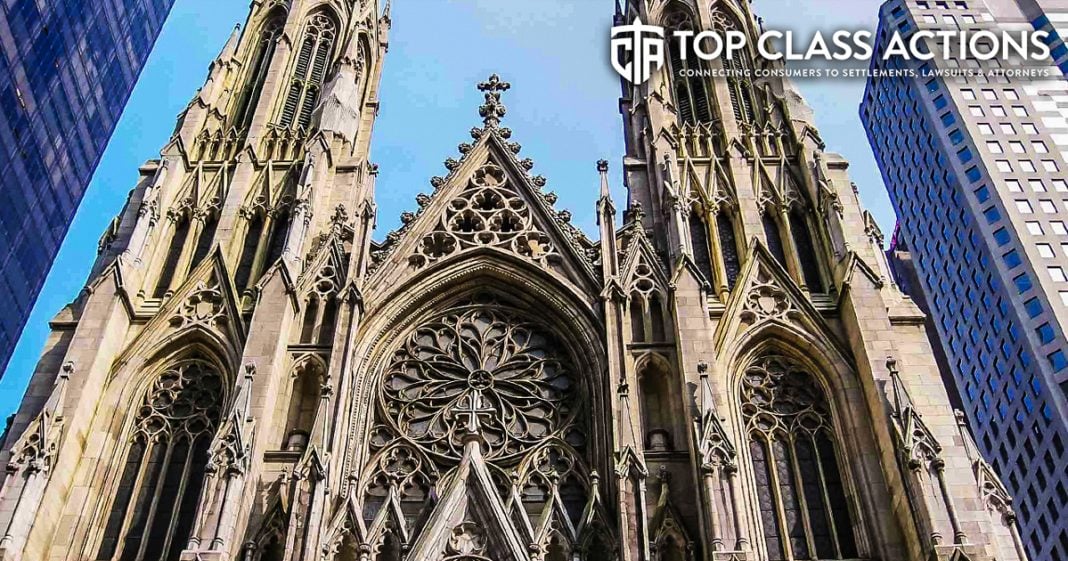 Several states have enacted laws in recent months and years that will allow the victims of clergy abuse to sue the establishments, even if the abuse occurred decades earlier. This is huge news, since many of the cases of abuse had already hit the statute of limitations and victims had no chance at any form of restitution. Ring of Fire’s Farron Cousins discusses this with Scott Hardy from Top Class Actions.

Farron Cousins:                  News cycles typically come and go. Big Stories pop, big stories get resolved, big stories disappear. But one story that has kind of remained a bit of a constant really for the last several decades are the stories about abuse happening to people at the hands of the clergy here in the United States. Well, several states are helping the victims to fight back. For too long, the victims have essentially been powerless. And if they didn’t almost immediately come forward with these allegations of abuse, there was really no help for them.

Joining me now to talk about the progress that’s being made on these issues is Scott Hardy from Top Class Actions. So Scott, we’ve got states of New York, New Jersey, I think Pennsylvania is in there as well. They’re starting to realize that we’ve got to do more to help the people who were the victims of this abuse at the hands of the Catholic church. So what are these states doing to help these victims now?

Scott Hardy:                          Right, and they are really opening things up to help these victims. And if you actually talk to and see the submissions and, and what, what’s happening to these victims, it’s really heartbreaking because you have a lot of these people that this abuse happened and then at the time they didn’t even know they were being abused. They thought there were just playing a game with the priest or the father or the, the pastor of that church. Because it’s important that as these regulations don’t just cover the Catholic Church.

This covers all sexual abuse and especially, you know, there were some pretty big studies that recently took place that shows that, you know, these things aren’t, aren’t just happening in Catholic churches are happening in Baptist churches, Presbyterian churches, other churches where you have typically men in a position of leadership and you know, children that are looking at them for guidance.

And so if this happened to you Catholic church or not, you’ll want to make sure to submit your information. So what these states are doing is they have been lifting the statute of limitations because you have a lot of these people that said, well yeah, this happened to me when I was 10 I’m 40 now and I, I, I’m recognizing that this was a big problem and you have people that this happened to that it just put their rural life, took them off the rails.

They went from being an honor student to being sexually abused. And you know, it could very well have gone into drugs or had problems in school. It really just throws an entire ranch in their life that a lot of them can’t come back from. And so what the states are doing is they’re saying, hey, we recognize that you need to have justice. You should be able to claim justice and get some kind of financial recourse for the sexual abuse that took place.

And so now child victims of sexual abuse will have until they are 55 to file lawsuits against individuals or institutions. So you’ve can file a lawsuit both against the person that did, that was the abuser as well as the church that employed that person, including the Catholic Church. Adult victims get seven years from when they realize the abuse is the source of emotional and health problems because you’ll have people that said, well, this happened so many years ago.

I don’t think that was it, but when in fact their marriages are falling apart, you know, they might’ve gone to drugs or alcohol and now they are suffering major, major consequences due to this sexual abuse that took place years ago. And most importantly for a lot of victims, victims who were previously prevented from filing a lawsuit because of the previous statute of limitations may now get an additional two years to file suit.

So if you tried to file a lawsuit before and they said, no, your statute of limitations is over, you have two years to file that lawsuit. And that will vary by state. So you really want to work with a lawyer to see what your options are and to make sure that you get the most for your claim. You know, I see the reports every single day of people say, well yeah, there’s $1 billion fund set up by the Catholic Church. I’m just going to submit my claim and hopefully I’ll get paid.

Well, when you have this much money at stake, you, you’re going to see the people who are overseeing that fund do exactly what happens and insurance companies do it right now, where they’re going to give you an offer that’s going to be a low ball offer hoping you accept it. And the attorney’s job is to sit there and go, oh no, no, oh no, no, this, this isn’t a $10,000 bill that you can go ahead and write off and, and, and, and give to my, my plaintiff here. No, you know, you need to cough up. This has caused life long trauma and I, you know, these clients are, are, are, do some kind of restitution for that abuse.

Farron Cousins:                  And what we’ve seen with stories that have come out, you know, really just in the last couple of months here, is that a lot of these abusers, they stayed in place, they stayed in power for, you know, 20 to 30 years with a specific congregation just carrying out abuse that entire time. And so when you have, and this is why the, the increasing the age limit is so important because when you have the people who it happens to, most of them do not want to come forward with it.

Most of them think, nobody’s going to believe me. Some of them sit there thinking maybe this was my fault, maybe I’m the only person that this happened too because I did something wrong. But when you finally do hit that one person that comes out and says, no, listen, this happened, more always pop up. They start to feel empowered. They realize it wasn’t just them, that it wasn’t their fault.

They feel like they have, you know, this, this almost comradery now they have people backing them up, people to support them. But there’s may have been 20 years ago versus the one that just happened two weeks ago and that the 20 years ago person, their statute of limitations prior to this had run out. They couldn’t have done anything. And so that’s why this is important. There’s lots of reasons why people do not immediately come forward and you cannot fault them for that.

But when they’re ready they should be able to, and that is what these, these new laws, these new rules, that’s what that’s addressing. These people can come out when they’re ready, when they feel like they need to and they still have a chance at some kind of restitution. And in, in many cases here, some form of justice because they’ve even upped the, the statute of limitations on filing criminal charges against these people.

Scott Hardy:                          Right. And that’s, it’s important to note that New Jersey, New York in particular, they have a one year, so we’ve got one year to file a lot of these cases. At that point we’re going to see statute of limitations go back into play. So there’s only a set time period that you can go in and get your case filed. And it’s not just the Catholic Church, it’s other churches. We’ve seen universities that have done this where they get complaints about administrators sexually abusing staff and students and attorneys are going after them. And just like the church, they typically have records of this abuse.

The university has records of emails and complaints being made against an alleged abuser where they didn’t do anything or didn’t do enough to stop that abuse from continuing. The Catholic Church has records of complaints made against priests and elders that, you know, they might’ve shuffled that priest off to another state, another country. You know, one of our, one of the clients we work with, Don Worley of McDonald Worley, he actually was just out in the Philippines to talk to victims and represent victims of abuse by the Catholic Church because the Philippines is a largely Catholic country.

And so you had priests that were going over there that might’ve been kicked out of the states. And so there’s all this documentation of this abuse that was not stopped, even though there was evidence that it was happening. And this is just trying to help those victims get some justice.

Farron Cousins:                  So I want to hit on something you just said again, as we, as we wrap up here, one year, one year, they’re, they’ve opened this up for people. So please, if it was you, if it was somebody you know, somebody you’re related to, a friend, whoever it is, give them this information, send them the links in the description of this video so that they can sign up so that they can try to make this right. Hold those responsible, accountable. Not just the people, but the institutions who help to cover this up. You only have a year before the statute of limitations goes back to what it was. So please make sure that you do this. And Scott Hardy, thank you very much for telling us this story today.