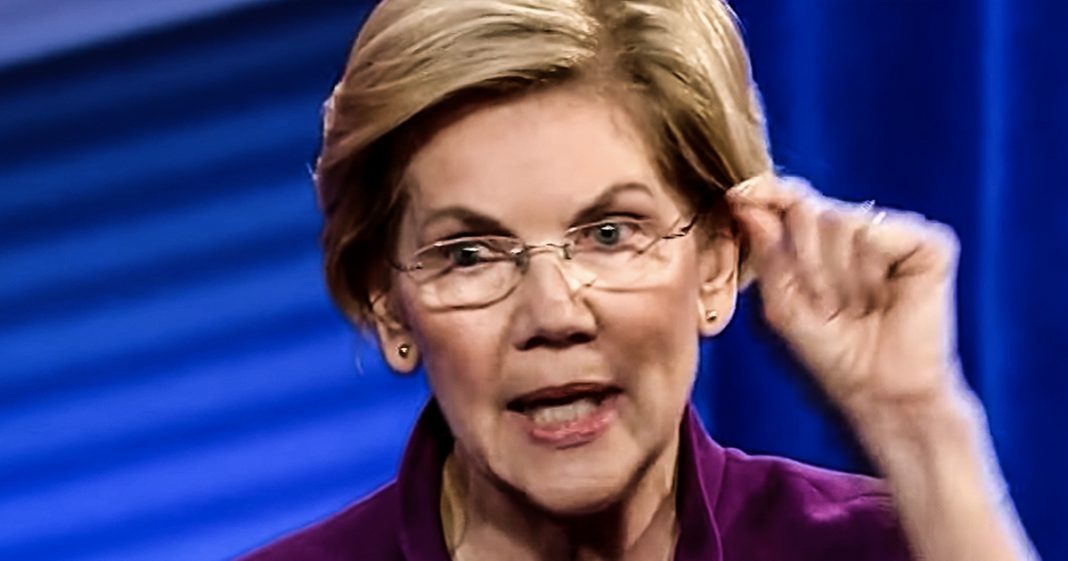 The idea of cancelling all student loan debt put forward by Elizabeth Warren has certainly gained attention in this country and it has sparked a debate about whether or not this is fair to people who have paid off their loans or didn’t take out any loans. Ring of Fire’s Farron Cousins has crunched the numbers, and based on even the lowest estimates, cancelling all student loan debt would immediately add billions of dollars to the economy every single month.

Earlier this week, presidential candidate Elizabeth Warren announced her debt cancellation plan and debt free college plan for the United States. Now her debt cancellation plan is, is something that’s phenomenal, something I 100% support and it goes a little further than just offering debt free college. This is, we’re going to provide student loan debt relief for the 45 million Americans holding one and a half trillion dollars in student loan debt here in the United States. Now immediately the right wing went absolutely Berserk, Oh God, what’s going to happen to the poor lenders? Ben Shapiro cries, Oh God, how is this fair to people who’ve already paid off their student loans? Other conservatives cried. Well, if any of these people had a brain, if any of these people knew how to do math, they would know that Elizabeth Warren’s plan to cancel student loan debt would be one of the biggest economic boost that this country has ever gotten ever. So, because I’m a person that really I guess had nothing better to do. On Tuesday evening, I started doing research and I started gathering numbers and I started doing the math and I’ve done it, and here it is. As I mentioned, we have 45 million people in the United States

holding student loan debt. The average student loan debt payment is between 200 and $280 per person. That’s the average. So even if we take that low end average of 200 bucks a month, that 45 million people are paying every single month. There’s $9 billion a month, $9 billion a month. That right now is going to these lending institutions to the banks. $9 billion a month, every month of the year. 80% of people in this country live paycheck to paycheck, which means 80% of people in this country spend all of the money they make each month. All of it, maybe a couple bucks leftover, but all of it. So 80% of that 45 which would be 36 million, suddenly 36 million people have an extra $200 a month. That is on the low end, $200 that they still have to spend because that 80% isn’t just living paycheck to paycheck.

Okay. Any conservative out there? Please explain to me why. Adding seven point $2 billion a new economic spending every single month is a bad idea. Tell me why we shouldn’t do that and you don’t have to because you can’t. How many new jobs would be created every single month. If suddenly seven point $2 billion is going back into the economy back in the local communities and the restaurants and the small businesses, that creates jobs and it happens every single month. So instead of sending this money to the big banks, why not put it back into the economy? Because that’s also going to generate tax revenue. So the federal government’s gonna make more money and yeah, they underwrote some of these student loans, so they would lose money on the debt cancellation and then recoup it from the increase in tax revenue.

See, this is what happens when you actually start to analyze things and you start to look at the numbers and you start to do the math and you realize, wait a minute. Hell yeah, this is a good idea. Kind of like when the Koch Brothers funded the study about Medicare for all trying to debunk it and ended up finding out after doing the math that, oh crap, this is going to save us a lot of money. You got to look beyond the headlines. You’ve got to look beyond the talking points. You got to look beyond the stupidity of these right wing talking heads. When you start to look at the numbers, this makes perfect sense. The crazy idea is to let that $9 billion a month continue going to the lending institutions who continue to screw over American citizens, rich and poor alike. That is crazy for giving all student loan debt. That’s honestly the only sane choice at this point.