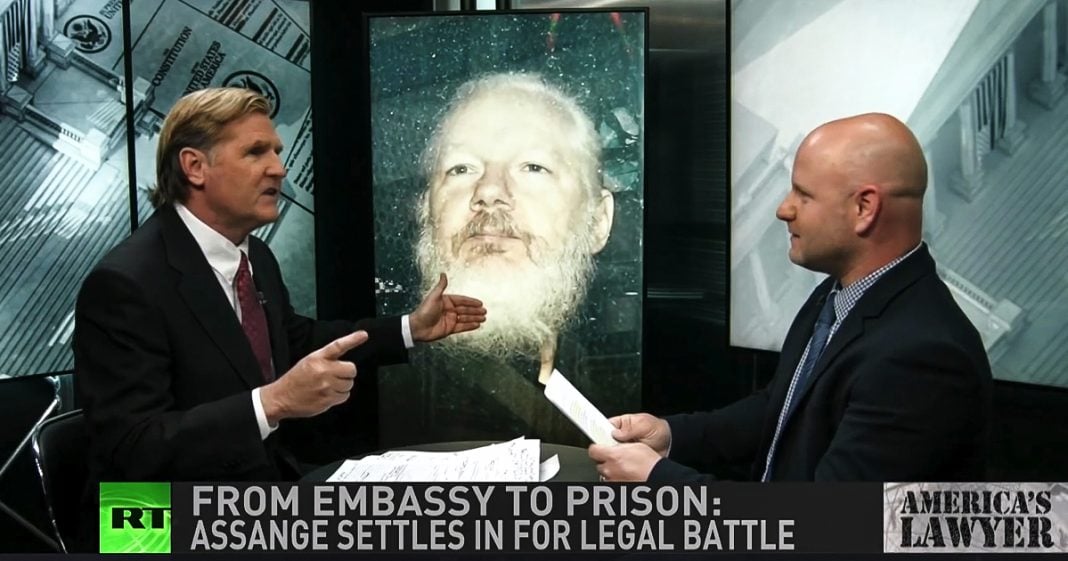 Via America’s Lawyer: Mike Papantonio and Trial Magazines Editor Farron Cousins discuss the charges against Julian Assange and what it means for the future of US journalism, after the Wikileaks founder Assange was forcibly removed from the Ecuadorian Embassy in London where he had been living for years. Also, Texas has been asking judges to stop throwing people in jail for unpaid parking tickets. They haven’t listened. RT Correspondent Brigida Santos discusses more. And, Mollye Barrows, Legal journalist with the Trial Lawyer Magazine, talks about a Peruvian farmer who traveled across the globe to file a lawsuit against the German energy company, RWE, over greenhouse emissions.