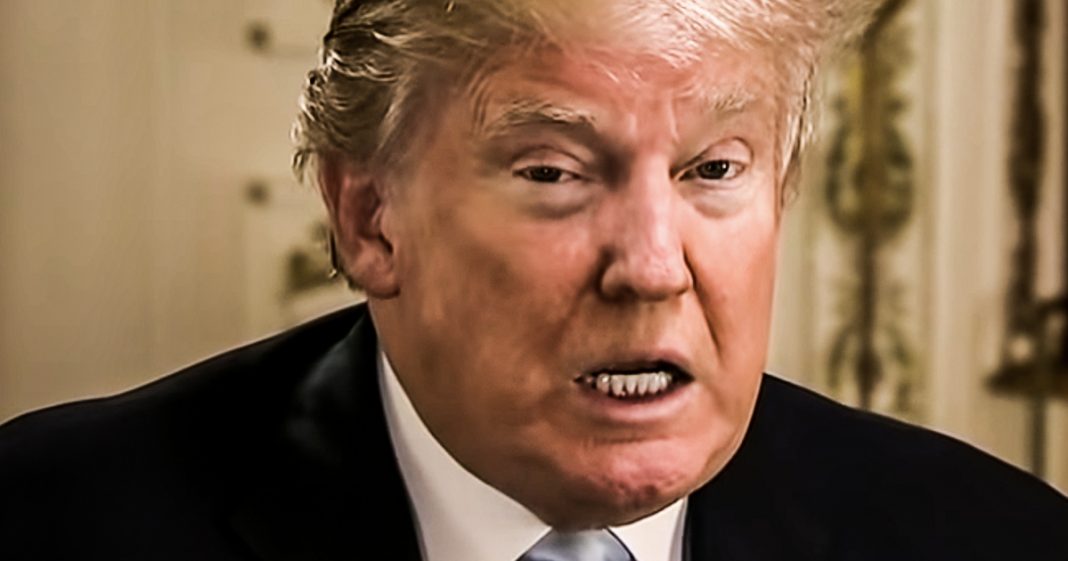 Democrats on the House Oversight Committee are now the targets of a lawsuit from Donald Trump and his legal team as they seek to prevent the committee from getting their hands on his financial records. They claim in the suit that this quest is politically motivated, but that won’t stand up to legal scrutiny as Michael Cohen directly implicated Trump in financial fraud schemes during his Congressional testimony. Ring of Fire’s Farron Cousins explains why Trump is going to lose this fight.

Donald Trump really doesn’t want Democrats on the House oversight committee getting their hands on his financial records. And so yesterday Donald Trump and his team of lawyers decided to sue Democrats on the House oversight committee to stop them and stop their subpoenas for Trump’s financial documents. They want as bank records, they want as business records. They want to know what the hell is going on with his finances. And Trump says via his legal team in their lawsuit that this is all politically motivated. They’re just out to get me. They’re just looking to make me look bad. And they should be working on bipartisan legislation that the president wants to pass. That is actually from the lawsuit. That is actually what they put in there. Democrats are on their sleep, politically motivated, you know, a hunting expedition when they should be passing legislation. The president wants to pass.

No, Congress is actually doing their job. That’s what they’re supposed to be doing. Do you know why? Well, number one, because we had Michael Cohen a few months ago, come to Congress and tell us that you committed bank fraud. He told us that. So we kind of need to see those records to determine whether or not Michael Cohen was telling the truth. We have probable cause. Now Michael Cohen testified under oath. That’s probable cause. We can look at that, we can get our hands on those records and we can investigate them. Number two, uh, you’re violating the emoluments clause pretty much every single day of your presidency and we need to see how much money you’re getting from this. We need to see who is paying to stay in your hotels, what kind of profit you’re pulling in from this so we can determine whether or not you’re violating the constitution on a daily basis.

The Democrats on that House oversight committee have plenty of probable cause. They are doing what is within their right as members of the oversight committee to get their hands on documents and to conduct these investigations. They have not overstep their boundaries. They have not done anything illegal. They are doing. Actually what Republicans did in the 90s that came to nothing when they subpoenaed all those financial documents and banking records and as part of the Whitewater real estate investigation of bill and Hillary Clinton, remember that thing you guys wasted so much time on millions of dollars and then it came to nothing with Whitewater. Well, sure. Let the Democrats do the same thing. If you’ve got nothing to hide, you’ve got nothing to worry about and I think that’s what a lot of manga hat wearing Trump supporters seem to forget for an innocent man. He sure is acting guilty as hell. You know when you have a treasure trove of documents that are nothing but financial records and you say, nope, nobody can look at these, nope, you subpoenaed them. Nope, I’m going to sue you for that. Literally no innocent person would ever do that. None. Not One really. I mean, think about it really. If the FBI came knocking on your door and said, log into your banking app, we have a warrant right now and we want to see your documents, and you said, no.

What’d you do that or would you say, okay, fine, whatever, here, look at it. What are you looking for? Fine. Most people would be in that second category unless of course you were purchasing things that you ought not be purchasing or you had some kind of malicious intent or you had something to hide because you were committing some kind of fraud. Those are the things that Democrats on the oversight committee need to look into. Not because they just hate Donald Trump, but because that’s actually part of their job. And I know Trump doesn’t like to work, but that doesn’t mean he gets to claim that anybody who is actually doing their job is politically motivated. They have reasons, they have probable cause. And your lawsuit is going to fail on its merits because nothing these Democrats have done is without, uh, outside of their scope of responsibilities and powers. The president cannot use syrup, those powers from Congress and he cannot stop Congress from having those powers. That is why we have the separation of powers so he can sue all he wants and waste everybody’s time. But at the end of the day, there is no way in hell his lawsuit is going to be successful.