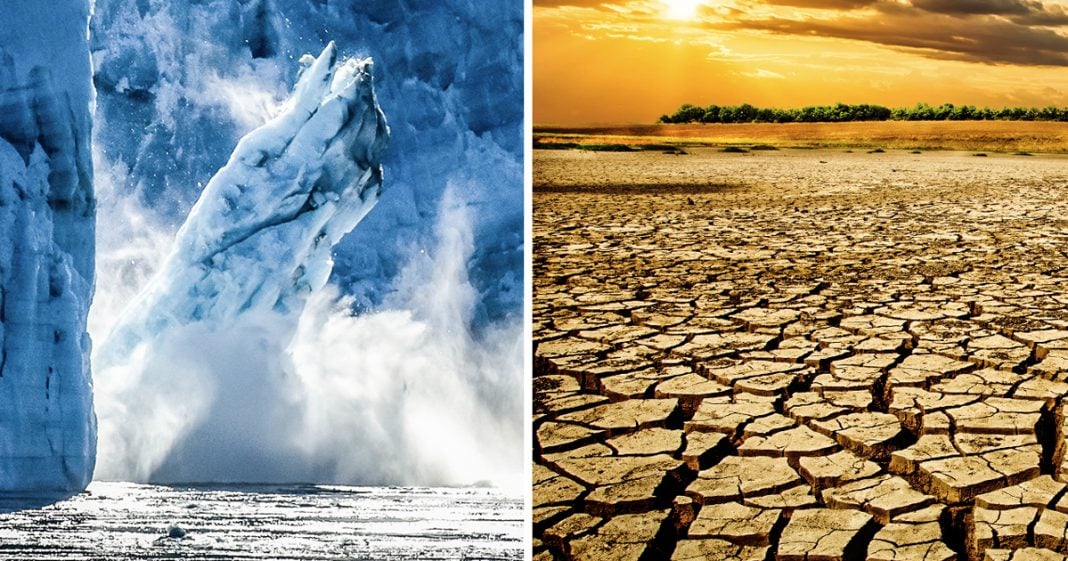 According to a new poll, roughly 80% of parents in this country want schools to teach children about climate change, yet most schools have absolutely no lessons on the causes, effects, or anything at all related to the issue. This isn’t the fault of the teachers, however, as they are often overworked, underfunded, and lack the resources necessary to tell our children about the most pressing issue of their lifetimes. Ring of Fire’s Farron Cousins discusses this.

According to a new poll from NPR, four out of five or 80% of parents and adults actually in the United States believe that climate change should be taught in schools. 80% of grownups in this country believe that we should be teaching our children about manmade climate change. The causes, the effects, what’s going to happen and what we can do to solve the problem. 86% of teachers in this country agree with that. 86% say, heck yeah, we should be teaching our children about climate change. And what’s great about these numbers from this new poll is that they transcend party lines. Majority of everybody, Republicans, Democrats, independents, on majority of all of them say, yes, we should be teaching our children about the damage we’ve inflicted upon our own planet. But here’s the problem. Teachers do not have the resources. They do not have the skill set. Unfortunately, some of them to actually teach this, and this has actually by their own admission, I’m not knocking teachers here by any stretch of the imagination. They’ve said they don’t understand it enough to teach it to the children. Some of them, not all of them. Okay. But the biggest complaint is it they don’t have the resources to do it. They don’t have the time to do it. It’s not a part of their particular subject matter. You know, it’s kind of hard to get a math teacher to talk about climate change obviously, but that is a failure of the government of state governments in charge of curriculum of federal governments and and funding issues.

This is a failure of the government and to be honest, it’s a failure by design. We have seen for decades now republicans, when they get in power, whether it’s at the state level, the federal level, they try to gut public education here in the United States. They depend on these right wing crazed book makers. The people who want to take things like evolution out of textbooks and rewrite the history sections to say that slavery was a happy time in the United States history and that slaves really loved what they were doing, which is actually what’s being written in textbooks in Texas right now. They’re the ones making the, making the decisions here. They’re the ones keeping out climate change. They’re the ones preventing our children from learning about something that is going to affect their daily lives in the very near future. But more importantly, this might be the generation that can do what we never could and fix the problem. Okay.

We have seen so many young activists, the ones suing the government for doing nothing on climate change. The ones who started the sunrise movement, the ones who are out there protesting, giving speeches while they’re still in middle school or high school about the threat of climate change. They want something done. And based on what we’ve seen out of DC and global leaders, it’s going to have to be these kids. We have phenomenal climate scientists out there right now who had been working for years and years and years telling us about the dangers, trying their best to explain it to us in terms that we can understand, but they can’t actually fix the problem themselves. They need us, all of us, the elected leaders, the activists, the students, the teachers, everyone to be on board to do something about it. And that’s what’s missing. Teachers want to teach it.

The textbook folks don’t want to put it in the textbooks. Parents want their kids to learn about it. Yet most of them haven’t talked about it to their kids at home ever. According to the poll, we all have to step up. This is not a problem. That one we can, uh, no ignore or two that we can’t prevent. And that’s also what’s missing from the discussions here. We can prevent it. We can stop it, we can make it better, but only if we take action and we’re not going to take action by burying our heads in the sand and pretending to tell our kids that, oh, you don’t need to worry about this thing. Let the grownups handle it. Grownups have been handling it for a few decades and now we’re already to the point where we have to do something now because the grownups didn’t really handle it when they were in charge. Bring the kids into the conversation. They’re more active, they’re more energized and they’re a hell of a lot smarter than we give them credit for. But if we withhold this knowledge from them, then they really don’t have much hope for a bright future.