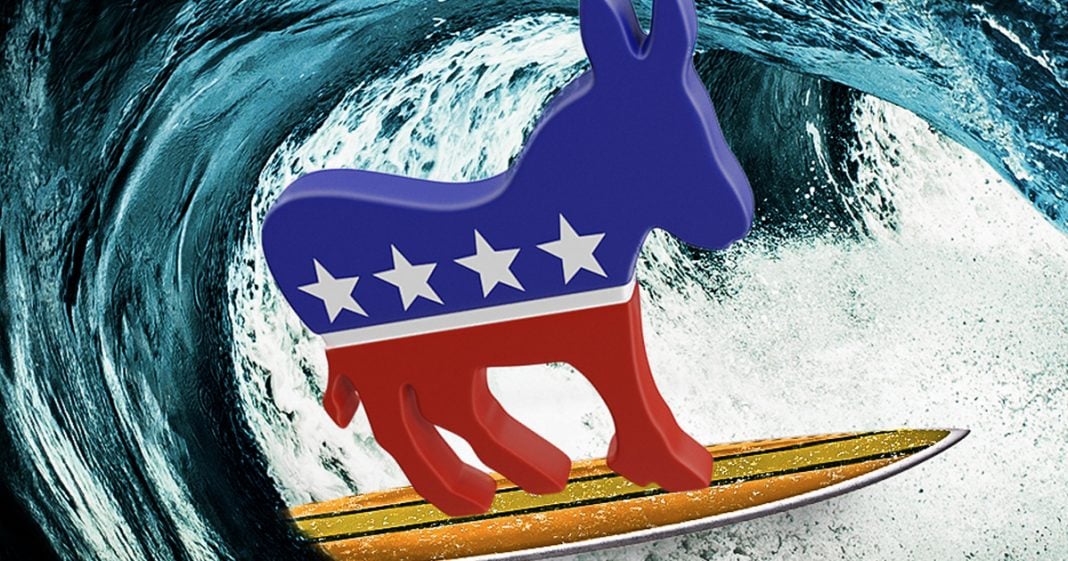 Republicans will stop at nothing to prevent more Americans from being able to vote because they understand that this would mean the end of their political power. So after getting whooped in the 2018 midterms, Republican-controlled states are now ramping up their efforts to purge or suppress more and more eligible voters ahead of the 2020 elections. Ring of Fire’s Farron Cousins explains what’s happening.

Republicans across the United States are terrified that 2020 is going to bring yet another blue wave to their states like it did in 2018 so they’re doing what Republicans do best. They’re trying to prevent people from being able to vote in the 2020 elections. Three states in particular right now are working on brand new suppressive, repressive or oppressive voter purges or voter suppression. And those states happen to be Texas, Arizona, and Tennessee, all three red states, but they all saw democratic surges in the 2018 midterms. Texas had multiple, uh, federal and state districts flip from red to blue. Same thing with Arizona in same thing with Tennessee. They weren’t prepared for this. Now, Republicans still control a majority in those states, but they see it shrinking. They saw it shrink last November. They see it shrinking as the demographics change, as the people change, as the world changes.

And there is nothing that terrifies a republican more than change. That is what they have always been afraid of. And that is why they’re enacting these new laws. For example, Texas Senate bill nine what this piece of legislation will do when it passes, and I say, when not if, because it’s Texas and they’re Republicans and they’re going to pass it. Senate bill nine we’ll basically throw anyone in prison. If you screw something up on your voter registration form, if you misspell your street name, they consider that fraud. Boom, you’re going to jail. If you happen to put in the wrong zip code, maybe you just moved to a different neighborhood, it happens to have a different zip code and you didn’t realize that and you put it on there and oops. Too Bad you’re going to jail. They’re literally going to jail people instead of giving them the opportunity to correct their form, or instead of realizing that every human being sometimes makes mistakes and giving them a chance to fix it.

Nope, not in Texas. You screw up, you’re going to jail. Tennessee is taken it a step further. They want to jail people who do these voter registration drives if they turn in incomplete forms, so now Tennessee’s not just going after the voters themselves. Tennessee’s going after the people who want to register people to vote because God forbid more people participate in our democratic processes. Arizona is working on legislation right now that would actually prevent many people from voting by mail. If they signed up for the state’s a vote by mail program, but you didn’t vote by mail and two consecutive elections, then they’re just going to kick you off the list and whether you’re, you know, an invalid, maybe your, your elderly, maybe you can’t drive, maybe you don’t have a vehicle, you don’t get to vote by mail if you didn’t do it in two consecutive elections because they just decided we’re just going to kick you off the role.

That’s it. I mean that’s, that’s the reasoning. Now Texas is also working on us. Some pretty massive voter purges trying to get rid of anyone within, uh, Hispanic sounding name, which we have talked about in the past here. But it all has the same goal, prevent more people from voting because the more people vote, the more likely it is Republicans are going to lose seats. Now, if you want to compare that for a moment to what’s happening on the left side of the aisle, we have people like Bernie Sanders who say that election day should be a national holiday. Nobody should have to go to work so that everybody can have the chance to vote. We have others who say that we should extend voting beyond just one single day. We should extend early voting. We should give voting rights to people in prison, voting rights. The former felons get as many people who are citizens of the United States to vote as possible. That’s the democratic side. Versus the Republicans who say, no, screw it. We don’t want anybody voting. If we could, we’d go back to the days of poll taxes and women not having the right to vote. That’s what Republicans want to take us back to.