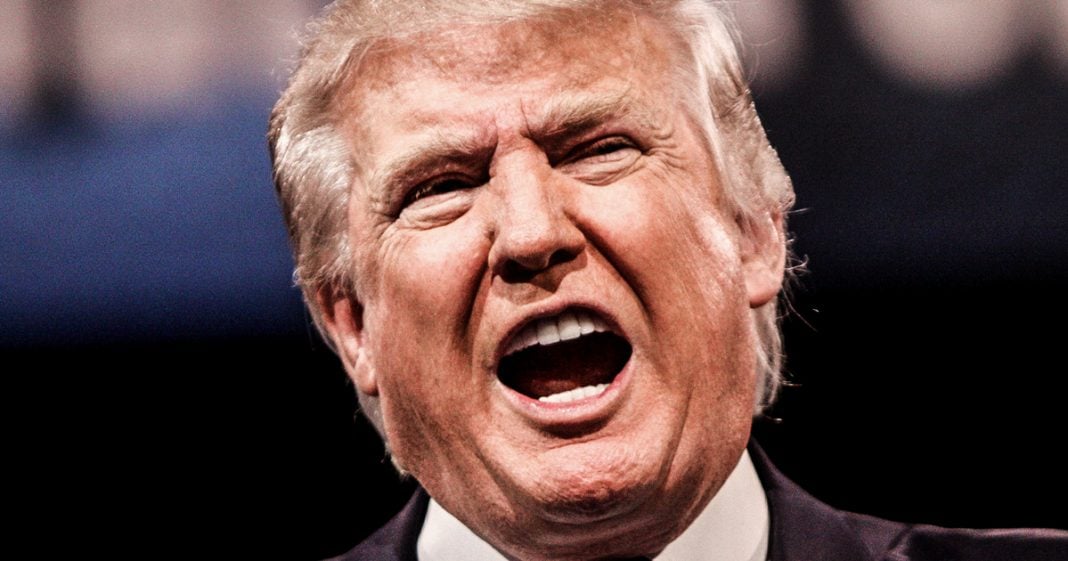 A coalition of states suing Donald Trump over his phony national emergency has now grown to a total of 20. They have formalized their complaint against the administration in a lawsuit that they are hoping will stop Trump from taking money away from other projects to pay for his wall that a majority of Americans don’t want to see get built. Ring of Fire’s Farron Cousins explains what’s happening.

The number of states suing the Trump organization in order to stop his national emergency and his plundering of federal funds to pay for his border wall has now climbed to 2020 states in this union have filed suit formally as of last Thursday against the Trump administration because they’re very concerned, one that we don’t even need the wall to begin with, but so that they’re all going to start losing money. Much needed, desperately needed money because Trump has given himself the authority to basically steal from whatever money congress has allocated for other things in order to pay for his stupid wall that even a majority of people in this country now say is absolutely stupid and pointless and we don’t want it. But these states have a point as we have discussed in the past, many others have discussed in the past declaring the national emergency does open up several different avenues for Donald Trump to start stealing money to pay for his wall.

And we have seen other reports come out that say some of the things getting plundered include military housing, military pensions, and pay as well as some school districts are now going to lose money because Trump’s taking it to pay for his wall. So he’s literally taking money away from our veterans and our military. The people he claims to love so damn much, he’s stealing money from school systems so that our children will get a subpar education. Maybe not the most uptodate textbooks, maybe not the most accurate textbooks, no technology in the classroom, you know, can’t afford to pay the good teachers enough money. So you end up with second rate people and no offense to teachers. But yeah, there are some not as good as others, but if you can’t afford to keep on the good ones, you got nobody to bring up the standards of that school and everyone suffers as a result.

We see it in school systems all the time. The bottom line is that these states don’t want to see these things happen. They don’t want Trump to steal their money. They need it. If they didn’t need it, it wouldn’t have been appropriated to them. And they’re scared right now because they don’t know what’s going to be the next fund that gets hit. But they do know that there is no national security emergency down here at the border. There is an emergency, all right, but it’s one that the Trump administration created themselves. And that is the humanitarian crisis of separating families and locking children and men and women in cages as if they were animals. These are human beings. And no matter what Trump says, no matter what type of people he’s talking about, no human being has the authority to dehumanize another for any reason, no matter what kind of person they’re talking about.

But that is exactly what this man has done. And these states are trying to put an intuit because they see that it’s unnecessary. They see that it hurts the other programs that they need the fund. And they also recognize the massive humanitarian crisis that this administration has created. And they also understand that it’s only going to get worse if he is not immediately stopped the contracts for some of these child prisons run through the next four years. They’re not stopping this. They’re building new ones. They want to lock up more people, and that is exactly what they’re planning on doing. If nobody steps in to stop Donald Trump. Luckily these 20 states that have now banded together are doing exactly that.