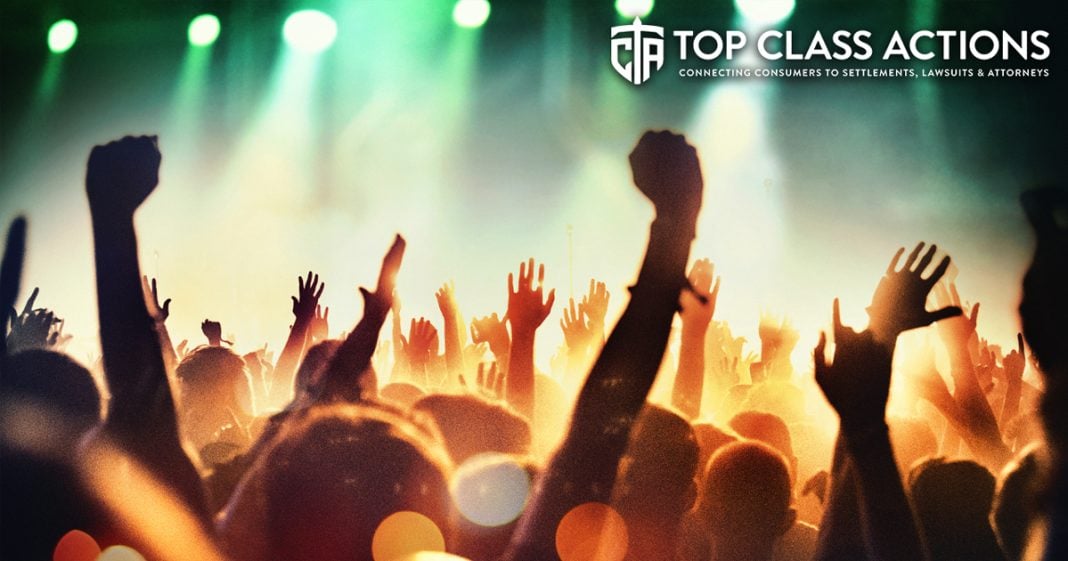 Vivid Seats allegedly uses a bait-and-switch scheme to take advantage of consumers by promising “the industry’s best ticket prices,” but then charging the original ticket price. Following through on their representations, Vivid Seats allegedly offers various tickets to concerts and sporting events and advertises these seats with a percentage discount. The Vivid Seats class action says these discounts are advertised directly to consumers through email. The discounts are reportedly also reflected in seat price representations on the company’s website. Ring of Fire’s Farron Cousins discusses this with Scott Hardy from Top Class Actions.

Farron Cousins:                  It wasn’t that long ago, for those of us who are a little bit older to remember when there was a big issue with Ticketmaster. Ticketmaster was overcharging people, these exorbitant, you know, handling fees and all kinds of stuff that really left consumers with a very sour taste in their mouth. After that happened, you had all of these other groups start popping up saying, we’ll sell you tickets to your sporting event, the concert you want to go to, the play you’ve been dying to see whatever it is. Ticketmaster is not the only name in town now, and as more and more of these places pop up, we start to see more and more issues pop up.

Joining me now to talk about some of the latest problems we’re seeing with some of these other ticket sellers is Scott Hardy from Top Class Actions. Scott, look, tickets are expensive no matter what you want to go to. Those prices keep going up and up and up. So when we come across a great deal or what is perceived to be a great deal, we jump on it because hey, anything is better than having to pay the full price or maybe you get extra benefits. I mean, even taking your kids to see Disney on ice is going to cost you a few hundred bucks, but it’s not always what it seems is it?

Scott Hardy:                          No, it sure isn’t. And this class action against Vivid Seats, that just puts another big light on who we thought might be a very reputable ticket seller, ah might not be the case. In fact, they’re actually being accused of shady business practices here because Vivid Seats advertises that they have the industry’s best ticket prices. So you look at that and say, hey, I might be getting a little extra deal here. And so in this class action in particular, you had a person that was buying tickets to see Bob Seger or if it’s still Bob Seger and the Silver Bullet Band. I don’t know if Coors Light took that right away from him to use that title, but they’re off to see Bob Seger.

They were, got an email advertising a 10% discount. They went bought their tickets for almost 1300 bucks and then they noticed, hey, where’s my discount? They reached out to Vivid tickets and Vivid Seats and said, hey, we need my discount. You guys promised it to me. Just give me my 10% back and I’ll be happy and I’ll go to my Bob Seger concert and rock out. It’ll be awesome. Vivid Seats said no, no discount. You suck. Go Away. I’m sure they didn’t say you suck, but you know, that was essentially what this guy felt when he didn’t get that promise discount. So we have this class action being filed.

Farron Cousins:                  Right, I mean $1,300 for four tickets, four tickets, $1,300 yes, 10% off. Taking a 130 bucks, almost off the top of that. That makes a big difference. You know, and when you get an email, a direct marketing that says we will give you 10% off whatever comes after that statement, you have no reason whatsoever to think that you are not going to get 10% off. This is, I mean almost the textbook definition of the bait and switch. We lure you in with this promise of 10% off and then just straight up don’t give it to you. And again, you know, as you pointed out, Vivid Seats, we thought this was an honest broker here.

We thought at this point everybody’s better than Ticketmaster, but it just turns out they’ve got their own plans, they’ve got their own little schemes, their own way to make money. And I feel like that’s what’s unfolding here. And it’s very disappointing again, because if you go to an event of any kind concert, sports, whatever it is, you pay a ton of money. And all we the consumers ask for in return is that we get to deal with honest brokers selling us the tickets and the more we look at each individual company, it doesn’t feel like there’s many honest brokers out there selling tickets to any of these events.

Scott Hardy:                          No, it sure doesn’t. And it’s funny because this class action isn’t even about their claim of the industry’s best ticket prices. It’s simply about the fact that they are emailing people and shooting people that long list of different events in their area and they’re saying, hey, use this code, you’ve got a 10% discount and they’re not getting it. I mean, come on. If you’re going to promise a discount, give it, and if you mistakenly have a system problem, you can’t actually process it, give the refund on that discount and you won’t get a class action filed.

I have friends say to me, why do I have to, these class actions are unnecessary. But then when you give them an example like this, if they, this is a company that according to class action is lying to people promising a discount and not giving it, and there is no way you can get justice without filing a class action. This is exactly why class actions were made.

Farron Cousins:                  Exactly and if, if these lawsuits aren’t filed, the company eventually, whatever company it is, just takes it to the next level. Okay, well we got away with this, let’s try this now. I mean it’s, we, we’ve, we’ve seen this all too often. Whether it’s pharmaceuticals, medical devices, you know, big corporations, products they’re selling, labeling on products, whatever it is, you let them get away with one thing and it’s going to continue to escalate because they feel invincible at this point. And that’s the power of these class actions.

That’s why they’re important. That’s why these are not, you know, frivolous suits. A company did wrong and the company has to be held accountable. I mean, listen to these, you know what Vivid Seats is being accused of here for violating Illinois consumer fraud laws, breach of contract, promissory estoppel, common law fraud and unjust enrichment. Those are not frivolous charges. I mean that sounds pretty serious, but that is essentially what these plaintiffs are alleging this company engaged in with this particular bait and switch.

Farron Cousins:                  Yeah, Scott, thank you for talking to us. For anybody who needs more information on this particular issue, follow the link in the description of this video. Head on over to topclassactions.com and make sure you sign up for their weekly newsletter to stay on top of all of the issues that consumers need to know about. Scott Hardy, Top Class Actions. Always a pleasure talking to you.