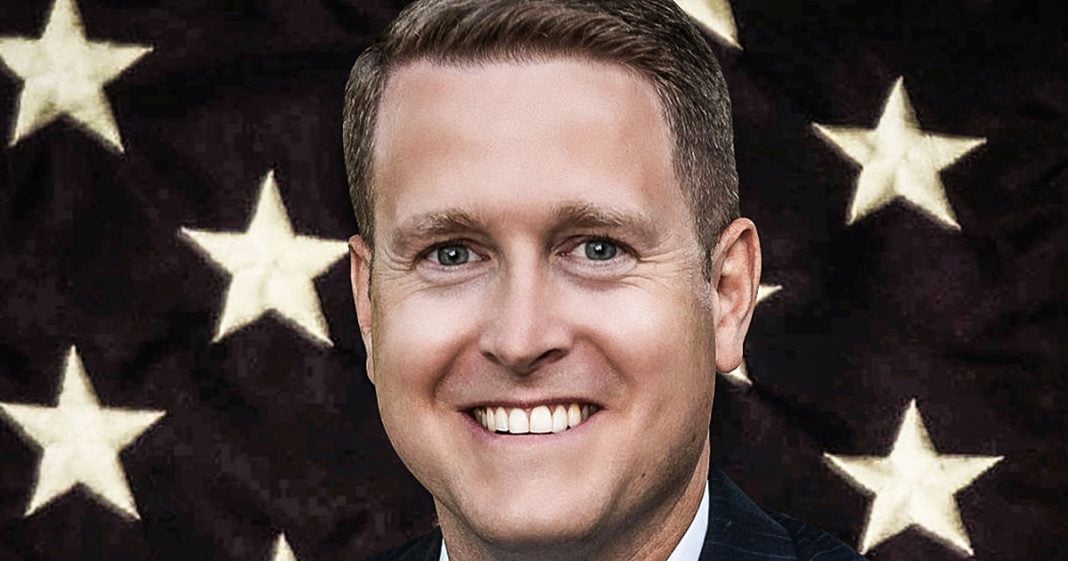 Washington state representative Matt Shea has been caught plotting with right wing extremists to violently attack liberal activists. Shea was also found to planning “psyops” against these activists according to conversations that he was having with these extremists via an app called Signal. This is not the first time that Shea has called for violence, and if he isn’t thrown in prison, it won’t be the last. Ring of Fire’s Farron Cousins discusses this.

Now, Republicans may not have a monopoly on crazy, but they certainly knew have a majority ownership in it. Take for example, Washington State Representative Matt Shae, a Republican over in the state of Washington who actually just a few months ago we talked about because he published his manifesto, the biblical basis for war that basically said, kill all men in this country who do not follow biblical law. Well, he is back in the news again because he wants to hurt more people. According to new reports. Matt Shae has been using an app called signal to chat with far right extremists to plot violence against liberal activist. Yeah.

A sitting Republican member of Congress, even though it’s at the state level, was plotting with right wing extremists to cause physical harm to liberals. Matt Shae in these discussions, in these logs that were obtained by the Guardian, um, also said he was going to perform some psyops on him. He was to do some spying. He was going to get all the Intel about these liberal activists around Spokane. And that way they’d have all their information so they could, you know, take them out or whatever it is they needed to do. Read you a couple of the quotes here. Um, this is truly disgusting. This is how they, uh, described in detail what they wanted to do to some of their political enemies. A shaver bald with a k Bar, Usm see field knife, uh, would make good attachment points for hoisting communists up. Flag Poles, especially the ones with nipple rings, but a few cinch up zip ties. Enough. You don’t even need nipple rings for hoisting.

This is a sitting congressman engaging in these conversations. Those were not his words. It was after that that he said, I’ll do the psyops and get all the information. This man should be in prison as should his little cohorts that he’s been talking to online. They want to harm people. They want to harm their political enemies for no other reason than they disagree with them on political issues. Matt Shae should be in jail and I can’t say that enough. Matt Shae, Republican Representative Matt Shea should be in prison. This man is clearly a threat to the general public. He is clearly a threat to anyone who disagrees with him. And yet even after calling for the murder of all males who don’t follow Biblical law, just a few months ago, this moron is still sitting in office plotting harm to other human beings.

Now, if we were to find out that any member of any government of any other country on this planet had been doing this, this would be a top story across the country. Newspaper headlines all over the place. Just imagine Saudi Arabian leader plotting violence against political enemies, Venezuelan leader, politician, plotting violence against political enemies, Iranian leader plotting violence against political enemies replaced that country than new belts. Russian politician, German politician, British politician. We would hear about it nonstop, but not when it’s happening right here in the United States. Matt Shae’s should be hauled out of that state house in handcuffs and never to be released to the general public again, but I guarantee you this is a story that the media is going to overlook, but if it happens somewhere else, we would hear about it nonstop. Until that politician had been thoroughly convicted and sent away for life.