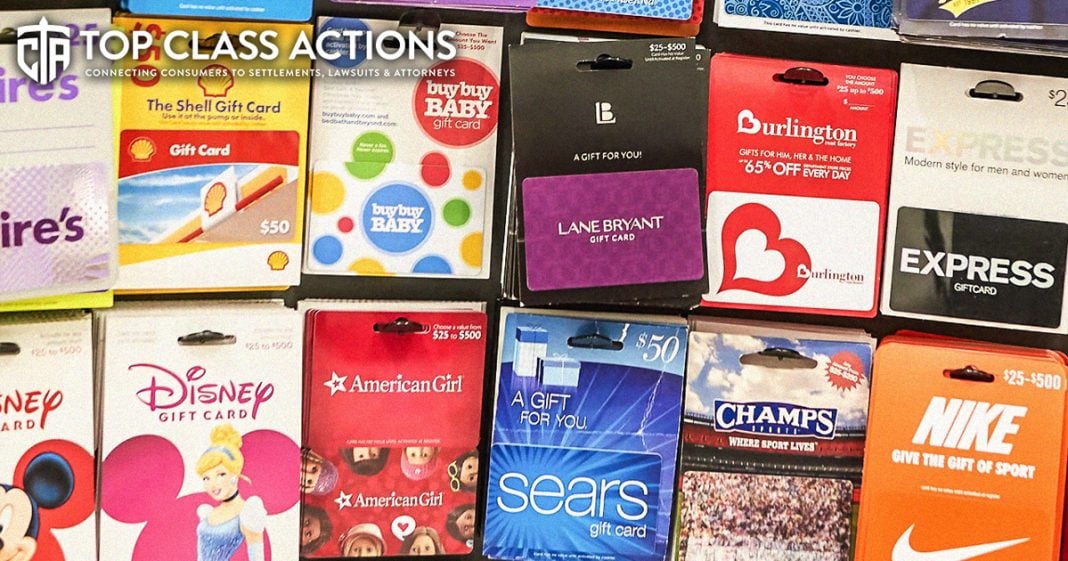 Sam’s Club doesn’t properly “load” gift cards with money, but the retailer refuses to refund the credited amount, according to a class action lawsuit. The plaintiff says that on two occasions in 2017 he attempted to purchase gift cards from the discount chain.  Ring of Fire’s Farron Cousins discusses this with Scott Hardy from Top Class Actions.

Farron Cousins:                  In recent years, it’s become more and more common when you’ve got a birthday, a holiday, any kind of special occasion rather than trying to find a gift that you know this person may or may not like you go for the gift cards. They have made shopping so much easier. Just let the person decide for themselves what they want to get. But as gift cards become more and more popular, so to do the problems associated with them.

Joining me now to talk about some of these issues is Scott Hardy from Top Class Actions. So Scott, right now we’ve got a lawsuit against Sam’s Club who actually offers their gift cards at sometimes slightly less than what the value of the gift card is. So, so you’re almost buying money, at least in theory, that is if they actually properly load the card and you can actually use it, which is part of what this new lawsuit is based on. Take it from there for us.

But this class action is alleging that they don’t always load the gift card. They don’t always load the gift cards and if they don’t load it correctly, you’re out of luck. And it’s a tricky situation. The plaintiff for this class action said it happened to them the first time they bought some gift cards at Sam’s Club. They found out they weren’t loaded. They went back to Sam’s club and after some negotiations there, Sam’s Club corporate eventually took care of it. They said great.

So he said, great pay me, just give me my gift cards and Sam’s Club corporate said no. Why they said no, we aren’t quite certain. If the local store confirmed that they didn’t receive the gift cards, it should be a very easy decision at that point, hey, give the guy what he’s owed, but that was not the case and now you’ve got this class action filed because that guy’s saying, hey, it can’t just be me who has now had two separate instances where he’s had issues with gift cards and getting the value that he purchased from those gift cards from Sam’s Club.

Farron Cousins:                  Right. So either this guy is just the unluckiest person ever when it comes to purchasing gift cards or there’s more of kind of a system wide failure happening at Sam’s Club and given what we’ve seen from Sam’s Club, the, you know, the Walton family that owns it. I am going to side with this guy and say there’s probably something screwy happening with Sam’s Club. And let’s be, be totally clear here. This is not some small amount of money.

The guy didn’t buy a $25 iTunes gift card. He bought $700 worth of gift cards the second time. The ones they didn’t give him and the store said, you’re right. We have proven via the video footage that we have that we didn’t do what we were supposed to do. We didn’t give you what you paid for, your $700 in gift cards, have a nice day.

That’s it. This guy’s just suddenly out $700 and now has to go through the ordeal of filing this lawsuit of dealing with the hassle, on top of the hassle he already had to deal with. I can’t imagine it was fun or pleasant sitting in that Sam’s Club, you know, in the office having to review the security footage with the manager, whoever it was, and then on the phone with corporate, this is despicable.

One of the little pieces of comfort they had when they had to use the bathroom. So then they brought that back and they apologized to their employees. So if they’re going to pull toilet liners out of their bathrooms, then you got to be darn tootin they’re not going to refund some customers $700 for something they may not have actually given him and they’re going to fight that thing tooth and nail.

Farron Cousins:                  And you know I’m, I’m not trying to imply that it is their policy to not properly even load the gift cards, but they do understand if an employee is not properly trained on this, when they go to ring it up, when you have the physical gift card, they have to put it in. They understand that a lack of training there is actually going to benefit the company. Because suppose you buy a $10 or $15 or $20 $25 gift card, you know a smaller amount and you give it to somebody and then that person goes along their way.

They go to use it, find out, oh it wasn’t properly loaded. That’s an awkward conversation to have with the person who gave it to you. And to be perfectly honest, if it is a smaller amount, most people aren’t going to have that conversation. So the person who purchased the gift card is never going to know that they are basically paid $20 for no reason. The person who received it doesn’t get that $20. That $20 now just sits in the Sam’s Club bank account and they don’t have to give what the person paid for. So again…

Farron Cousins:                  I don’t know if it’s intentional, but these screw ups do financially benefit the company. So it wouldn’t surprise me if there was a slight intention to any of this.

Scott Hardy:                          Right, because gift cards are sold by companies with the belief that you will not use them. You know, so that’s the whole reason they’re sold. They’re hoping that yes you can use it and give it to somebody and, but you know, they want you to not use those gift cards. They want you to not use the full balance of gift cards. That’s why they sell them. So it’s, it’s, it’s not just to make your life easier, but it is to hope that you’re not going to use that whole balance and that you might get that gift card and lose it. So to tie that in, when you’re saying you’re selling me a gift card that you’re, you’re hoping I’m not going to actually utilize and then if I buy it, you’re not even going to give it to me. Come on guys, make it right.

Farron Cousins:                  Absolutely. If anybody watching this has had any issues with gift cards that they’ve purchased from Sam’s Club or really any issues with gift cards, because we’ve spoken about this in the past, you and I have Scott, head on over to topclassactions.com. There are plenty of resources there, plenty of different class actions actually involving gift card scams. So if you’ve been the victim of one of those, please topclassactions.com has all of the information you could possibly need. Scott Hardy with Top Class Actions. I appreciate you taking the time to tell us this story today.