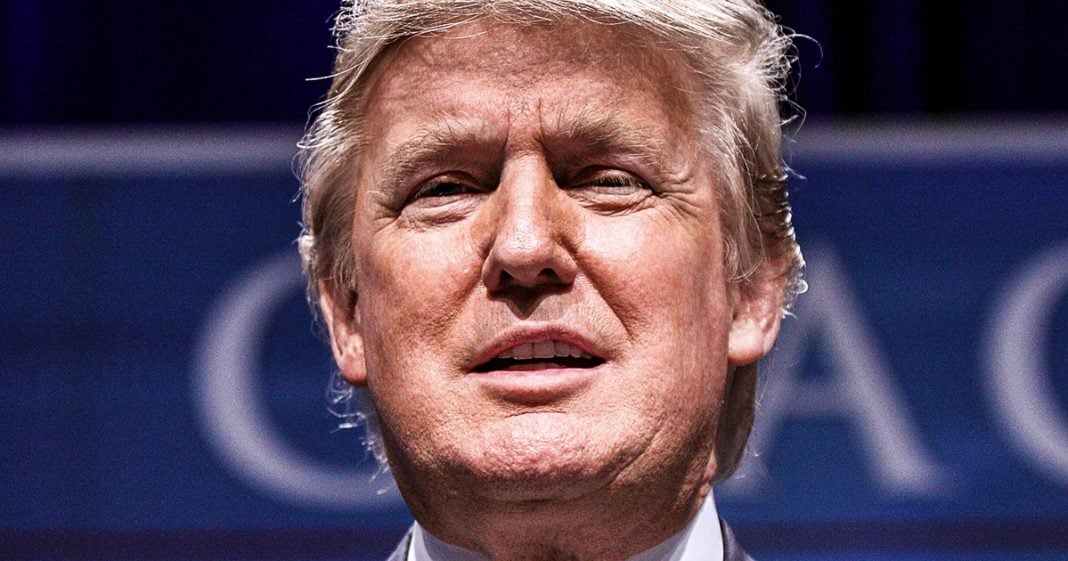 Economists have finished crunching the numbers, and the average American worker only received an extra penny – literally – from their employers last year in the form of bonuses. We were promised bonuses and raises from the Republican Tax Scam, but as predicted, they never materialized. Farron Cousins has some good advice for American workers on how to use that penny – let it serve as a reminder of the greed and corruption of the Republican Party.

In December of 2017 right? As Republicans, we’re finalizing and passing their tax cut package. Immediately after that we started getting all these wonderful reports of all these big companies out there handing out massive bonuses to their employees, well, modest bonuses to their employees and they all said it was because of this tax cut package. Well, year and a half or so later, we know that that was a complete lie even before this story I’m about to tell you, we all knew it was a complete lie. Most of us knew at the time that it was a complete lie. We now know that all those bonuses that had been given out were actually part of a, a new system that many corporations are moving to in the United States and had been for the four years prior to that where instead of giving employees raises, they would just give them a bonus at the end of the year. That’s what they did.

It was more of a scam on them and actually hurt the workers a little more. But that one particular year they decided to reframe it and say, nope, this is because of the Republican tax cut package were good companies. Most of these are one time bonuses. Sometimes it might actually continue all throughout. Uh, the rest of our existence was it turns out in 2018 bonuses in the United States to employees. Again, employees who are not otherwise getting raises, they depend on those bonuses actually declined.

They went down. So corporations got the pocket, billions upon billions of dollars and workers got less. Well, you can’t actually say less I guess because according to new numbers from the Bureau of Labor Statistics, the average bonus in the United States for American workers did increase last year by literally 1 cent average bonuses to American workers in 2018 increased by one frigging penny over 2017 after we were promised by this administration by Paul Ryan that we were going to get an extra 4,000 to $9,000 a year. Do you remember that talking point, those numbers, 4,000 to 9,000 somewhere in there is what we would all get and now it turns out we got one penny.

Luckily I have some helpful spending advice on what to do with that one penny. I want everybody to take a penny. Just get that penny, keep it with you at all times in a pocket, in a wallet and a purse, whatever it is. But keep that penny and every time, every time you see a republican out there talking about how great the tax cuts have been, whether it’s in person, if it’s in person, take out that penny and say, this is the raise you gave me. If it’s on social media, a picture of it and say, this is the raise you gave me. This is how much my bonus and wages increased the year after the tax cuts. One Penny. And I want you to keep that penny even after that. And here’s the most important thing you’re going to do with it.

You’re going to take it with you to the polling station in 2020 and when you get your ballot, you set that penny right next to it, and you’re going to look at that penny while you fill out that ballot. And you’re going to remember which party gave you that penny. And you’re also going to remember that at that party that gave you a penny, promised you you were going to get somewhere between 4,000 and 9,000 extra dollars, but instead, all they gave you was that one shiny penny. And that information is coming directly from the Bureau of Labor statistics at the federal government. This isn’t some kind of skewed report. This isn’t angry liberal economists telling us this, this is from the government itself, admitting that they only gave you a penny after promising you thousands of dollars.