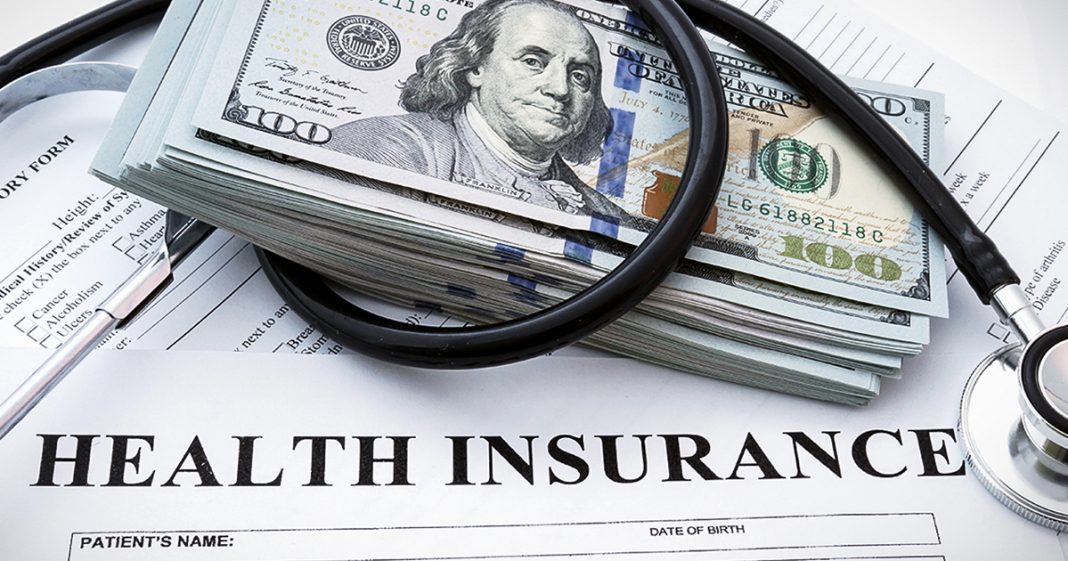 An insurance industry whistleblower came forward this past week to tell the country just how corrupt his industry truly is. Not only does the whistleblower tell us that the industry increases their profits by denying care, but also that they are the driving force behind the smear campaigns against proposals like Medicare For All. Ring of Fire’s Farron Cousins discusses this.

So earlier this week we talked about the fact that a, the United healthcare CEO was recently on a conference call where he said that this push for Medicare for all is going to destabilize the entire healthcare industry here in the United States. And we also said what a great thing that would be. But what we didn’t discuss at the time was the fact that that phone call where that CEO may dad was actually brought to the public’s attention by whistleblower from United care. And the reason this whistleblower came forward is because they said they wanted the public to know, they want the public to know how corrupt this industry is, how they’re fighting Medicare for all. And we’ll get that, uh, to that. And just a moment. And also how they make so damn much money because United health pulled in roughly $17 billion in profits last year, 17 billion in profits. And this whistleblower says that they’re able to do that by denying care to their customers. It’s how they make most of their money. They don’t make money paying out claims and doing what they’re supposed to contractually be doing. No, they make money by denying claims that should rightfully be paid.

And that tells you everything you need to know about why the insurance industry has to die, not needs to die, has to, it’s done. It’s over with. And I’m honestly almost tired of having this conversation of people, oh, woe is the insurance industry. What are they going to do? People are gonna lose their jobs. Oh, you know what? First of all, the good people in there, they’re not going to lose the jobs if we passed medicare for all, because guess what? We’re going to need claims administrators, plans, administrators, things like that, and they can just move over into this other sector and work for the government where they’re going to get better benefits anyway. They may not have to work on commission anymore. They can help people, which is what most of them actually started out doing before they got corrupted by the bonuses and the commissions and things like that. Chasing the money instead of chasing help.

So there are going to be just fine. The people who won’t be fine or the shareholders, the executives and the CEOs like this jerk who just announced like, oh, it’s going to destabilize us, so I got to stabilize the healthcare industry. What it’s going to do is destabilize your profit margin. It’s going to destabilize your bonuses and it’s going to destabilize your multimillion dollar paychecks every single year. That’s what you’re concerned about. You’re not concerned that, oh, people aren’t going to be able to go to the doctor and that’s what you said, but that doesn’t concern you whatsoever. Hell of more people. Don’t go to the doctor. Doesn’t that mean more money in your pocket? In fact, we’re finding out now, thanks to new reports that people with health insurance are still delaying care because they can’t even afford the deductibles that their insurance plans have now. Healthcare industry stocks right now, insurance companies, pharmaceutical companies, hospital corporations are starting to drop every day and they’re supposed to. They should. This is what needs to happen is I have repeatedly said, this is an industry, all three, you know, medical corporations, big Pharma and insurance. They’ve had decades to fix the problems, but rather than fixing them, changing the way they do business, doing better, they actually got worse. For that reason, they deserve to go.

We can do better with Medicare for all. We can do better. Ensuring that every single American citizen can walk into a doctor anytime they want, not have to worry about the cost. That’s what we’re talking about here. That’s the goal. To me, I do believe it is an inevitability. So those in the healthcare industry, the CEOS, the greedy executives, the shareholders take note because we’ve had one whistleblower come forward already and exposure, dirty, corrupt and dangerous schemes. He is exposed the money that you were paying to these front groups to fight Medicare for all and run these deceptive ads about how horrible it will be. Pharmaceutical companies are doing the same thing and so our hospital corporations more and more whistleblowers can and should come forward. Tell us what you know about your company. Tell us what their funding, tell us about the propaganda they’re pushing out. And I guarantee you if we make the calls loud enough, more and more whistleblowers will come forward. And all that’s going to do is hasten the calls for Medicare for all here in the United States. And that is precisely what has to happen now.