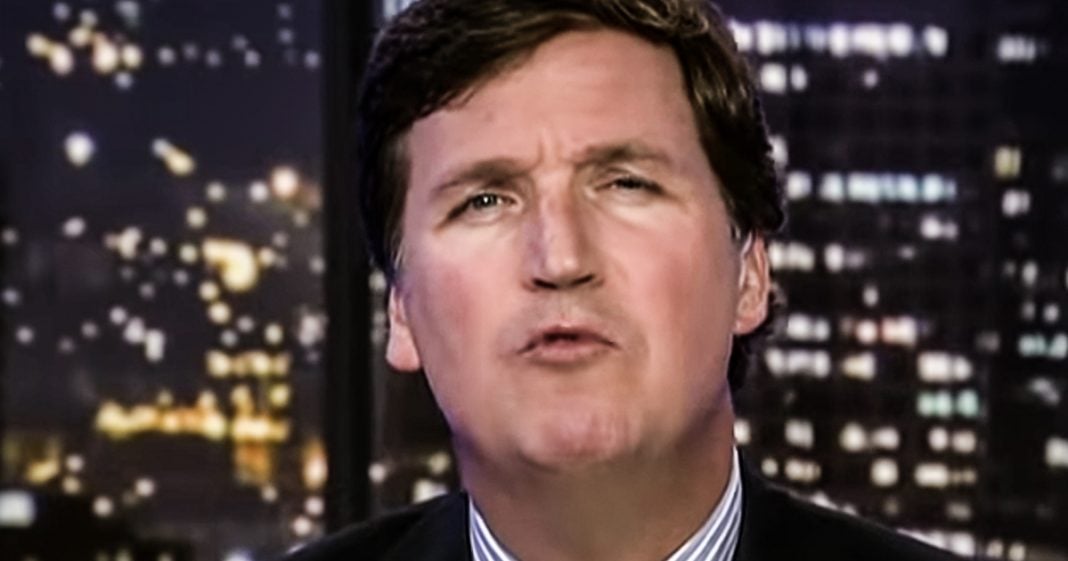 Facebook must not understand what “fact” means because the social media giant is teaming up with one of the worst online “news” organizations around. That organization is The Daily Caller, co-founded by Tucker Carlson of Fox News. Nothing about that site is factual, yet Facebook trusts them enough to tell them which sites can be trusted. This will only end badly, as Ring of Fire’s Farron Cousins explains.

But that is exactly what Facebook is doing. They have a new partnership with a group called check your fact.com which is actually owned and operated by the Daily Caller. But don’t worry because the Daily Caller swears it’s totally a nonpartisan group, but it’s not. It’s the Daily Caller of which Tucker Carlson of Fox News owns a majority of that company. So by extension, Facebook looked at the problem of fake news on their site, looked at all the propaganda and misinformation flowing for the last few years and they said, you know, who could help us fix this? Tucker “Yum” Carlson. That’s why they went with they thought, Huh, I know the Daily Caller has been pushing conspiracy theories and lies and fraudulent stories for years. But man, wouldn’t it be cool if we hired them as our fact checkers? And then they actually did it. snopes.com, uh, had been one of the fact checkers working with Facebook cause they do have several, uh, but they recently left because they said the thing is so disorganized and dysfunctional and Facebook shows no interest in listening to us. So we’re not even going to partake in this and waste our time. And Snopes is one of the most credible fact checkers that’s been around for a lot longer actually than most of the websites. They’re now having to fact check.

It’s even worse though. Um, according to an investigation by wired that actually came out earlier this week, a, a vice president at Facebook had argued in a meeting one time that sites like the Daily Caller and Breitbart should be given just as much attention, exposure and I guess credentials as actual mainstream media outlets as your, as your CNN, MSNBC, NBC, CBS, ABC. And yes, I know corporate media does suck. I’m not defending them, but they don’t just routinely go out there and lie. Corporate media sucks

because they don’t tell the stories they should be telling you, but that doesn’t mean they’re lying. It’s more of a lie of omission. You’re not going to find out about the products that are out there killing consumers on corporate media. You’re not going to find out about the latest pharmaceutical drug that’s been jacked up to 800000% in price, but oh, it also, you know, gives you cancer. They’re not going to talk about that. That’s why I have a problem with the corporate media. But are they flat out liars when they talk about Democrats or Republicans sometimes. Sometimes they get it wrong, but for the most part they don’t. But this guy, this VP at Facebook, according to the wired investigation, says let’s treat Breitbart and Daily Caller the same as these other outlets. There is no facts on either of these sites. There are no facts on them. Daily Caller is the one who pushed the conspiracy theory that all we found naked photos of AOC. This is bad. This is very bad. And Facebook is incredibly stupid and naive for trying to team up with the Daily Caller to be one of their new fact checkers. And I can promise you like just about everything with Facebook, this isn’t going to end well for anyone.