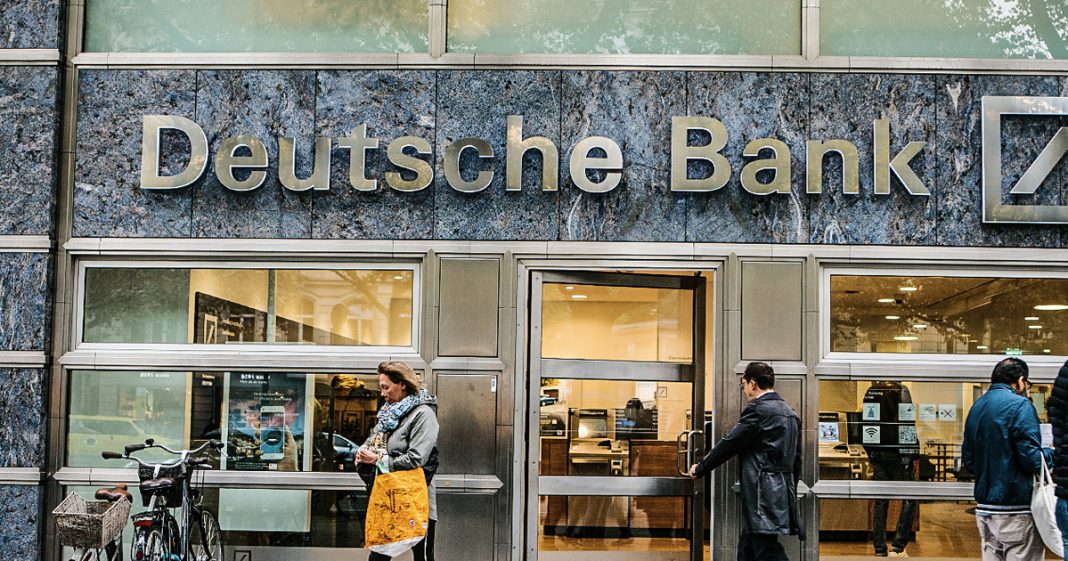 Democrats on the House Financial Services Committee have sent subpoenas to nine banks that have done business with Donald Trump in an attempt to get information about Trump’s finances. The President has made it clear that he will not willingly give up any of that information, only furthering the idea that he has something criminal hiding in his financial statements. Ring of Fire’s Farron Cousins discusses this.

I know everybody was super excited and then super disappointed. But then kind of excited again about the Mueller report coming out this week. And I’m going to say what I said shortly before it was released. It really doesn’t matter because there’s better investigations happening right now. In fact, there were better investigations happening on that same day that the Mueller report came out. Here’s what’s happening while everybody’s being distracted about by the redacted Mueller report. Democrats on the House Financial Services Committee have subpoenaed nine banks

And Deutsche Bank came in and said, yeah, sure, what the hell, we’ll give you some money. He also lied to them allegedly based on documents we’ve seen, uh, about his net worth. And so they said, sure, we’ll over the next few years give you $2 billion. And they did. And he got it. And the evidence suggest that he lied about his net worth to get that money, which would 100% be bank fraud, which is a prosecutable offense up there in the state of New York where Donald Trump would not be able to pardon himself if he were to be convicted of this. And that’s why the man is fighting tooth. And nail to prevent any of these records from making it public. That’s why he doesn’t want his financial records out there. It’s why he doesn’t want his bank records out there. It’s why he doesn’t want his tax returns out there because one of those is not going to mesh up with the other one. I’m betting the tax returns are not going to match up to the bank records, meaning his tax returns are going to show he was worth this much, but he told the banks he was worth this much.

That’s fraud and it’s illegal and people go to jail for it all the time. The president of the United States would be no exception and that’s why he wants to hide it and that’s one of the main reasons Democrats want to see it because they can actually do something about it. Not only can they investigate it and get those documents, but they can then send it up to the prosecutors in New York. They don’t have to go through impeachment. They and they probably would, which I do think would be a mistake because you never going to get the Senate to convict. I say send it all back to New York, sent it up to that wonderful age they’ve got. She is doing phenomenal work. She is kicking ass and taking names and she will have no problem taking his name too. But the other reason that they’re subpoenaing these banks because they believe there is criminal activity is based on what Michael Cohen said during his congressional testimony.

If Cohen was telling the truth, which Trump swears he wasn’t and he does have a history of lying to Congress, but if he was telling the truth, then yes, we have a very clear path towards bank fraud and prosecution after we find it. That’s where we should be focusing. If we choose to focus on investigations, Mueller is done. Mueller’s over. Forget about it, let it go. You really want an investigation to take down Donald Trump, start paying attention to these tax returns in the bank records and those investigations because those have a lot more promise and are a lot easier to prove than anything that Mueller was looking at.