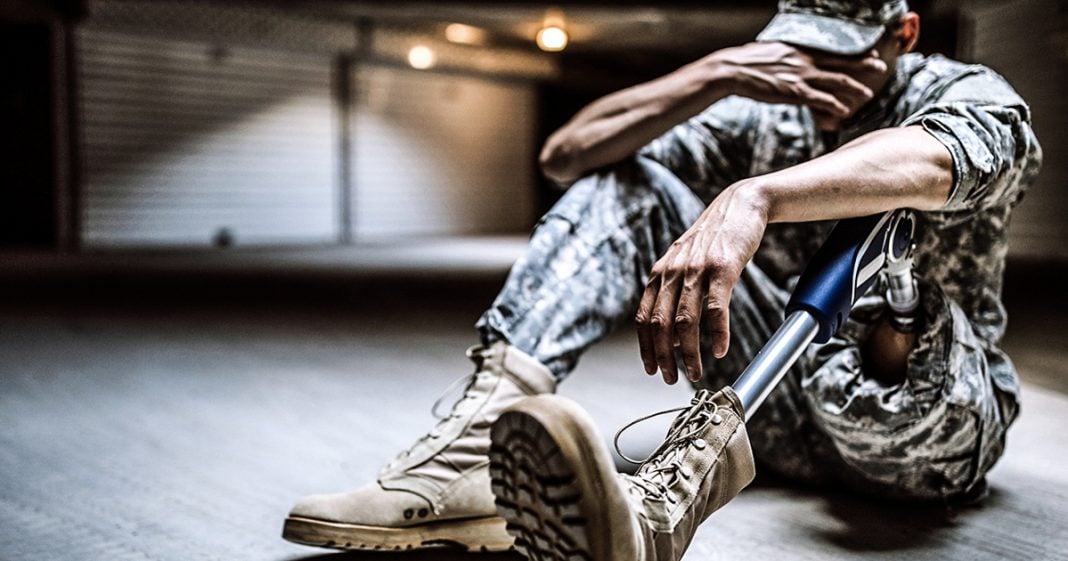 The Trump administration is reportedly working on a proposal that would give them the authority to spy on disability recipients’ social media accounts to make sure that they are really disabled. This spying would include veterans who receive disability payments. This is an egregious violation of civil liberties, but this administration certainly doesn’t seem to care about the rights of individuals. Ring of Fire’s Farron Cousins explains the proposal.

Well, the Trump administration is taking steps right now to further erode our civil rights here in the United States. And they’re actually drafting a policy that would allow this administration to spy on people receiving social security disability payments to spy on them via their social media pages, Instagram, Twitter, Facebook, whatever it is. If you get social security disability payments, this administration is drafting a new proposal that would allow them to spy on you to make sure that you are actually totally disabled and not just trying to scam the system. Now, this isn’t just your average American citizen who happened to get disabled and is on those social security disability payments. This also applies to us veterans. So if you went out there, risked your life in an unwinnable war based on lies and came back to the United States disabled, the Trump administration wants to spy on your social media.

So not only is this an invasion of our privacy, but it also is kind of a blanket excuse for this administration to kick well deserving people off of these programs. Just to save a little bit of money mean after all, they always tell us that there’s moochers out there taking welfare when they don’t need it. Taking food stamps and buy and lobsters with them and getting disability payments when they aren’t actually disabled. The fact is those things are actually exceptionally rare and you would be hard pressed to find a single case of it in the last three, four months. It’s not something that happens every single day. Yeah, there’s bad actors, but there’s bad actors in every single sector in every single way of life on the planet. Politics, doctors, lawyers, teachers, firefighters, police officers, even Internet commenters. There’s horrible people out there everywhere and they will always try to take advantage of the system.

But that doesn’t mean that we need to erode the rights of people here in the United States because you want to save a few dollars by kicking well deserving people off of these programs. Here’s what specifically they’re looking for. Um, say for example, you’ve, you’ve hurt yourself, you have a debilitating injury, but you’re still able to function. So if you’re receiving disability payments and they see pictures of you on Facebook, maybe you’re out going for a jog. Oh, well that person doesn’t look disabled anymore. We’re going to kick them off. Maybe you have a neck or back injury and you got a picture of yourself holding your kid and they say, well, somebody with an injury like that wouldn’t, wouldn’t be be able to pick up the kids. So obviously they’re lying. Obviously we’re cutting those payments as a person who was in a major car accident back in the summer of 2007 um, I live with permanent pain and permanent physical injury.

Does that mean that every time somebody sees me out in public, they understand that I am in pain or that I have these permanent injuries? No. Most people have no idea. That doesn’t mean it’s not there. That doesn’t mean that I go back inside my house and have to sit down and be like, oh my God, this hurts right now. You hide it. Not because you have to, but because you’re just used to it because you don’t want your kids to think that you can’t pick them up because you don’t want them to think. You can’t go run around in the backyard with him for five minutes because you don’t want everybody constantly asking, are you okay? Is Everything all right? You okay there? No. That’s what a lot of us do now. I’m not disabled. I’m not receiving social security payments, but there are plenty of people out there who are, and yes, they’re much worse off than I am, but they still manage to get through their days. They still managed to go out and have fun. That doesn’t mean that they don’t deserve these payments in that they are not disabled, but this administration wants to take away their ability to not have to be disabled all the time, to forget about their injuries, to post pictures of themselves being happy or going on trips or playing with their kids. This administration wants to take that away from them because they simply don’t care.