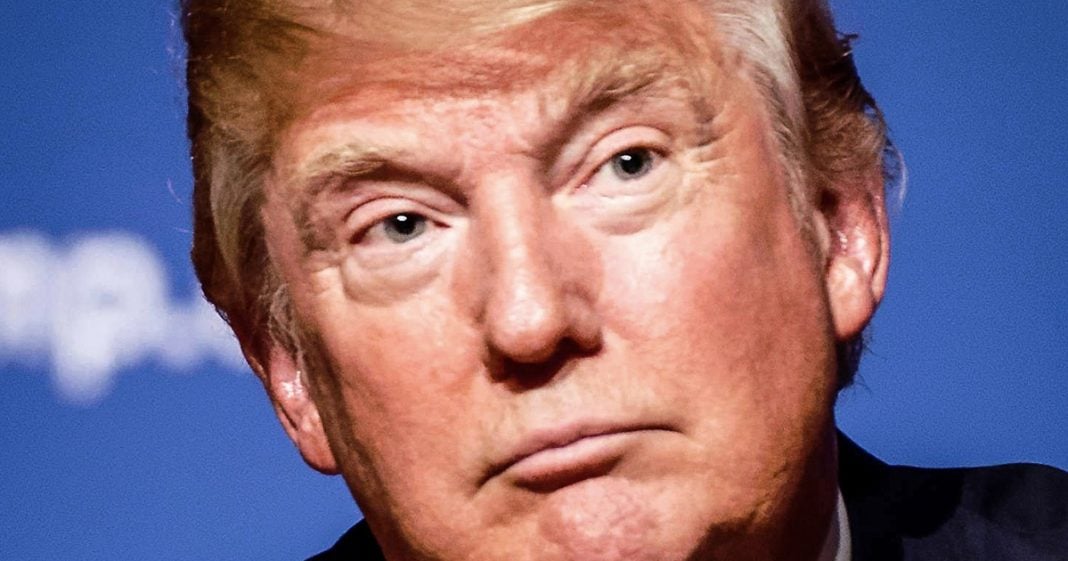 Donald Trump has now been in office for a little over two years, but he has yet to enact a single policy that actually helps or otherwise benefits average Americans. Corporations are doing better than ever, but American workers are struggling, our taxes actually WENT UP, and his tariffs and immigration fights are harming our economy. He hasn’t done anything to help us, and Democrats need to hammer that point every chance they get. Ring of Fire’s Farron Cousins discusses this.

I’m going to for a moment here, offer some free campaign advice for every single Democrat, not only running for president but running for Senate in 2020 running for the House of Representatives in 2020 running for local government in the next year and a half. And here is my free advice to you and it’s really just one line. This is one line that I want to hear every single Democratic candidate repeat from now really into eternity because it doesn’t only apply for the 2020 election, but I hear it is name one single policy, the Donald Trump or the Republicans in the last five years, 10 years, and one policy that these folks have enacted that has made your life better. Okay.

That is the question that I want Democratic candidates to go out there and ask the American public just one, not just one question, but just one policy. Give me one policy that Republicans have enacted that has made the lives of average American citizens better.

Honest to God, the answer is that there isn’t one, especially not in the last two years under Donald Trump. The man has been in office for a little over two years. Okay. What are his big accomplishments? Well, we got the tax cut package pushed by Republicans. Uh, now that we’re getting all the tax info in, we’re learning that, oops, a lot of middle class people actually had their taxes go up and I’m not just talking about getting a smaller refund. The most recent set of data says that a lot of these people actually had their taxes increase under the Republican plan. So you can’t say that that helped average American workers, but if you’re in the top 1% and you just bought a private jet last year, you can write off 100% of the cost of that. So that helped the wealthy elite, but not average Americans.

Second thing he’s done, he’s appointed some conservative justices, not just to the supreme court, but to courts all over this country, totally reshaped the judiciary. How does that help average Americans? It doesn’t. It helps corporations. It helps the top 1%, but they’re going to continue to erode your civil rights. They’re going to continue to erode your consumer rights so that when one of these corporations screws you over, you get injured at work, or they dump toxins into your aquifer and you start drinking those toxins for years, these judges are going to side with the corporation. It’s what they do. That’s why Republicans picked them. So that didn’t help you. And then of course we have a, that’s it.

That’s really it. Those are the two things this guy is done in two years. If you want to talk about tariffs, be my guest because that has driven farmers in the United States. You know, average Americans to a record number of bankruptcies. And he actually wants to put $11 billion in more tariffs on goods from the EU just for good measure, because he’s an idiot. So that’s not helping anybody. I want Democrats to honestly go out there and ask people, what has Trump done to make your life better? Just make sure you’re not asking that to a CEO because they’ve got a long list of things. Ask it to the average American. Ask a teacher what Trump has done to make their lives better? How are their lives better today under Donald Trump, ask a farmer. Ask anyone that makes an average income here in the United States and don’t do it. Condescendingly I honestly want to know, I want to know policy wise, why average Americans would ever vote for a Republican. Because for the life of me, I can’t come up with a single idea or policy that they have enacted or proposed in the last decade or more that would have benefited anyone other than the top 1% that is the only group the Republicans care about. And when you actually sit down and think about it, you realize that I’m 100% correct on that. And Republicans haven’t done anything for middle class Americans pretty much in our entire lifetime.