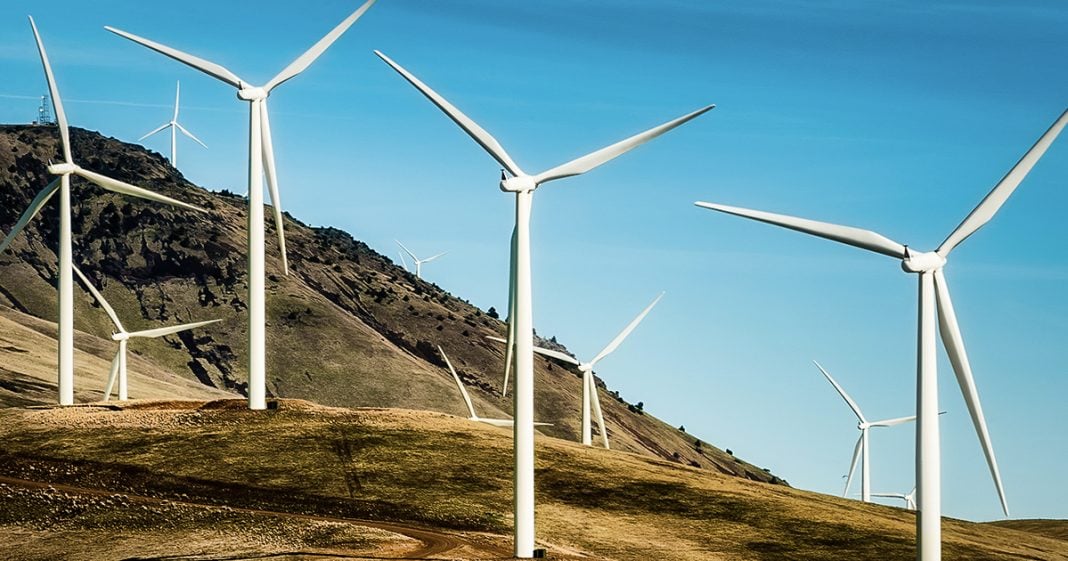 Republicans across the country are trying to pass legislation at the state level that would prevent wind farms from being built in their states. This is an egregious abuse of power that is only meant to protect fossil fuel interests, and it is also a death sentence for the environment. If this country does not start switching over to renewable energy we are going to run out of time to make a positive impact on the planet and reverse the expected damage from climate change. Ring of Fire’s Farron Cousins discusses this.

You know, I still have not gotten over the fact recently the Donald Trump told us that windmill noise causes cancer. That’s not something I’m ever going to forget. That’s not something they ever going to let go of. I think for me, that is something that proves beyond any reasonable doubt that Donald Trump is suffering from some kind of mental illness. But since he brought up wind power, and since it is something that is important in the United States, we need to seriously take a look at what kind of work Republicans are doing to help kill wind power here in the United States. Uh, recently think progress put out a phenomenal piece. Talking about all of the threats to win power coming from Republicans and Republican funded groups all over this country. And there are some areas like in North Carolina where they’re actually trying to outright ban wind farms. That’s how far they have escalated their war on the wind. They’re trying to ban them and they’re, they’re doing it because they’re saying that these wind farms, the giant windmills are a threat to national security. No, repeat that again. Republicans in North Carolina think windmills are a threat to national security, so they’re actually coming up with legislation right now because there’s military bases up there in North Carolina that would prevent wind farms from being constructed, uh, within about a hundred miles of the coast, a hundred miles of any kind of military base. You can’t do it because God knows those windmills are a threat to national security. Maybe it’s because of the windmill cancer, I don’t know. They didn’t specify. It’s just the windmills and there’s giant spinning blades are a threat to our national security.

Sure. Whatever or, or could it be that wind mills or the future of energy here in the United States? Could it be that because the prices on renewable energy are dropping to the point where they might actually be lower than some fossil fuels and you’re worried about mining operations are drilling operations or fracking operations in your own state and you want to protect those fossil fuel interests by coming up with absurd claims like wind power is a threat to national security. Renewable energy would actually increase our national security here in the United States. We would no longer be dependent on other countries to send us oil to send us coal to send us other fossil fuels that continue to destroy the environment. We would be far more self sufficient. Hell, eventually we could be 100% self sufficient and not rely on any one of these horrible trade partners that we have. You know, a lot of the fossil fuel comes from unstable countries who would just as soon stick a knife in our back when we turn around, why not get rid of that? Why put us at risk having a bow down to them sometimes quite literally with Saudi Arabia turn the back on all of their human rights abuses when we could just say, nope, we’re going to go renewable.

Sounds like a no brainer to me. But then again, no brainer is a great way to also describe many Republicans here in the United States, specifically those who are trying to outlaw wind power because it’s a national security threat, allegedly in other states across the country, Oklahoma, Texas, Ohio, Indiana, North Dakota, you have these Republican funded groups, a lot of them taking money from the Koch brothers and their various organizations who are fighting to get rid of subsidies for wind power because they’re claiming that it’s just unfair to the whole energy sector and it can throw off their energy economy and just make everything all haphazard and crazy. If we continue to subsidize renewable energy now they don’t care about all the subsidies going to the fossil fuel companies, which now federally, uh, to the tune of about $7 billion. We’re just giving out to these multibillion dollar companies.

But yeah, it’s the, the subsidies to wind power that are really a threat to the economies, right? No, and that’s, that’s what’s remarkable about this is that wind power, solar power, all of that is getting better. It’s getting cheaper. It’s expanding, and it’s all happening in spite of the fact that fossil fuel companies are still being propped up by the federal government. This shows that this is unstoppable. The world is changing, and Republicans don’t want it to, their donors don’t want it to, but no matter how hard they try, no matter what kind of backwards legislation they try to pass, renewable energy continues to survive and grow and evolve and become better. They cannot stop it at this point, but that doesn’t mean they’re not going to continue to try every single day. But at this point, and this is the optimistic part, this the hopeful part, at this point, all of their attacks so far have been complete and utter failures, and we have no reason to believe that any future attacks won’t end the exact same way with Republicans looking like idiots and renewable energy continuing to be the more viable option, not just for energy production, but to also help save the planet.